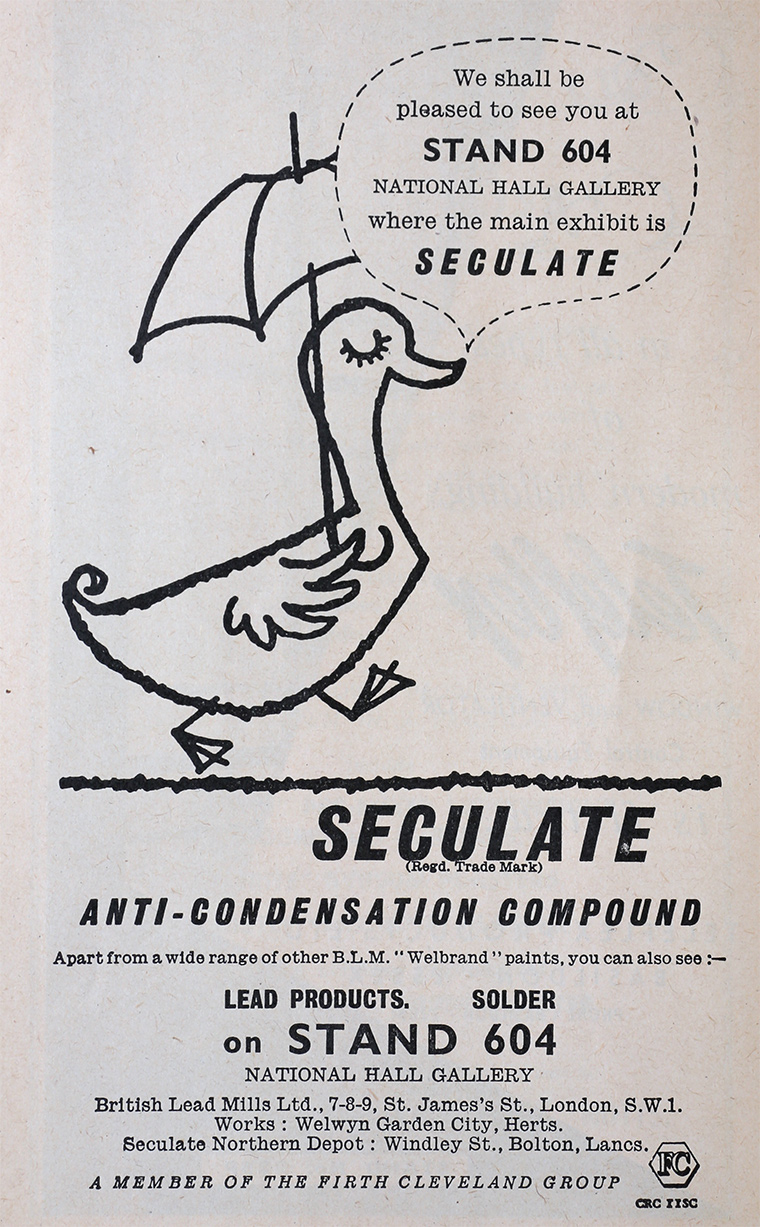 Makers of lead pipe for the building industry and the chemical industry; one of the few producers (1949) of antimonial lead pipe and sheet.

1949 Profits in lead threatened by high price of lead and potential for substitution by alternatives. Increase of share capital of the company to be able to take advantage of opportunities that may occur[2].

1952 Private company, British Lead Alloys Ltd, formed to bid for those parts of British Lead Mills Ltd and British Copper Tubes Ltd dealing with the refining of scrap lead and the manufacture of lead alloys[4].