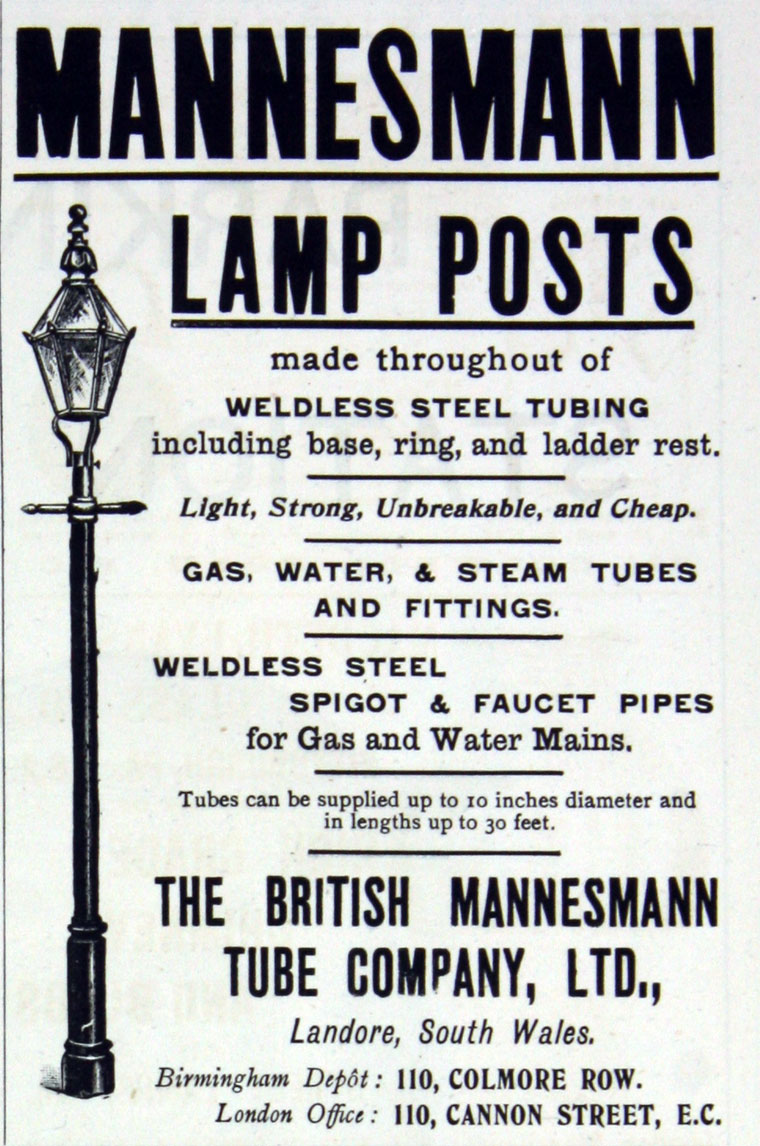 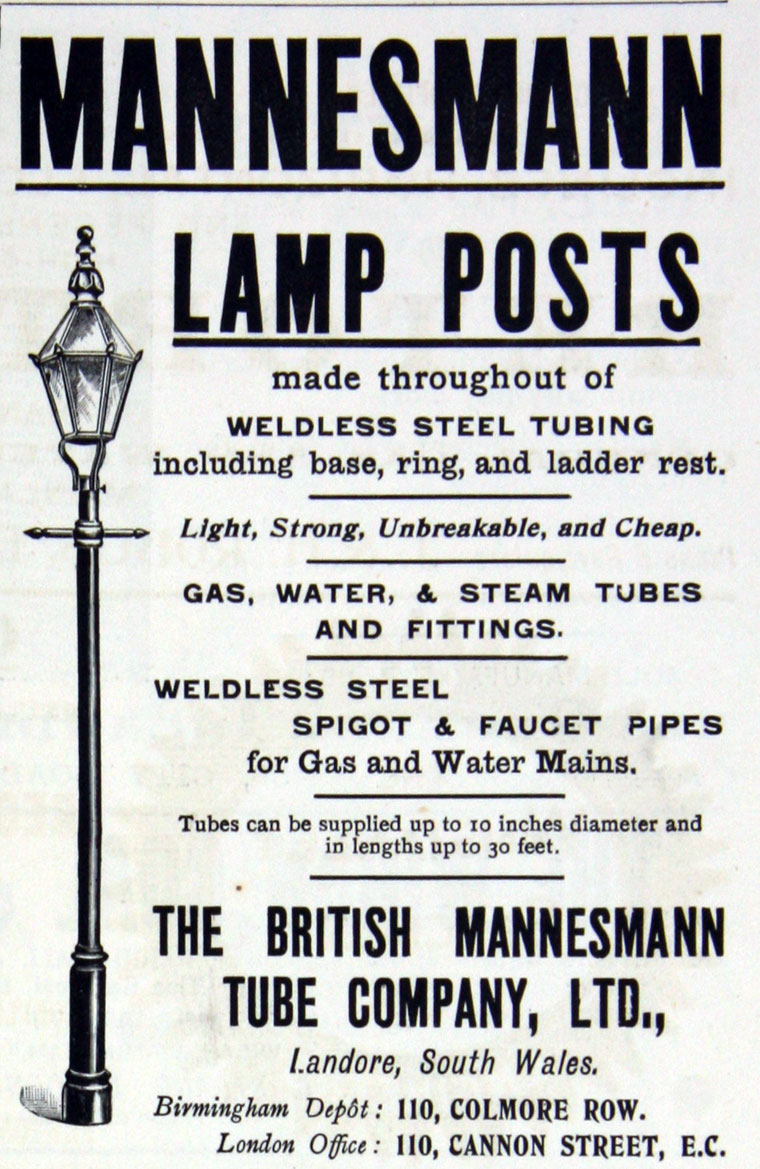 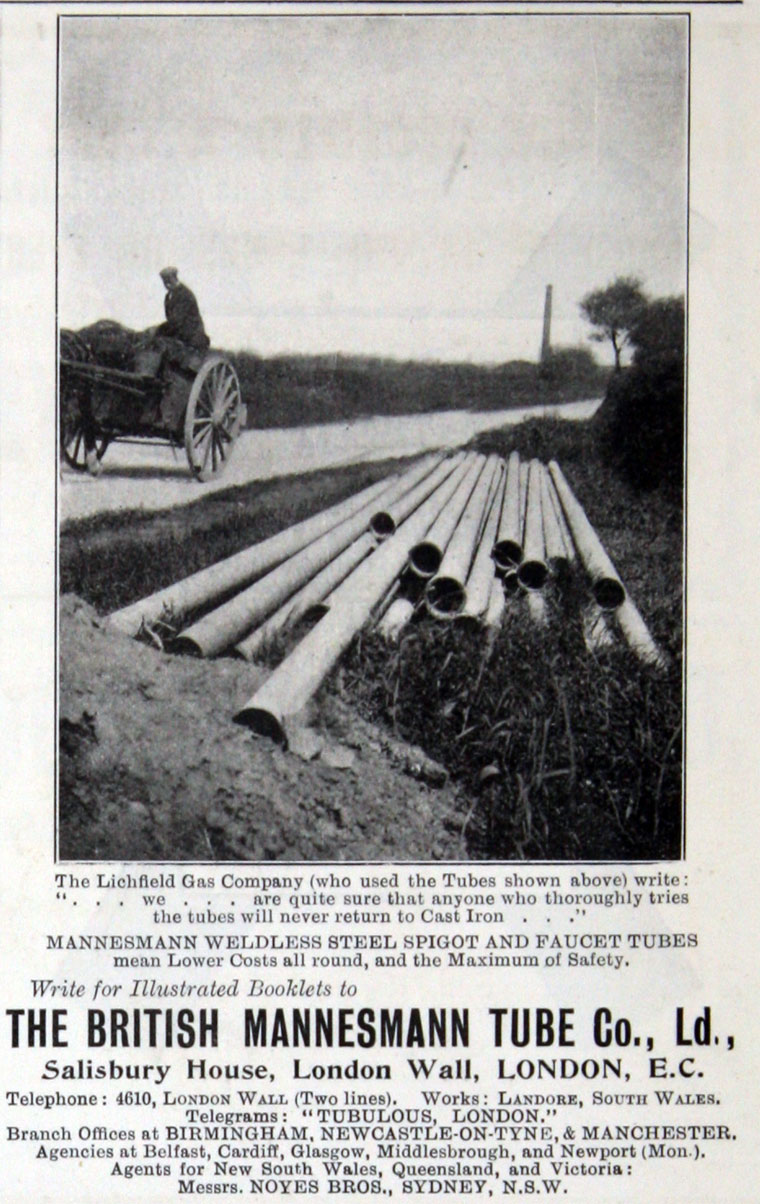 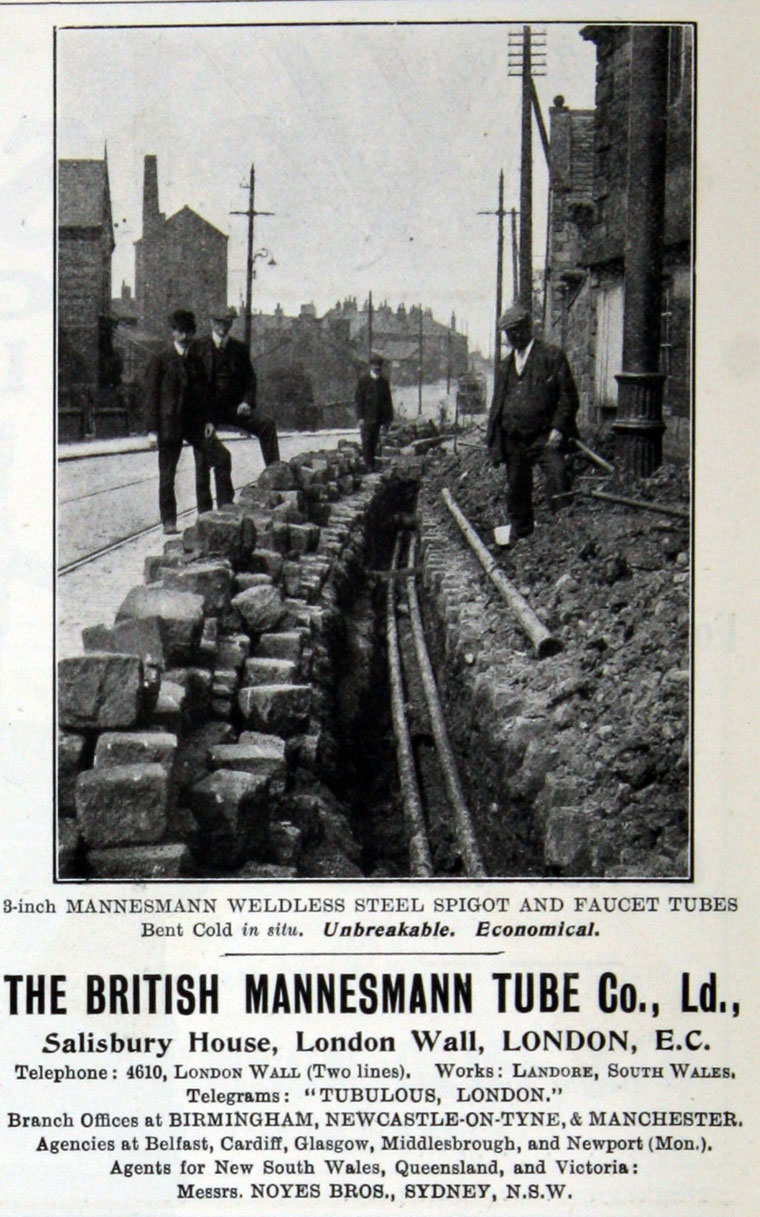 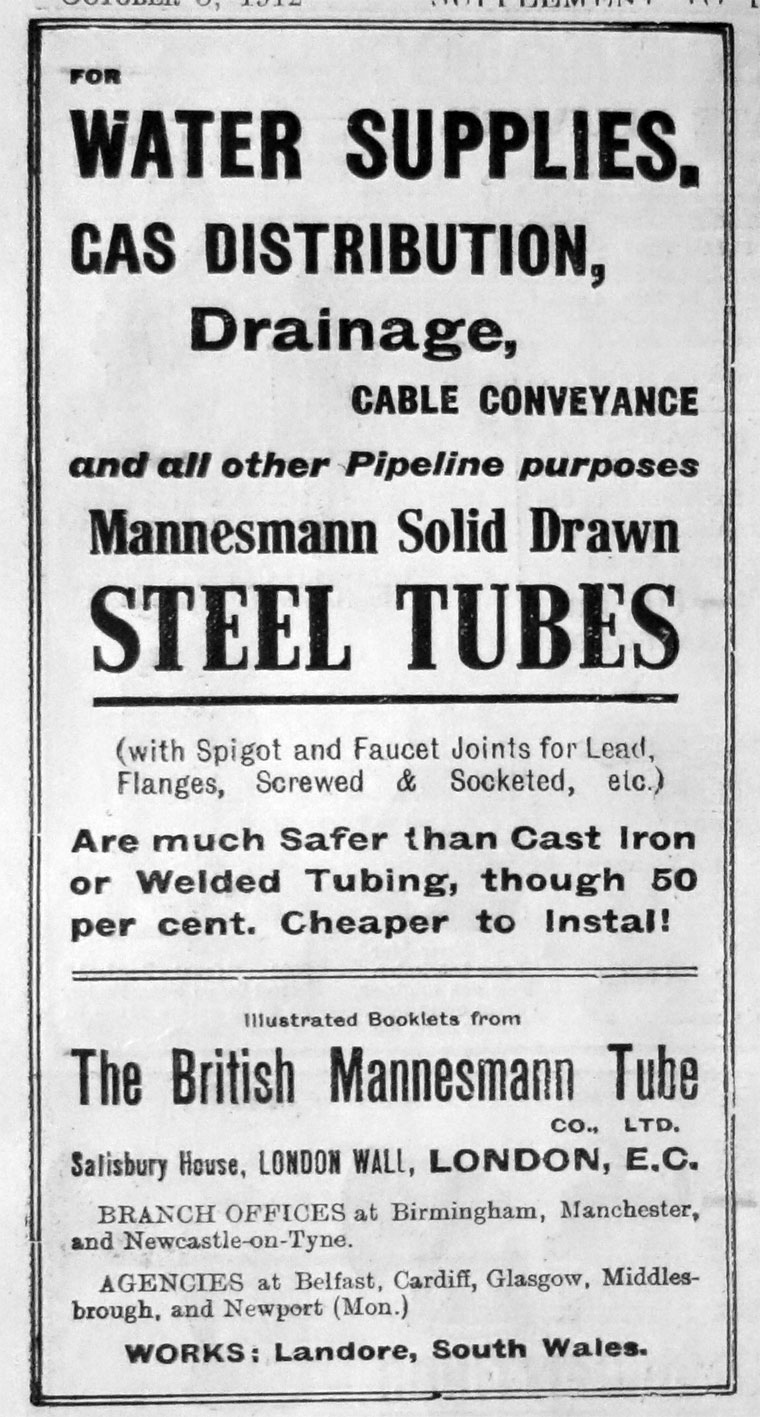 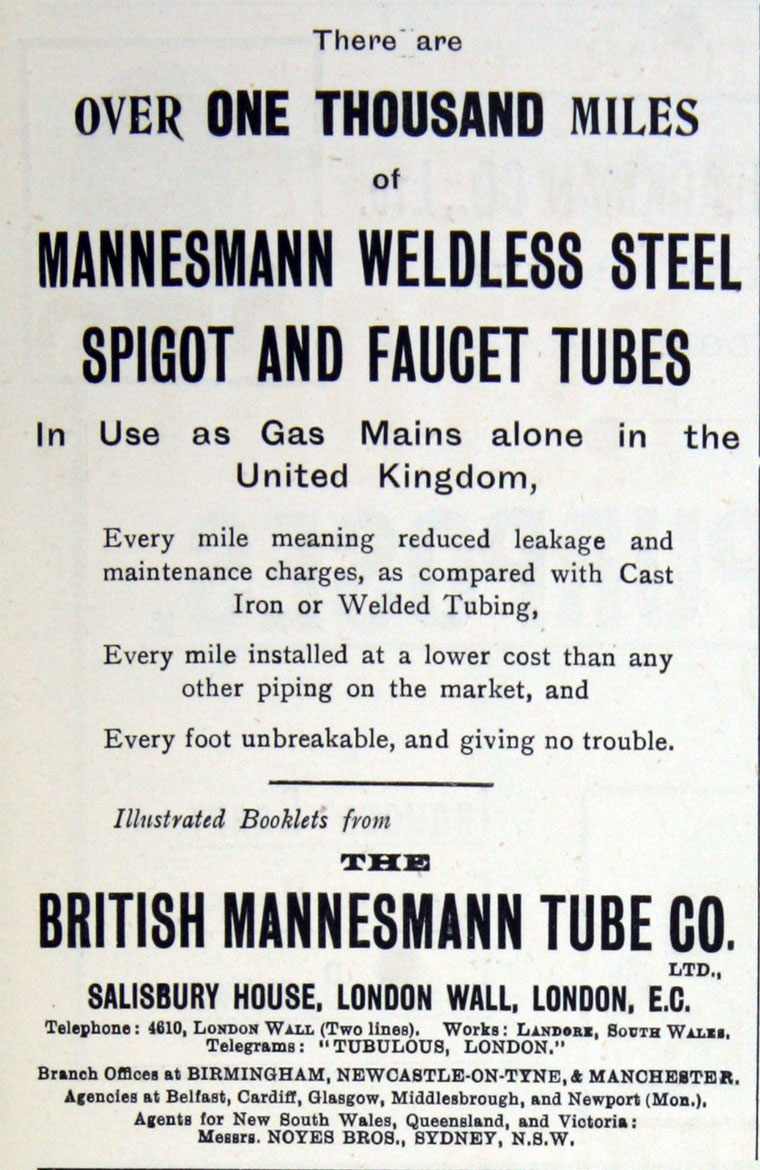 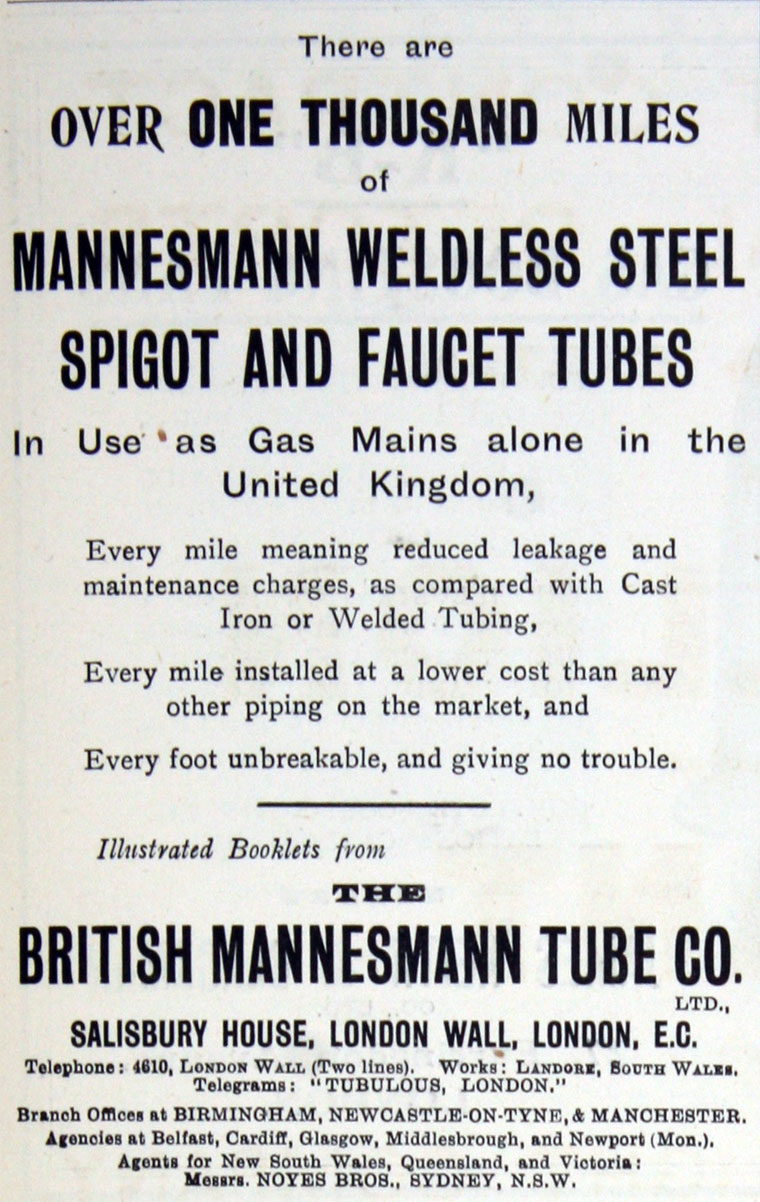 1913 In order to meet increasing demand, the site for a new tube works was found at Newport, Mon.

WWI As an Austro-German owned firm, the company was taken over by The Custodian of Enemy Property and continued to produce materials for the war effort. Extensions to the plant were authorised by Engineer Captain Richards (Royal Navy) and were in progress or planned at the plant by May 1916.

The works were not returned to the previous owners after hostilities ceased.

1918 The new works was brought into operation. The company decided to restrict the manufacture of the smaller tubes to the Landore works, whilst tubes above 6 inches and up to 16 inches outside diameter would be produced at the Newport works.

1926 The Mannesmann Tube Works, Landore, near Swansea, restarted operations with supplies of foreign coals, with the hope of being able to maintain work, as they have sufficient coals, it was estimated, to last to the end of the coal stoppage.[9]

1914 Work began on construction in early 1914, just east of the Orb Steelworks.

It is unclear whether the works operated during WWI although an official source states that the factory opened in March 1916 for the manufacture of steel and iron tubes. The first products were also said to be forgings for shells and gas cylinders.

1916 Extensions to the plant were authorised by Engineer Captain Richards R.N. and were in progress or planned at the plant by May 1916

By 1921 the works were well established

As an Austro-German owned firm, it was taken over by The Custodian of Enemy Property and was not returned to the ownership of the Mannesmann family until 1926.

The works continued to produce tubes until 1972.