Grace's Guide is the leading source of historical information on industry and manufacturing in Britain. This web publication contains 140,031 pages of information and 227,378 images on early companies, their products and the people who designed and built them. 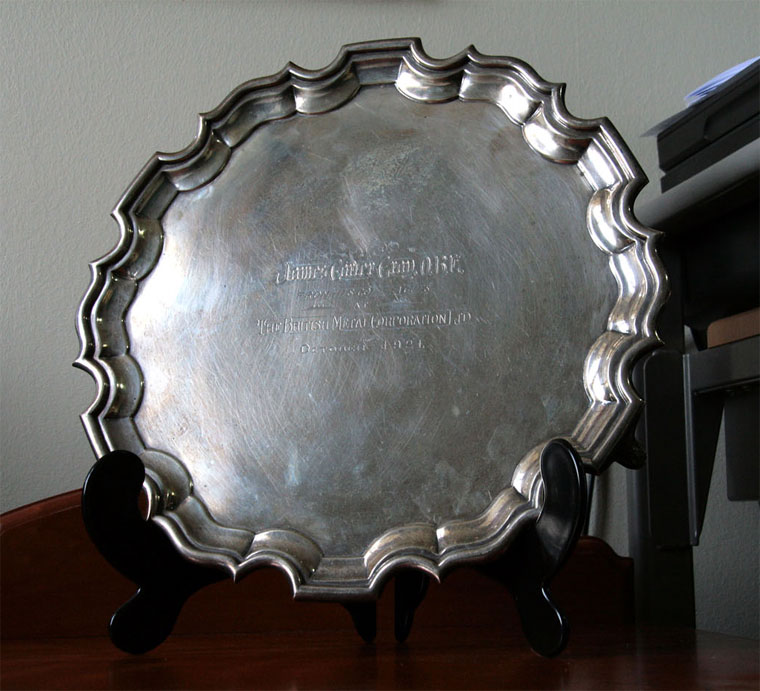 1921. Silver plate awarded to James Carter Gray OBE for his services to BMC.

1921. Inscription on silver plate awarded to James Carter Gray OBE for his services. 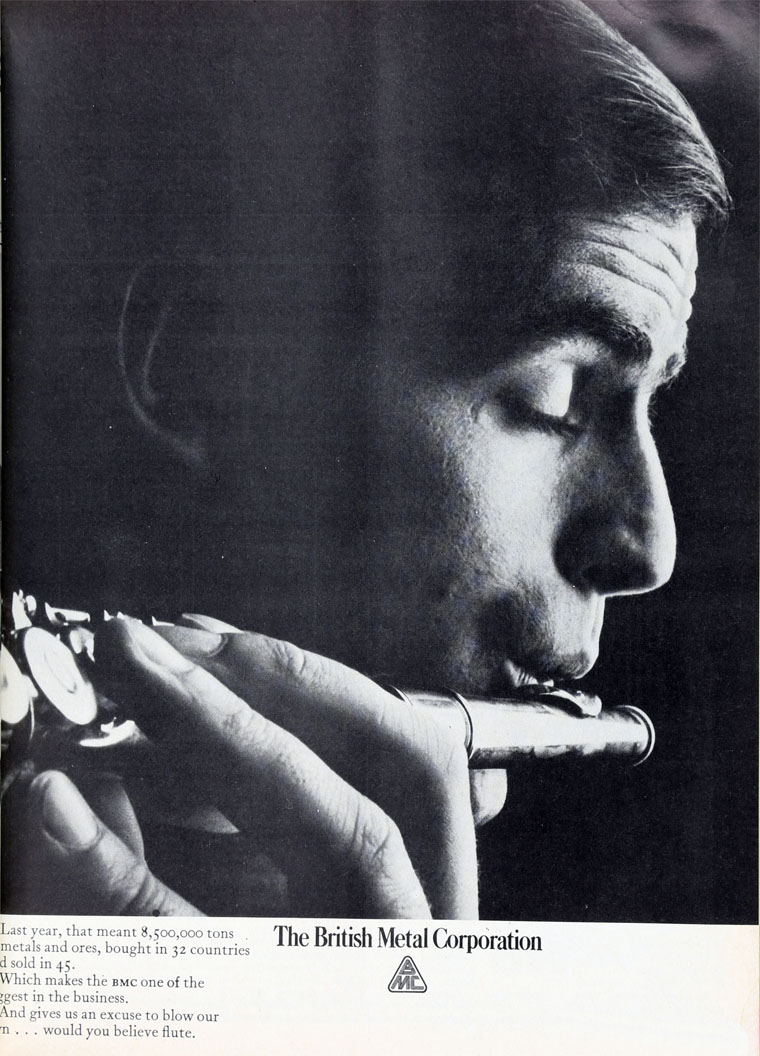 1918 Established to regain and retain British interests in non-ferrous metals usurped in recent years by German organisations; the corporation had representatives from the major metals companies and from the Treasury. As well as financial support it would also carry on research[1]

1921 Silver salver presented to James Carter Gray OBE by his colleagues for his services to the company.

1946 Imperial Smelting Corporation and British Metal Corporation made substantial investments in Wolverhampton Metal Co when it became a public company[3]; the two investors intended to play an active part in the management of the business.