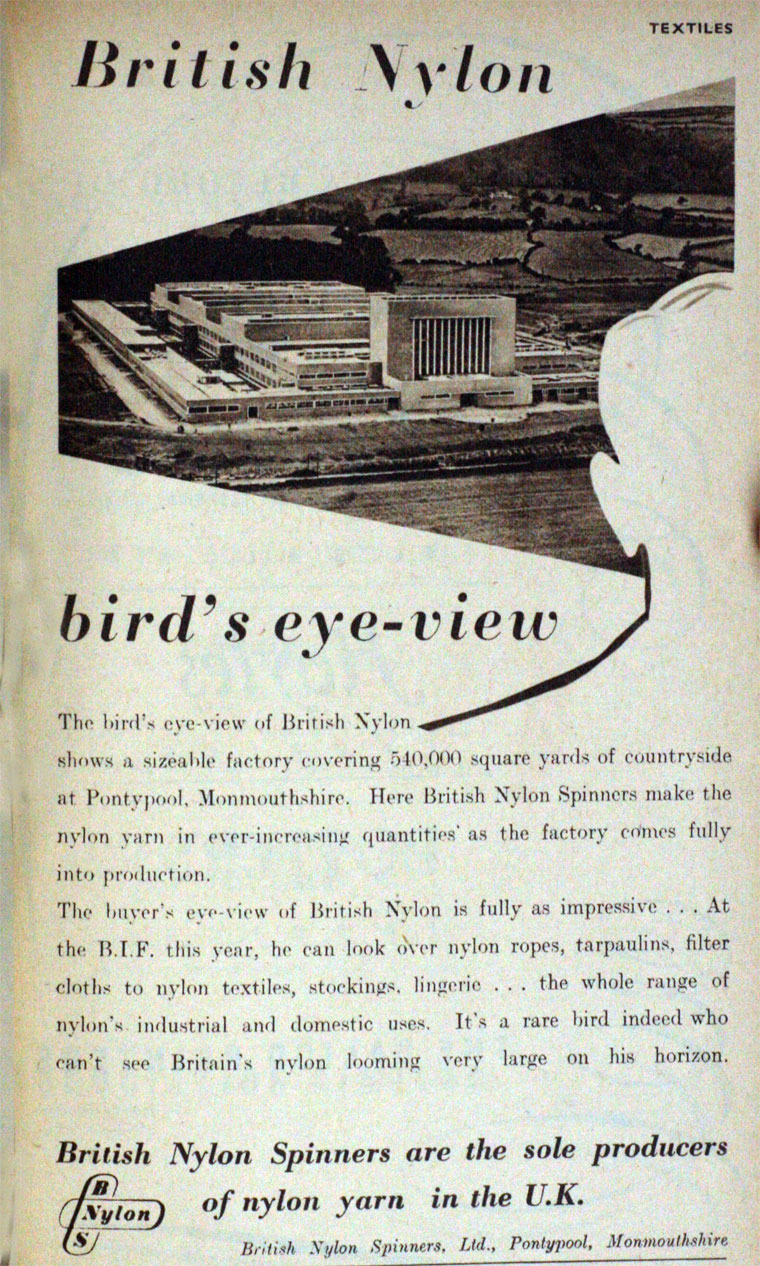 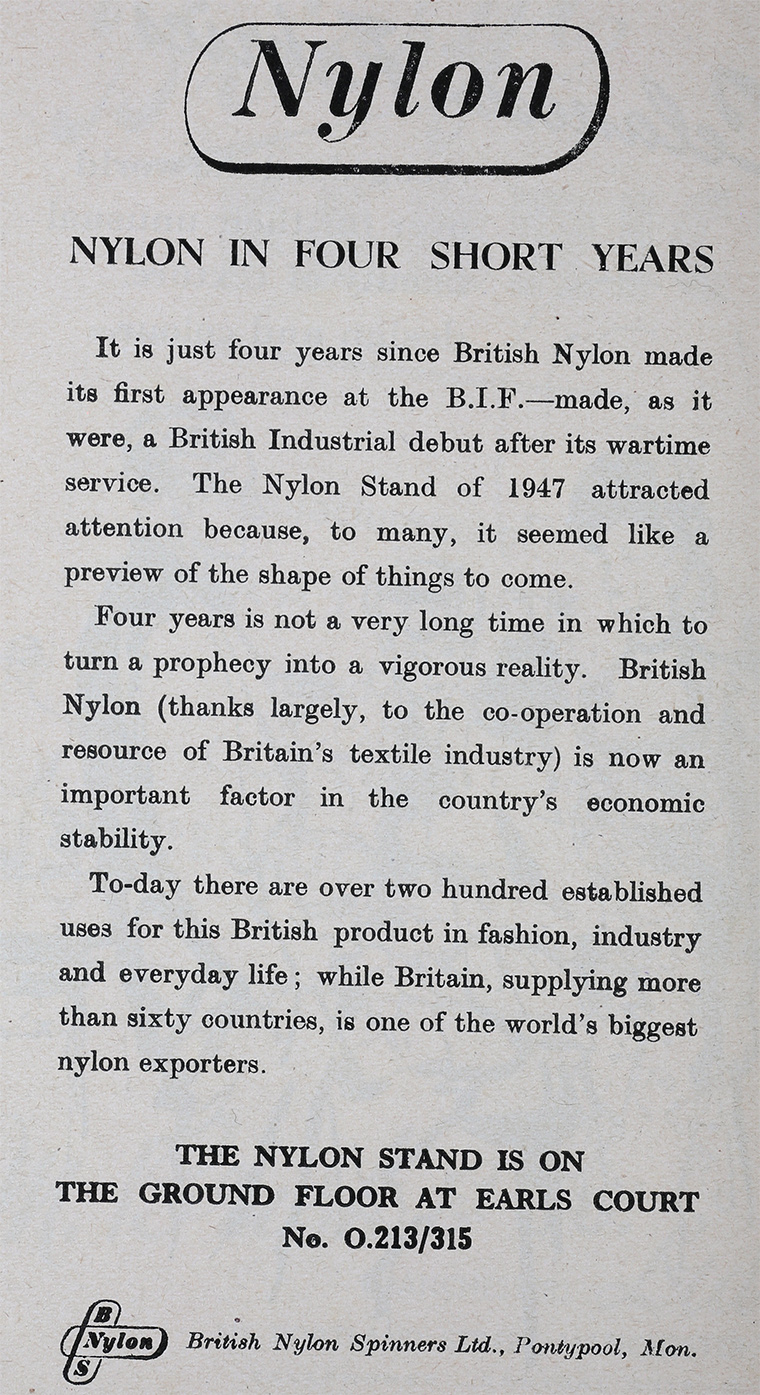 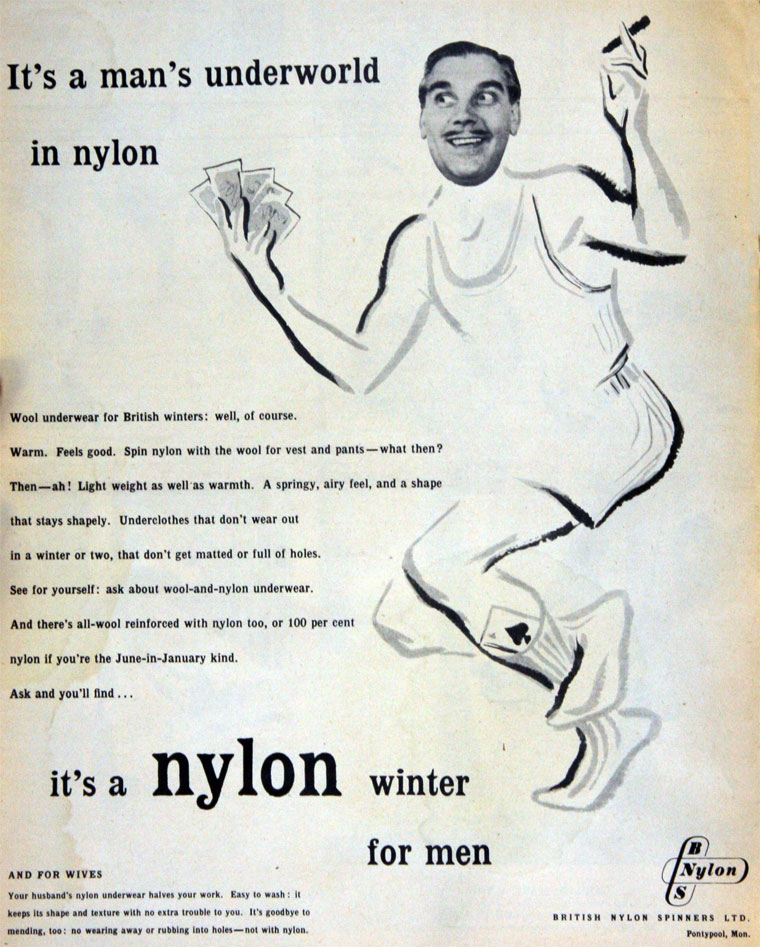 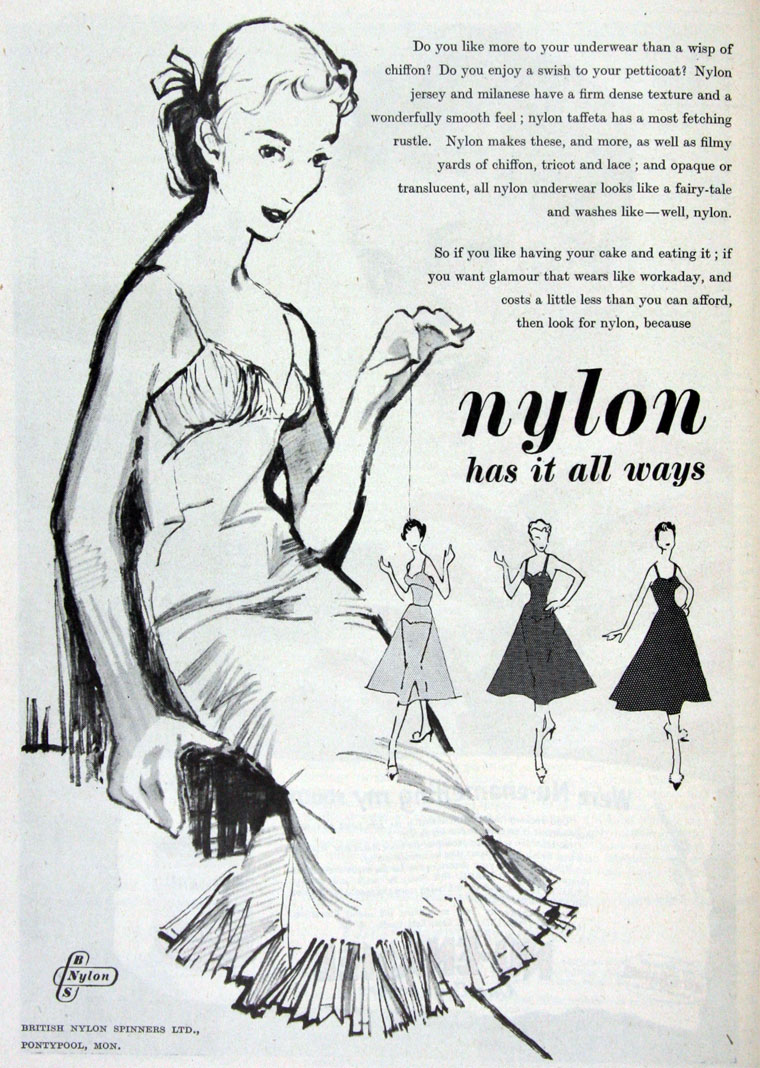 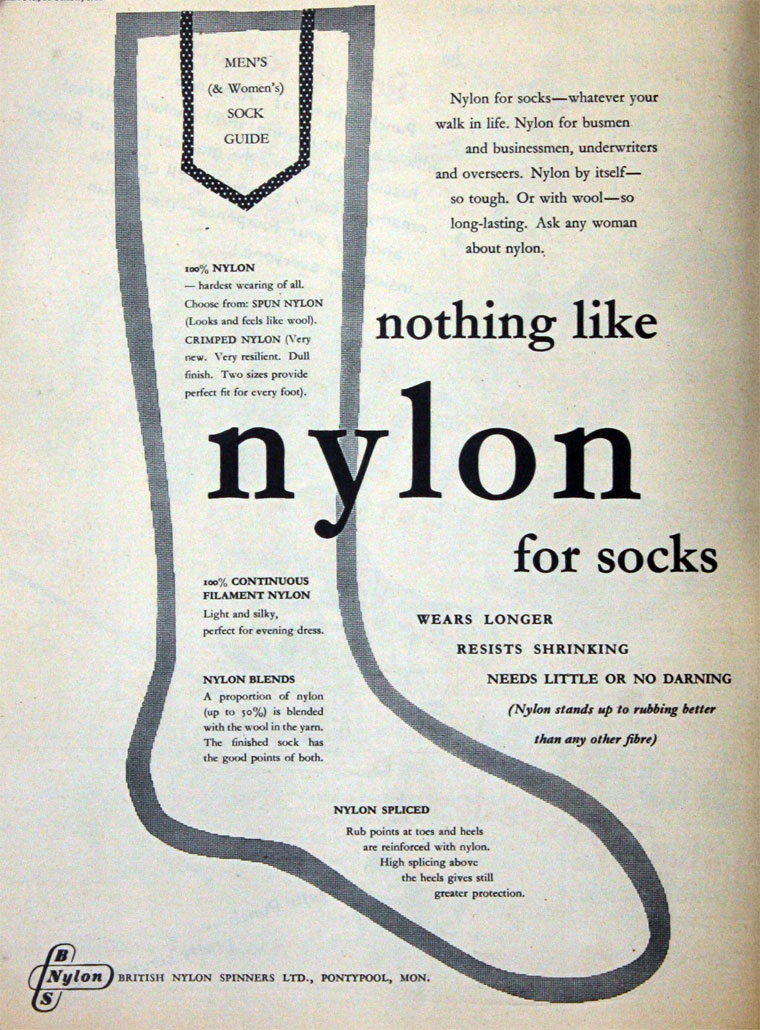 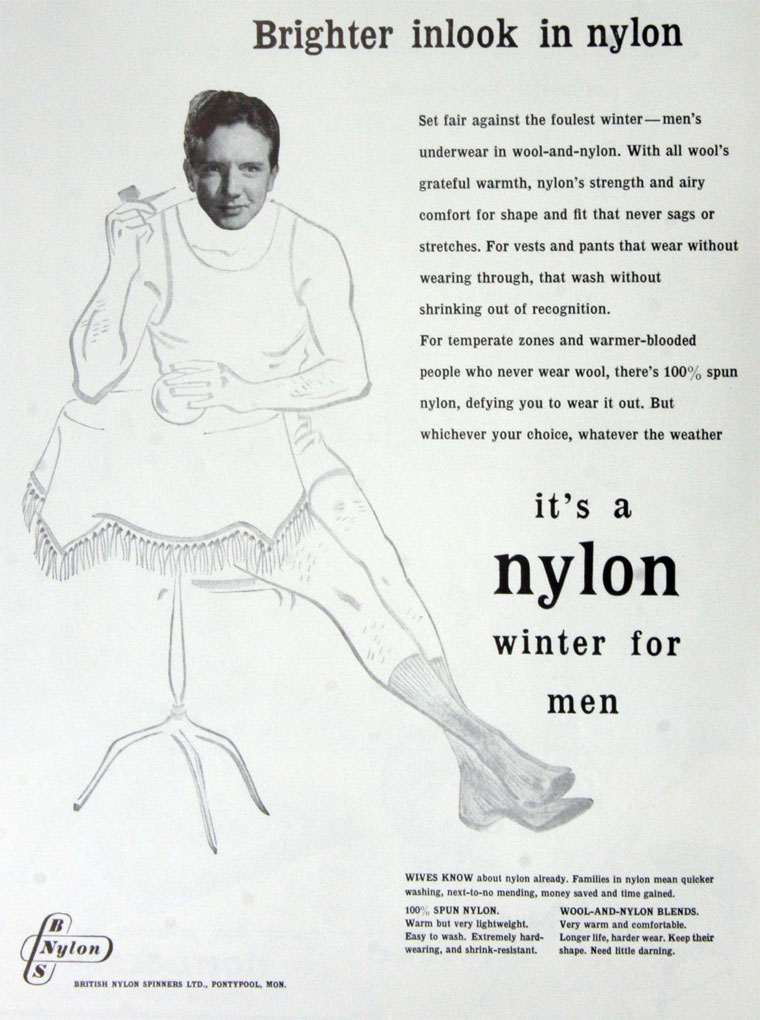 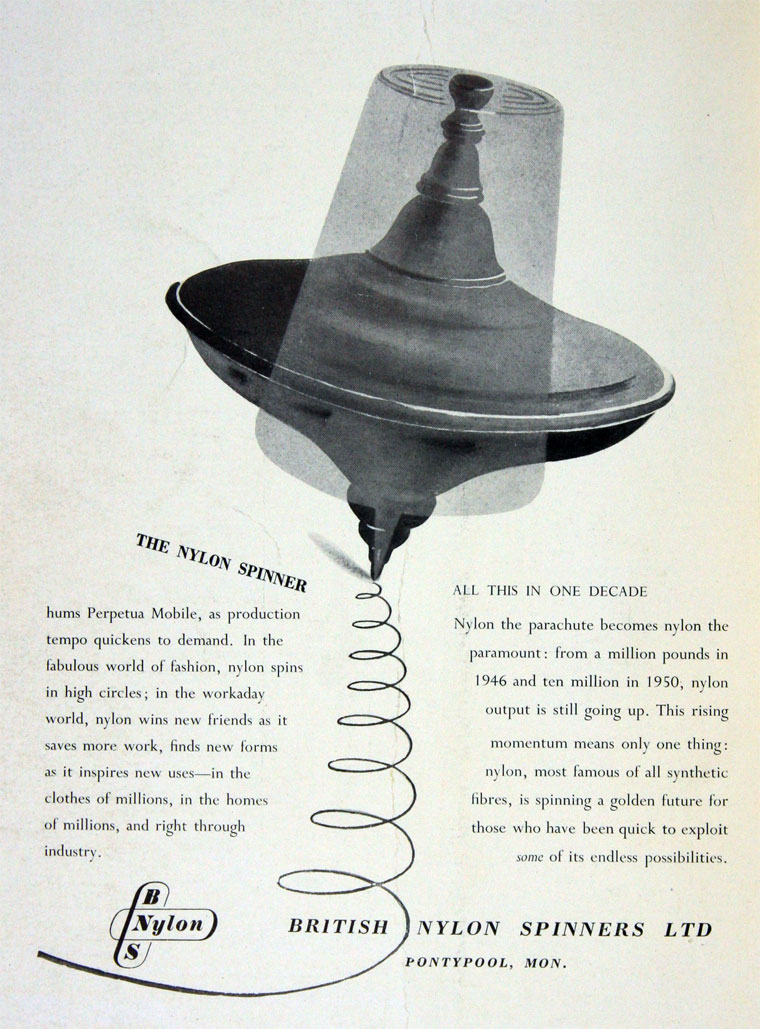 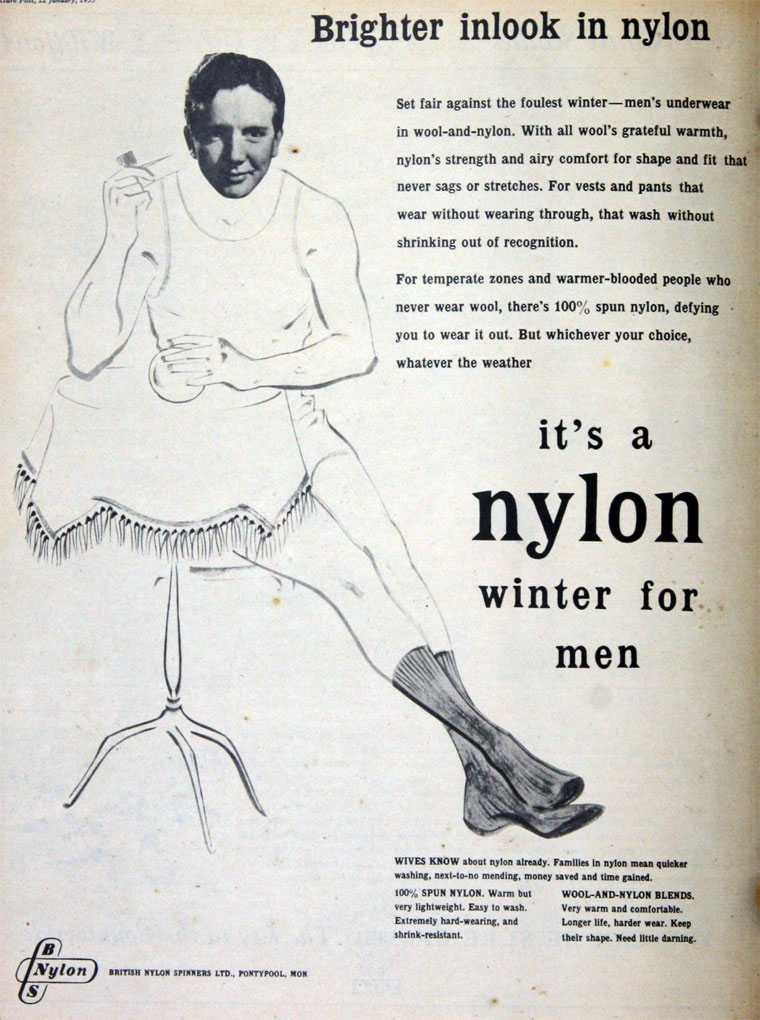 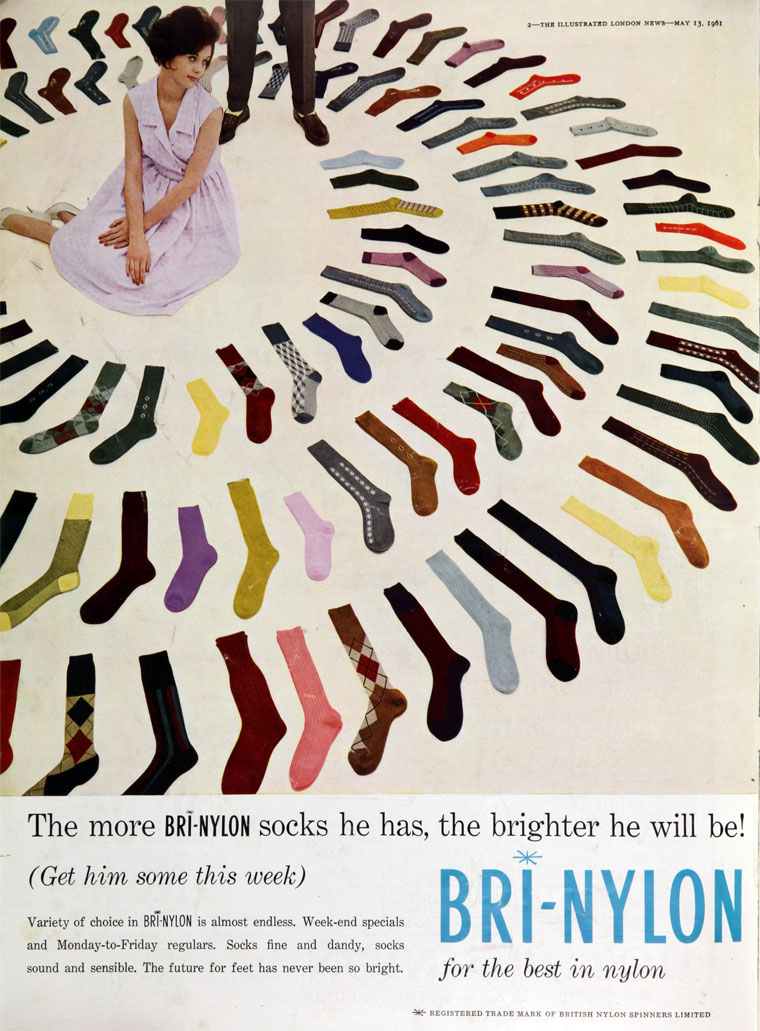 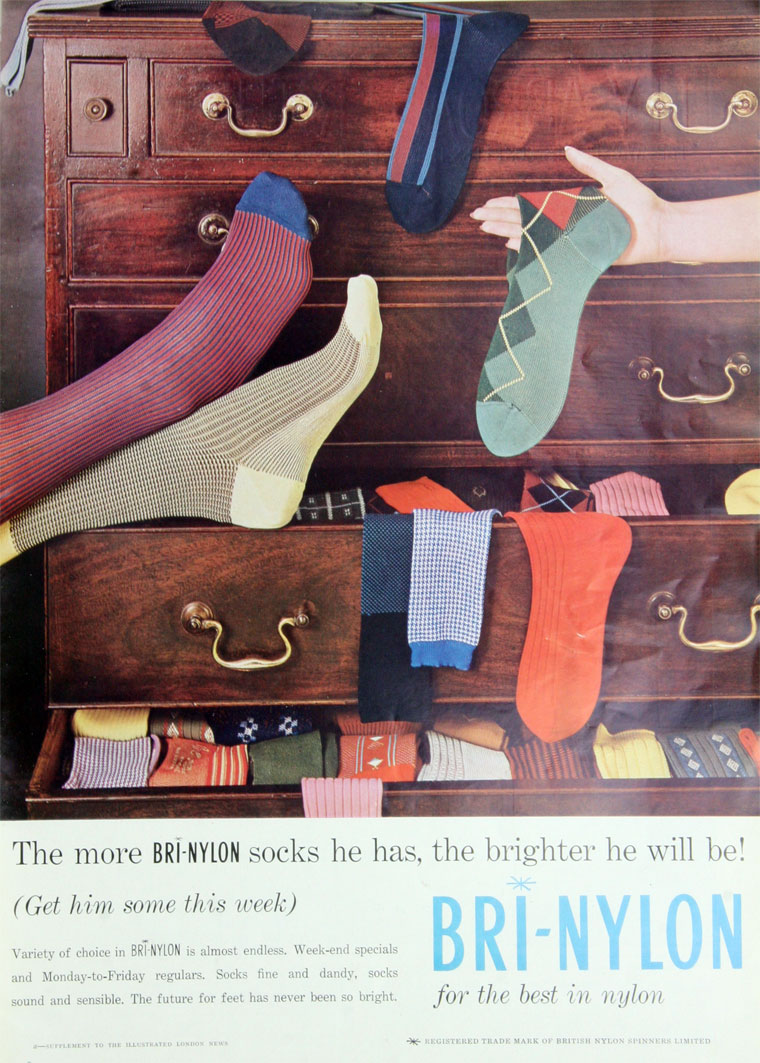 1947 British Industries Fair Advert: BNS - What next in NYLON? Producers of Nylon Yarns now mainly reserved for "Apparel". Nylon Yarns will be available from 1948 to all trades and industries in increasing quantities on completion of a large factory in Monmouthshire.(Textiles Section - Earls Court, Ground Floor, Stand No. 157) [3]

1958 Opened a new spinning plant at Bayswater Victoria, Australia and initiated a series of promotions to heighten awareness and acceptance of the new fibre.

1959 Purchased the Brockworth, Gloucester factory then in use for making aero-engines[6]

1960 Nylon conveyor belting for mines. [7] Bri-Nylon registered trademark for textiles. Gloucester factory was entering production with Nylon 66, which was suited for industrial yarns including for tyres[8]