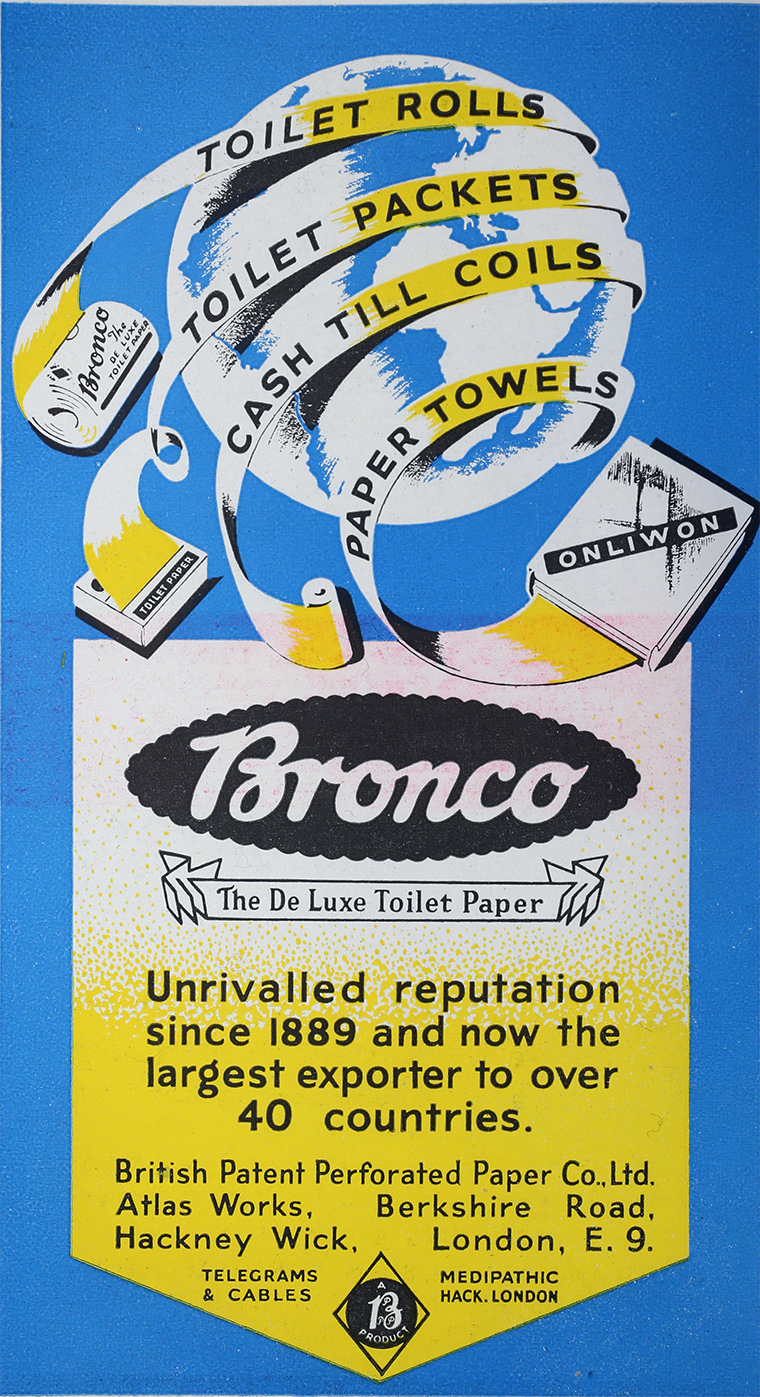 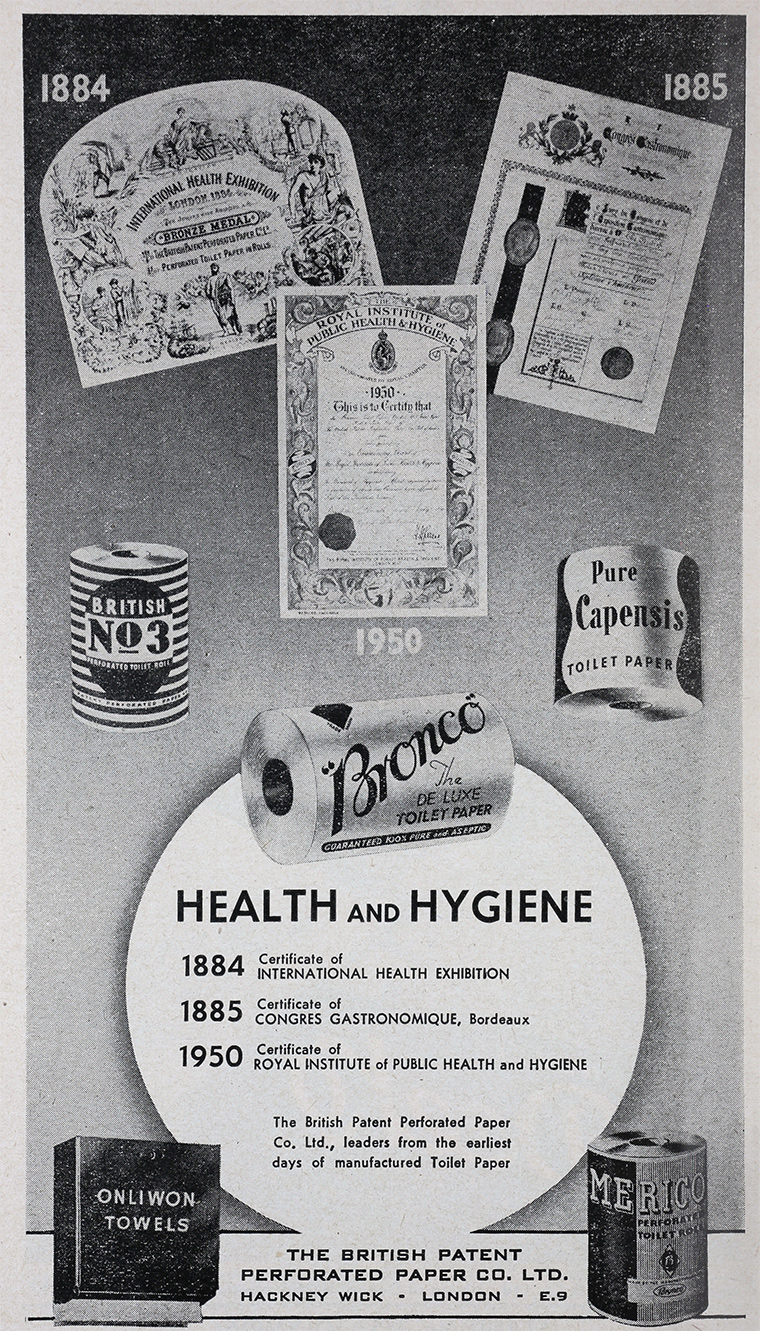 1883 Incorporated as a limited company.

1889 The business was sold by an order of the Court and was purchased by Walter James Alcock.

1908 Acquired the Atlas Works from Claus and Co

1914 Manufacturers of toilet rolls, perforated and plain, and all kinds of roll paper for every purpose. [1]