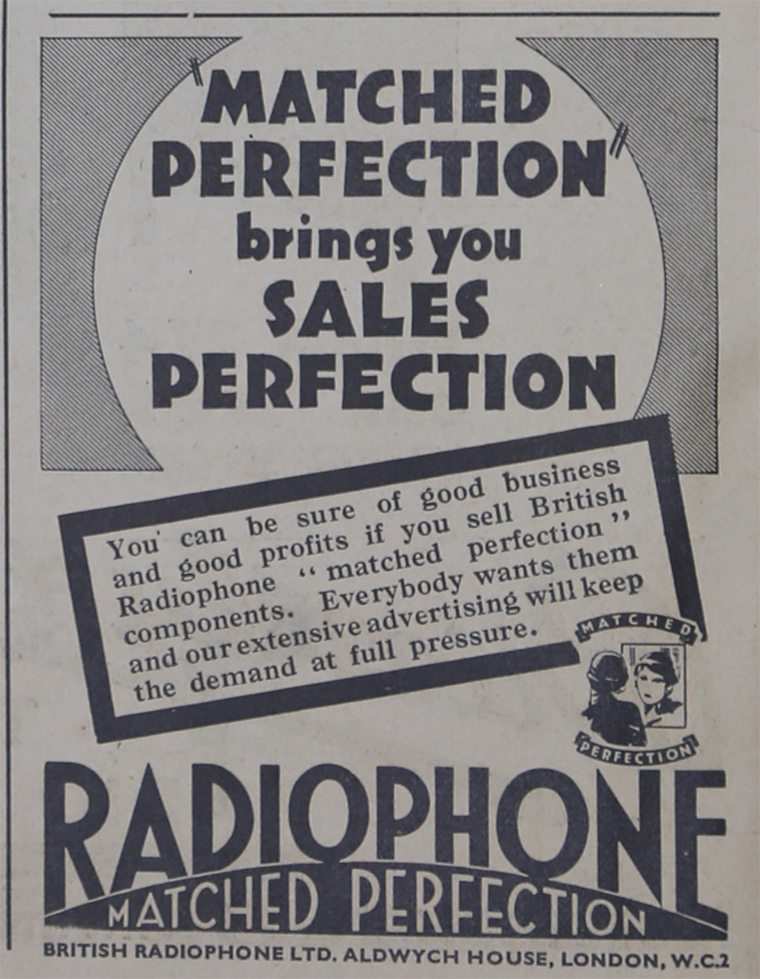 1922 Byron Clark seems to have been connected to Norman De Maid Watsham and A. H. S. MacCallum who founded British Radiophone Ltd. Watshams won an order from Marconi's Wireless Telegraph Co for 2 types of crystal set and a valve receiver[1]; it is unclear what role British Radiophone Ltd played in this order but the order for crystal sets was sub-contracted to Plessey Co. This was the start of Plessey’s diversification into radio and electronic manufacturing.

1923 The shareholders of British Radiophone Ltd were persuaded to take shares in Plessey in exchange for Plessey being able to supply Marconi directly.

1923 Norman Williams, Mabel Williams and Walter Cook in partnership as the British Radiophone Company, made Wireless Apparatus at Nottingham.[2]

1926 The creditors of the company petitioned for its bankruptcy; it was finally wound up in 1926 [4].