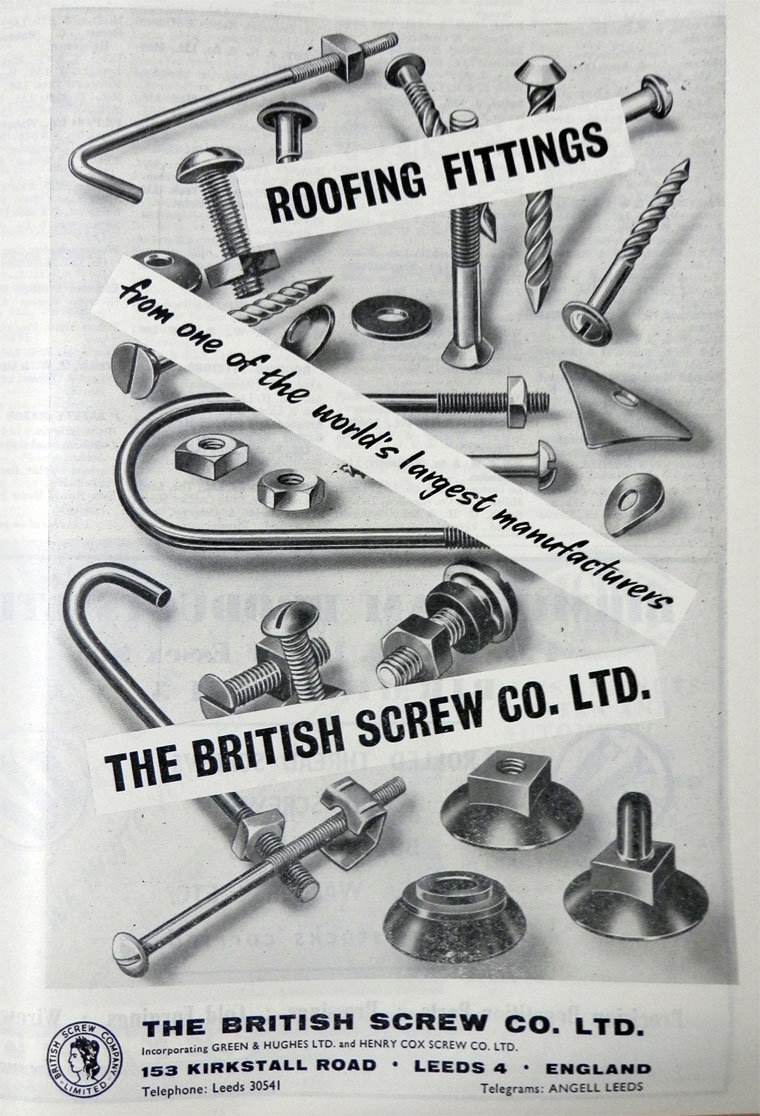 Established by the American Screw Co., who transferred the contents of an entire factory from Providence, RI, to Leeds in 1892. Nettlefolds had an effective monopoly of the UK market, and were able to keep prices high. The American company saw the opportunity for profitable production in Britain, by undercutting Nettlefolds and using more efficient production methods. Their factory in Providence had been idle for two years, due to over-capacity in the US.

A fierce price-cutting war ensued, but the Leeds factory continued to be profitable, and expanded to meet rising demand. However, the parent company experienced financial problems in the US, and decided to sell the Leeds works, initially trying to interest Athur Keen in the business. In the event it was sold to Nettlefolds, who then maintained the pretence that it remained a separate buisness, giving the illusion of competition in the market.[1].

The building was designed by the American company's Charles D. Rogers, and the Leeds architect Thomas Ambler adapted it to suit existing by-laws. Numerous large windows were provided in the two-storey brick walls. The building had a flat roof, pierced by a large fully-glazed timber-framed clerestory (destroyed by fire in 1948).[2]