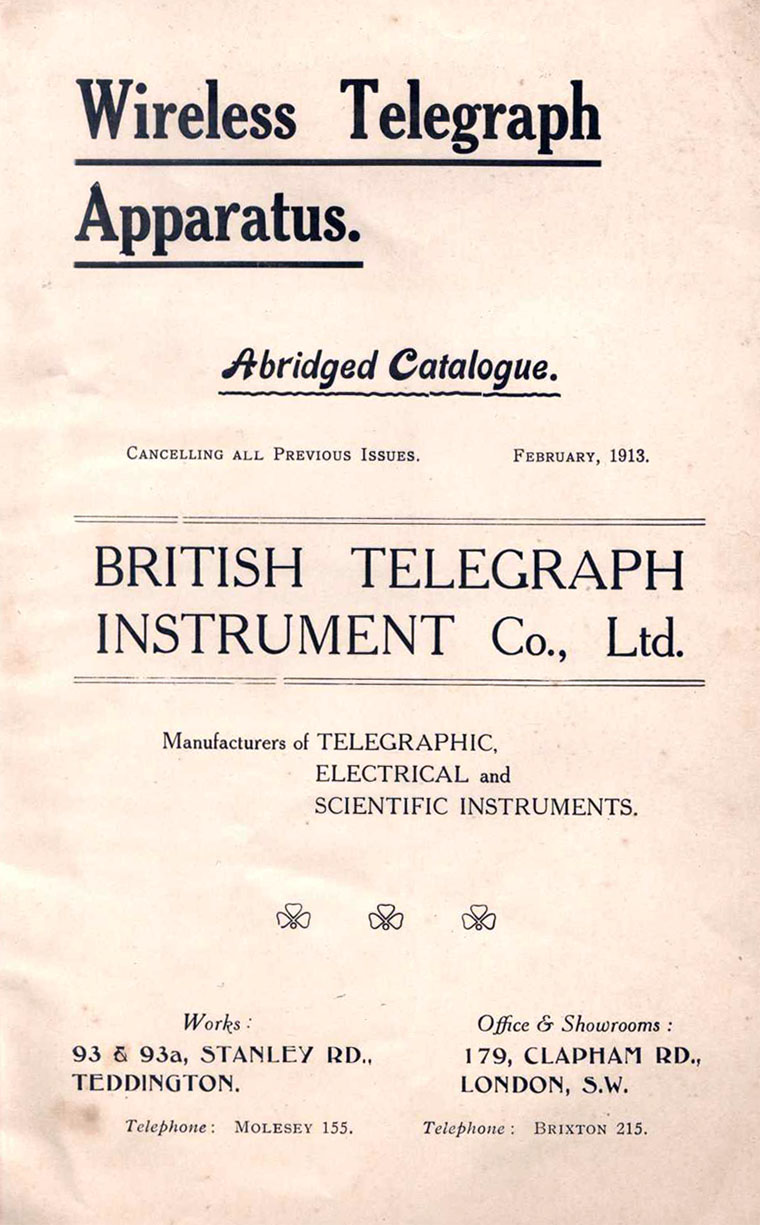 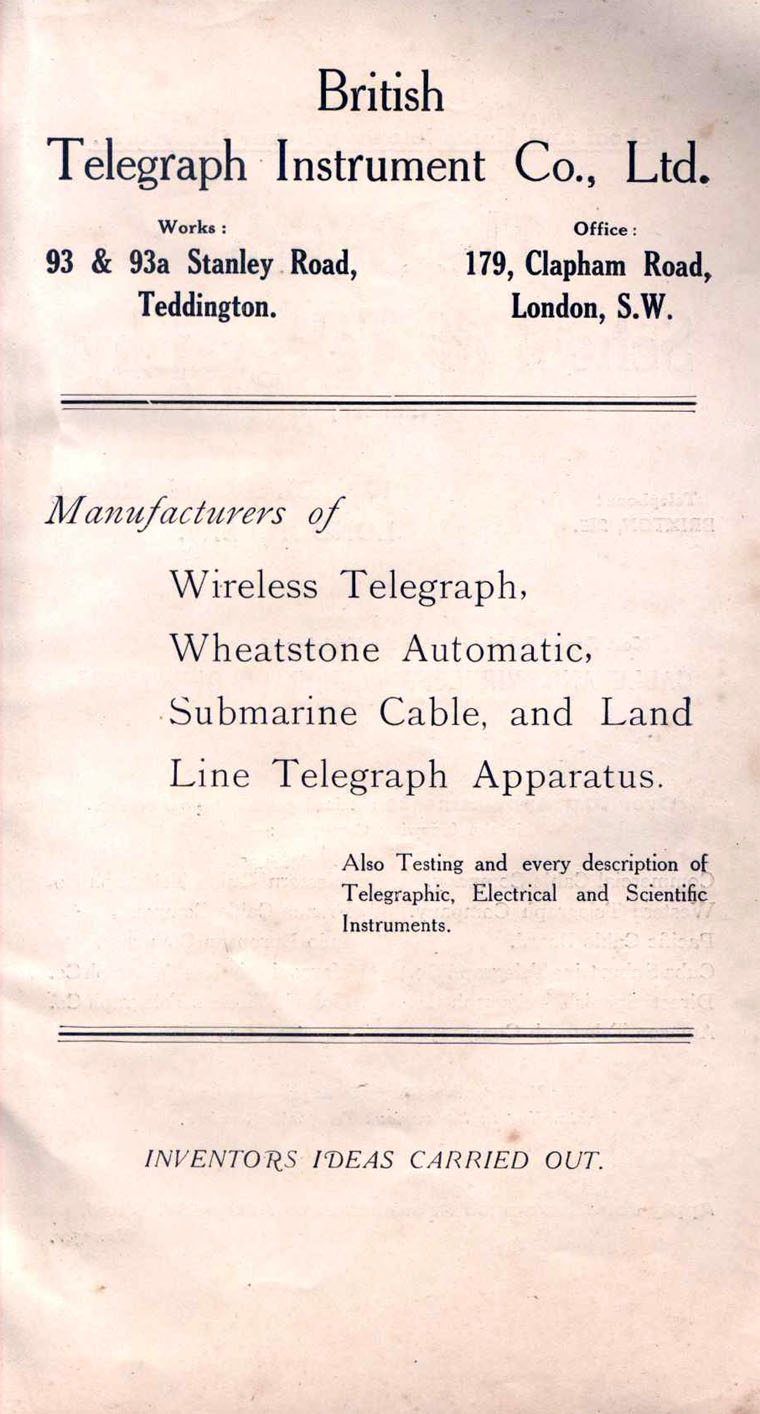 Formed as a subsidiary of the Warminster Motor Co

1916 Made wireless telegraphy equipment for the British Army