Early BVC vacuum cleaner, made under Booth’s Patent, on display in the Milestones Museum 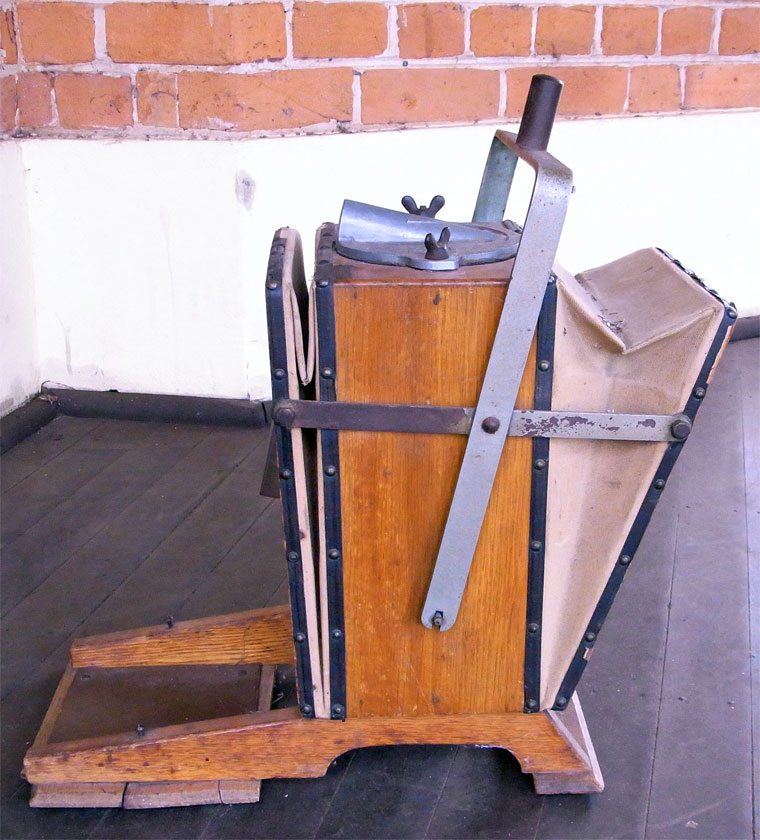 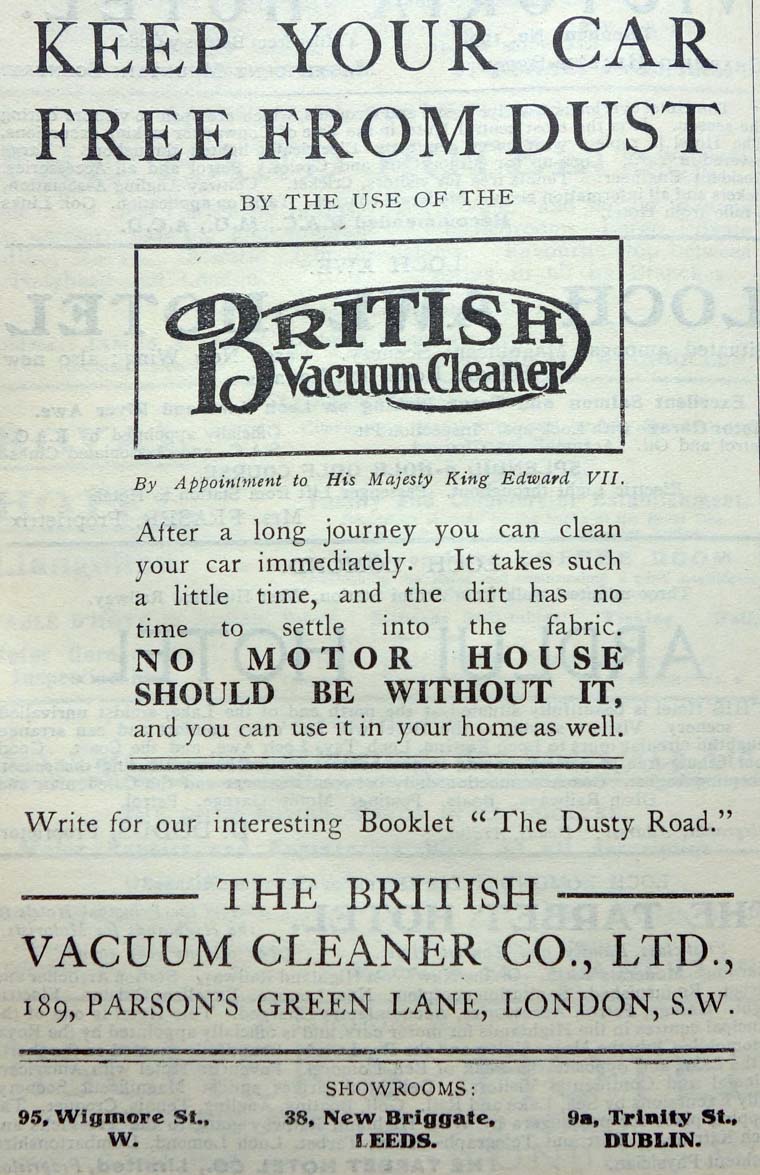 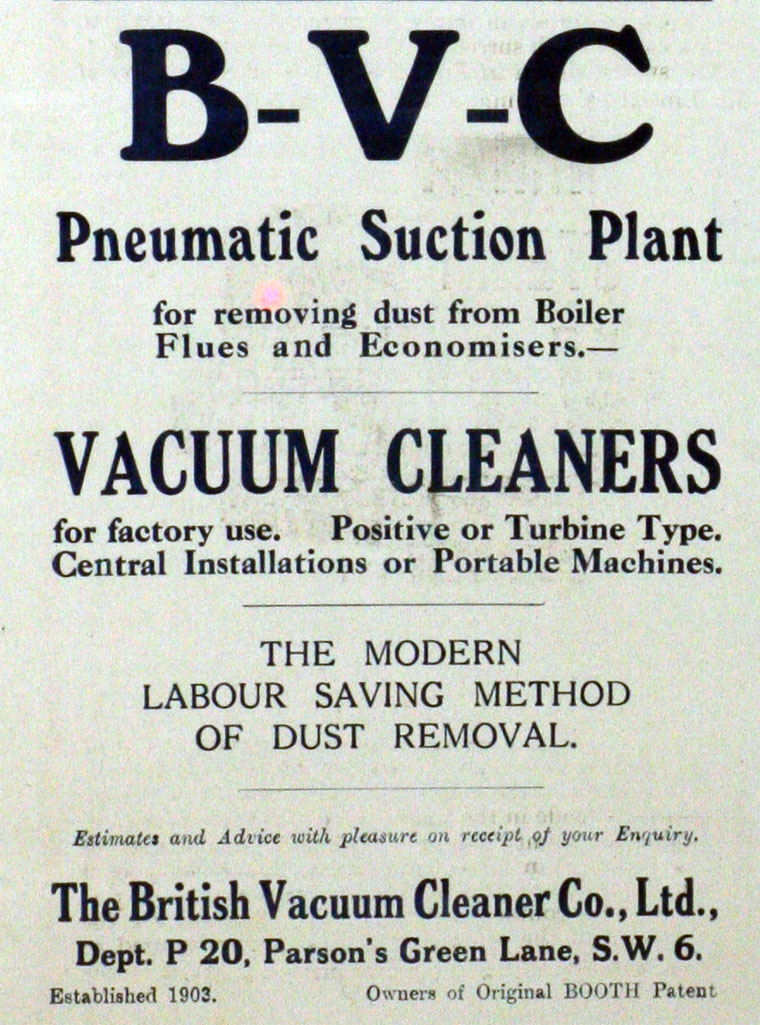 The idea of a vacuum cleaner originated from the mid-19th century. The first vacuum cleaners had to be operated manually. Two persons were needed for this: one to operate the bellows and the other to move the mouthpiece over the floor. The dust was blown into the an attached bag - like modern machines.

1902 The Vacuum Cleaner Co was formed by Hubert Cecil Booth to exploit his patented innovation, the first mechanically-powered vacuum cleaner. The cleaning was offered as a service from a horse-drawn appliance parked outside the premises.

1903 Wealthy society ladies threw 'vacuum cleaner parties'. Guests sipped their tea and lifted their feet for Booth's uniformed attendants to vacuum the carpet. After giving a vacuum demonstration at the Royal Mint, Booth, on leaving, was promptly stopped by the police. He had forgotten to empty the dust bag, which contained a large quantity of gold dust from the Mint.

1910 Professor Stanley Kent of University College, Bristol found 355,500,000 living organisms in just one gramme of dust extracted from Marlborough House, the home of HRH The Princess of Wales.