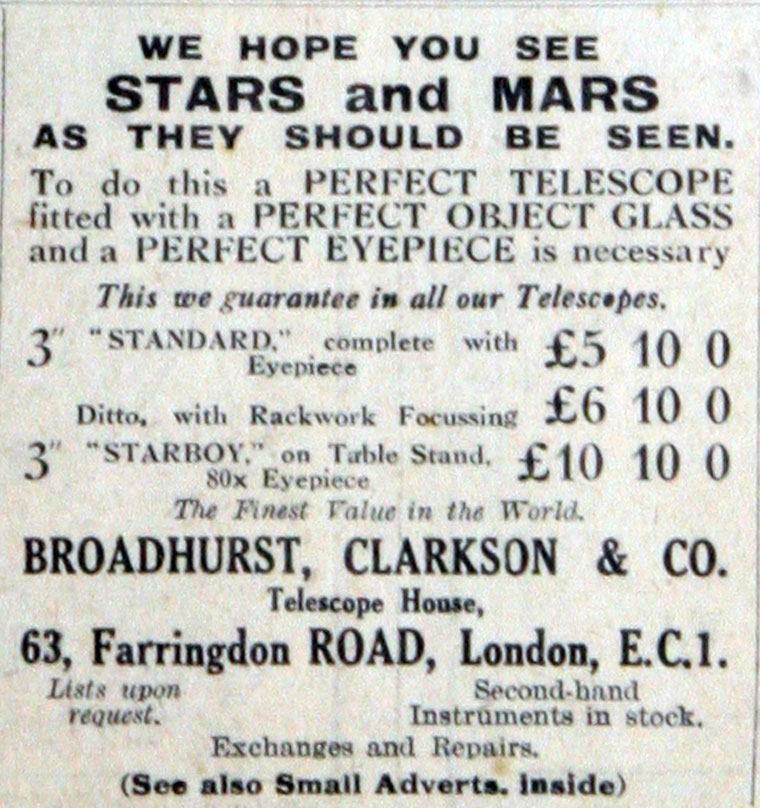 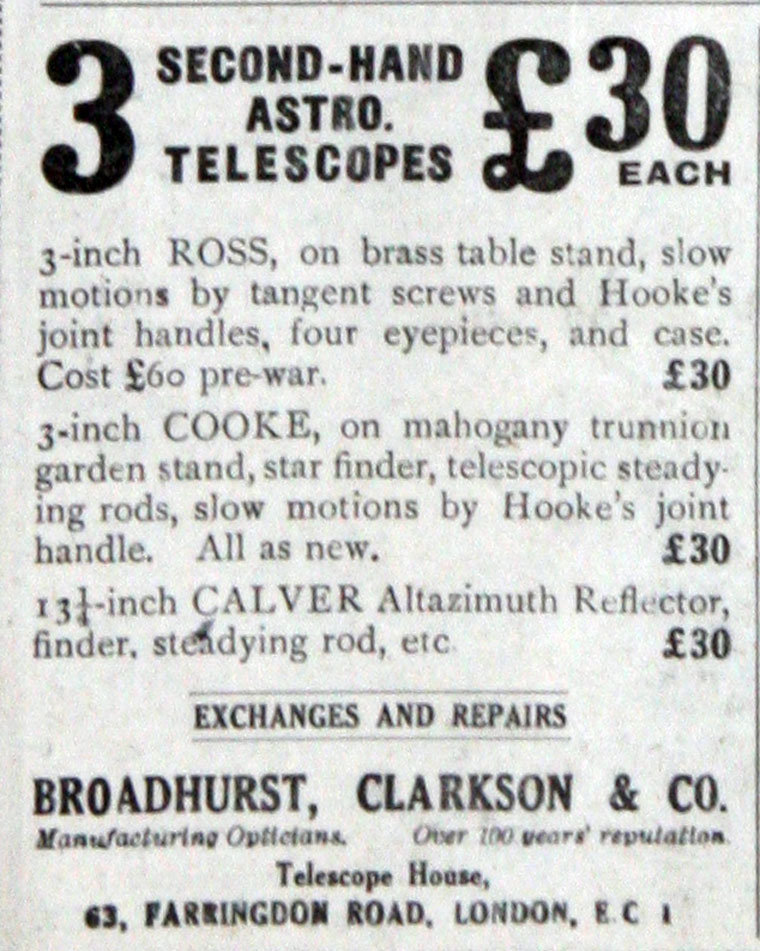 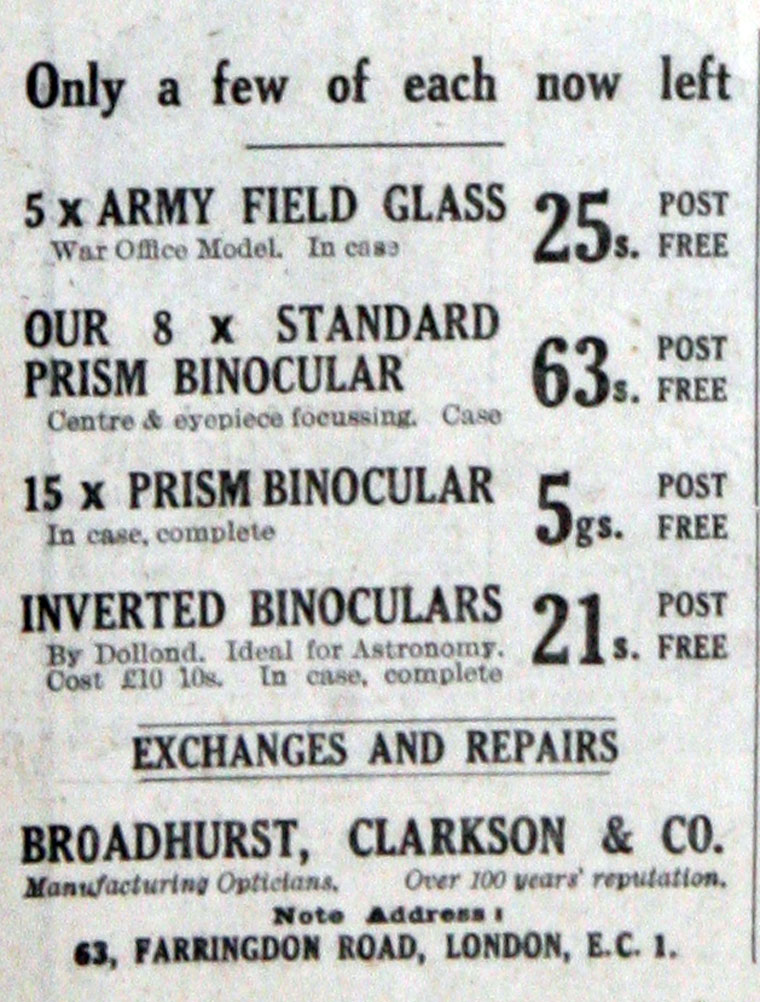 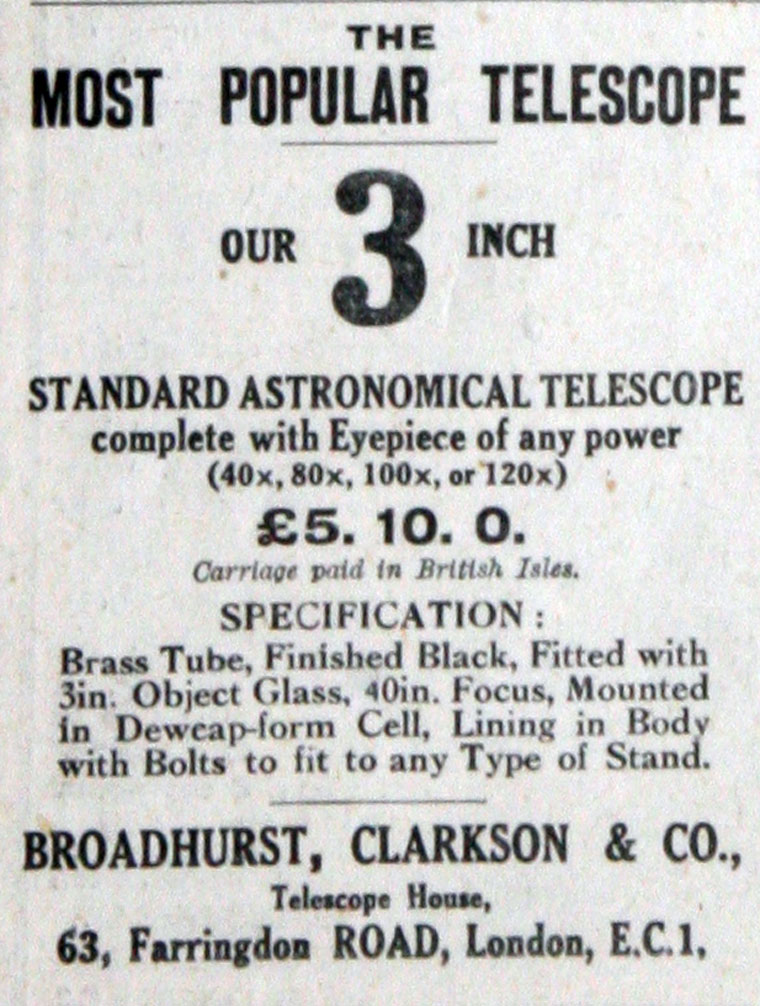 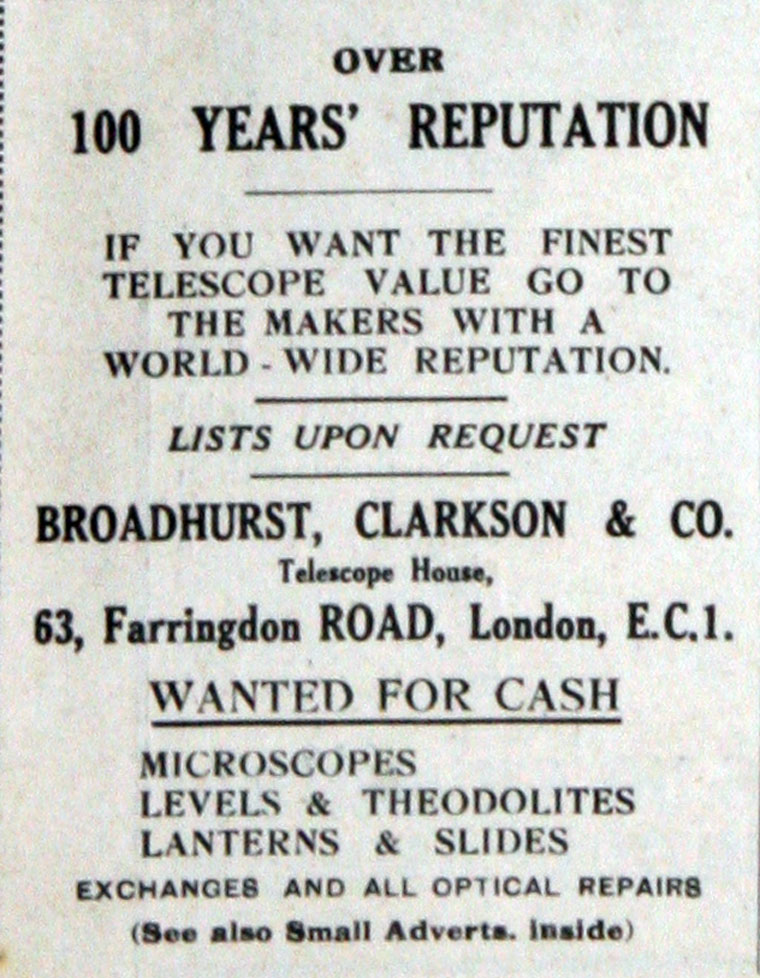 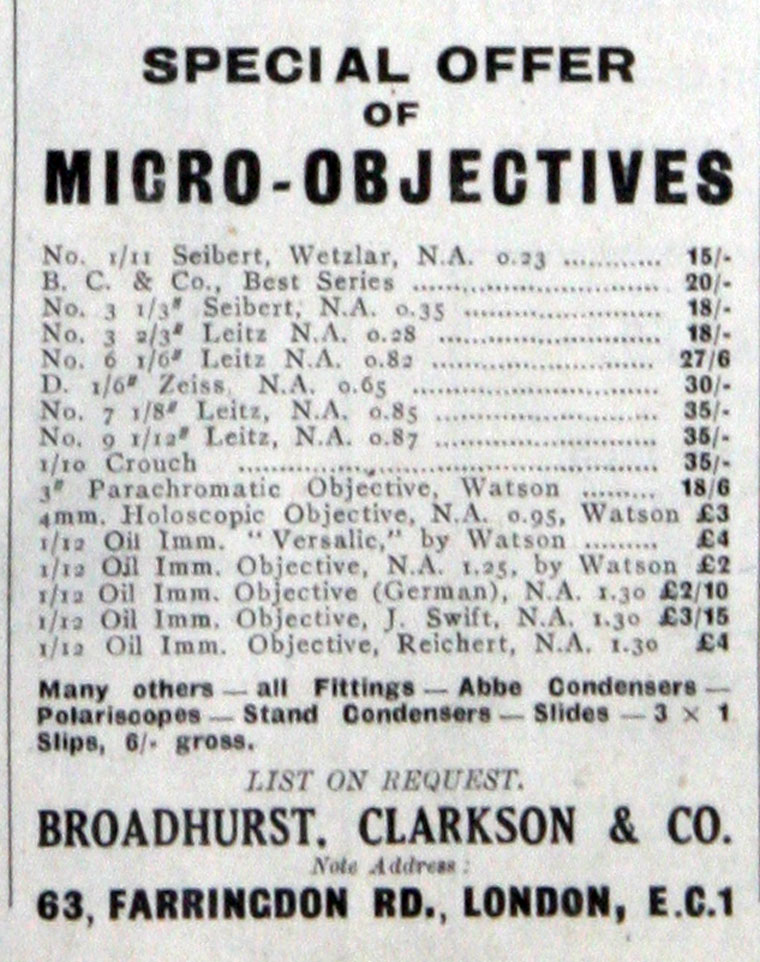 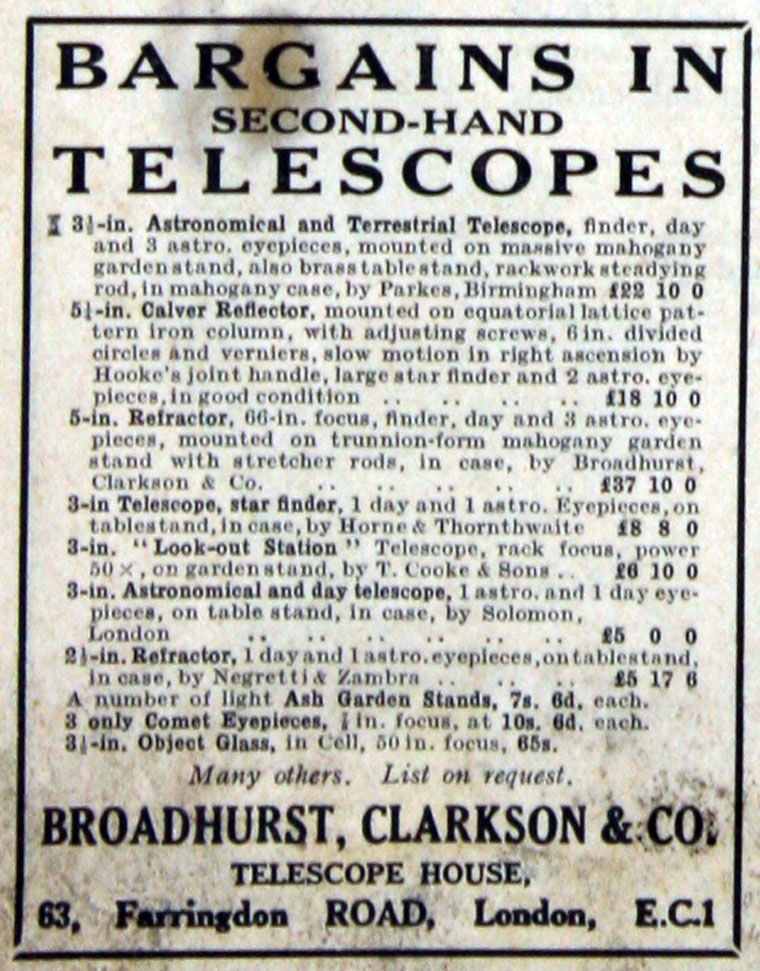 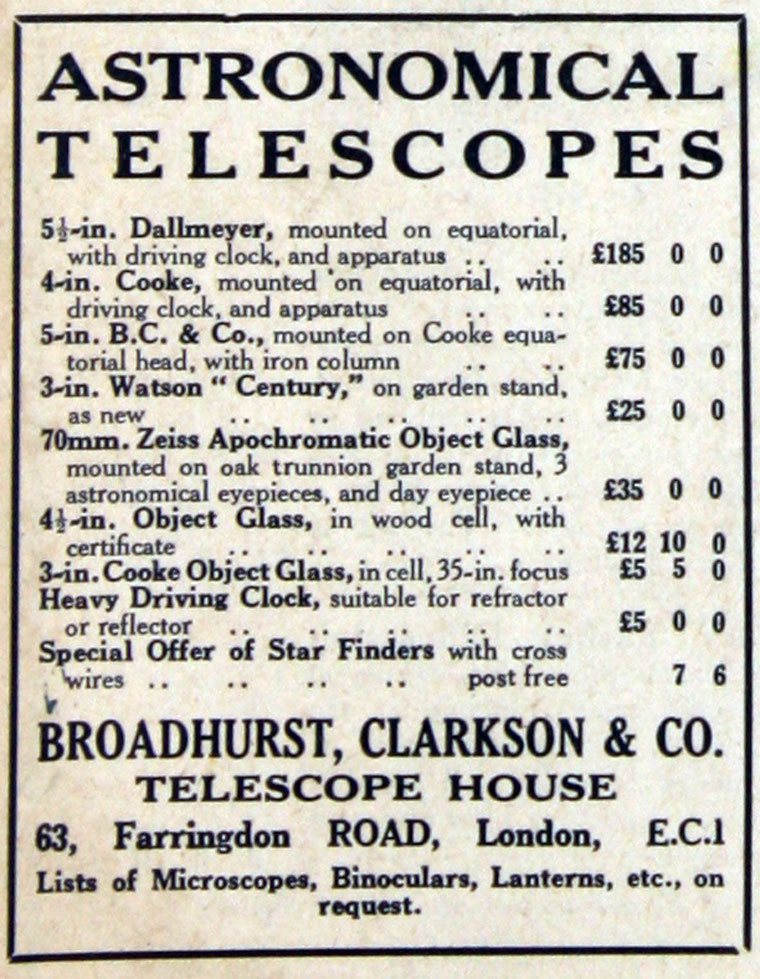 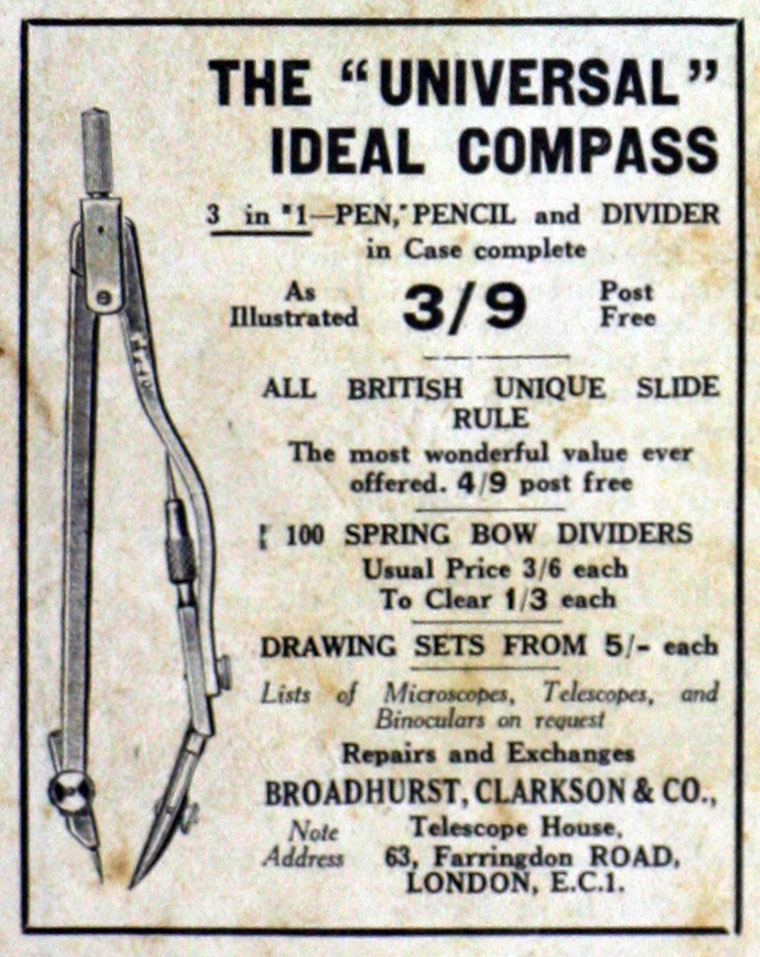 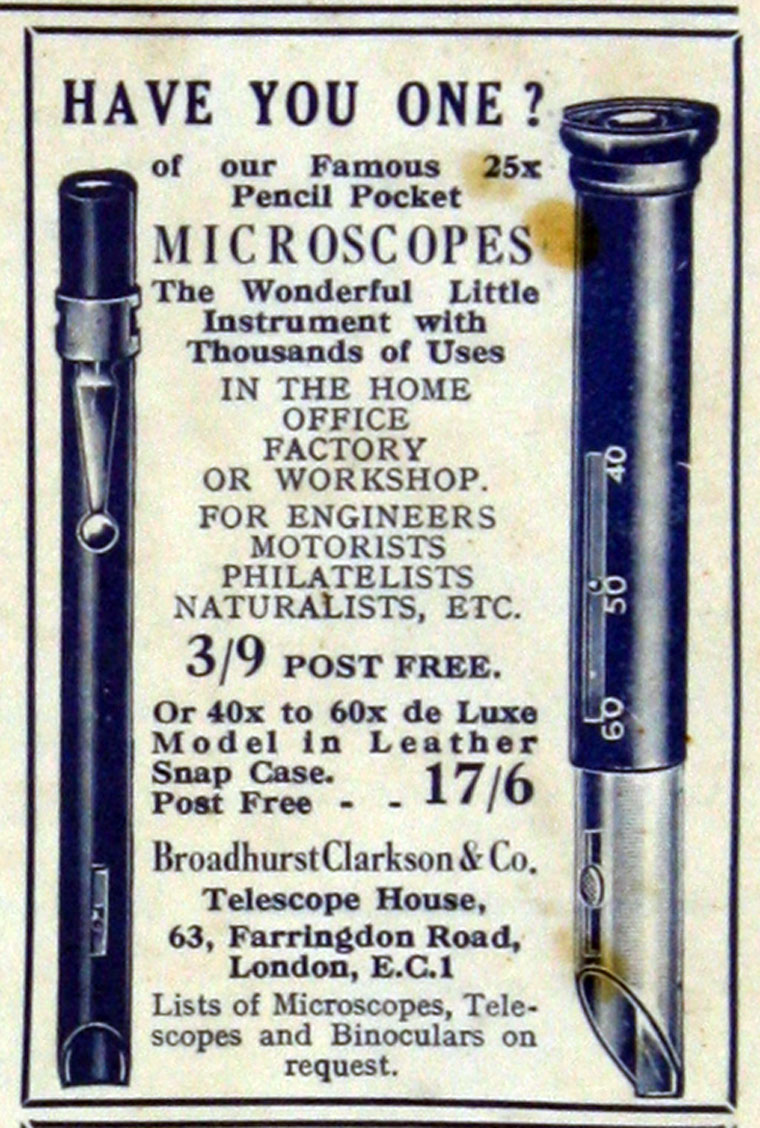 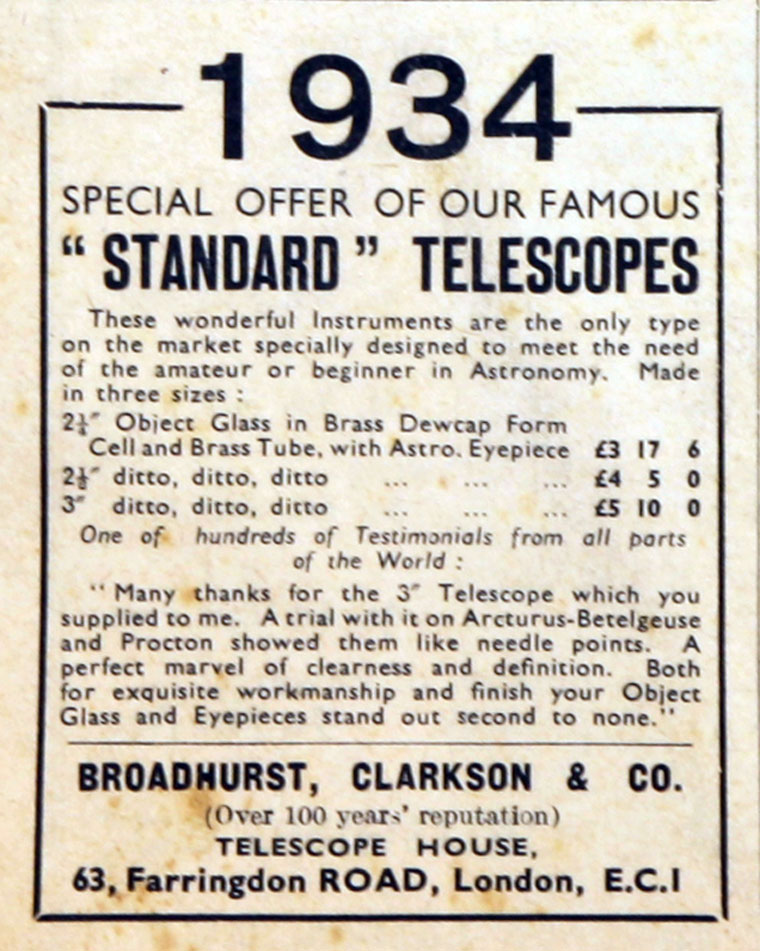 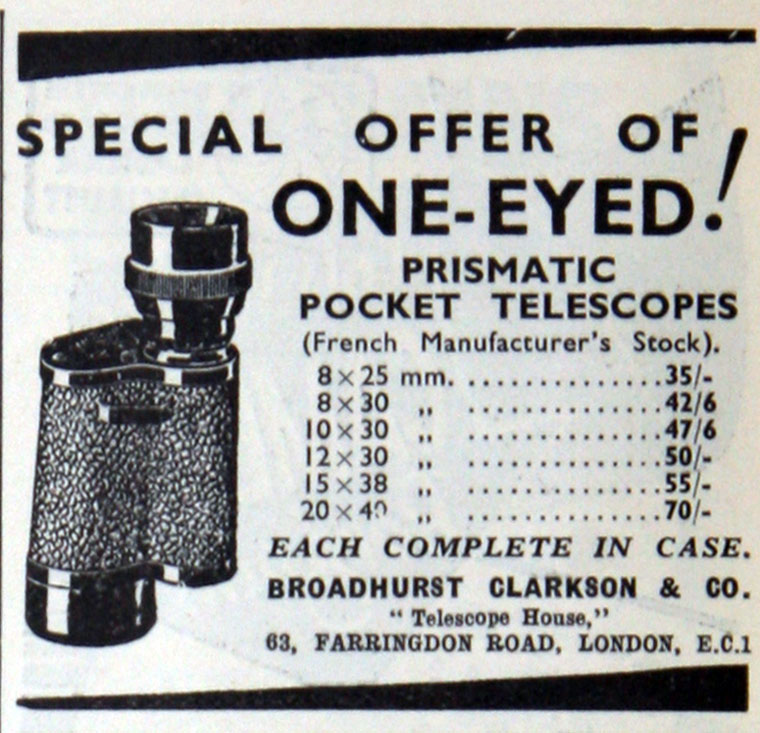 1844 The business was developed by Robert Mills; it was continued by his wife Harriet and his young sons after his death until at least 1861.

1873? The business was sold to Alexander Thomas Clarkson

1892 Robert Henry Broadhurst joined the firm as a partner.

1909 Partnership dissolved. '....the Partnership heretofore subsisting between us the undersigned, Alexander Thomas Clarkson, Robert Henry Broadhurst and William Harry Towns, carrying on business as Scientific Instrument Makers and Gas Compressors, at No. 63, Farringdon-road, in the county of London, 63, Charterhouse-street, in the city of London, Bowen's Mills, Phoenix-place, in the county of London, No. 338, High Holborn, and No. 2, Staple-inn, in the said county of London, under the style or firm of "A. CLARKSON AND CO.," has been dissolved by mutual consent.....and such business will be carried on in future by the said Alexander Thomas Clarkson and William Harry Towns alone...'[3]

1915 Listed at 63 Farringdon Road as as 'Broadhurst, Clarkson and Co, telescope makers'[4]

Telescope House produced very high quality astronomical telescopes from 2-inch to 6-inch (5cm to 15.2cm) in diameter. The building housed lens-making facilities, a light machine shop and a thriving brass tube-making plant, using a brass drawing machine patented by Joshua Martin in 1782. The premises also had a showroom and shop, which is still in use today.

WWI. Between 1914 and 1918, as part of the war effort, the company set up further telescope factories in Watford, and a lens-making facility in central London near Telescope House.

During the 1920s and '30s, the business continued to flourish.

Around 1950, cheap imports from Japan severely threatened the business.

By 1970, all the company's factories had closed except for the manufacturing facilities at Telescope House.

In 1973 Dudley Fuller, a very successful telescope maker with a worldwide reputation, bought the Broadhurst and Clarkson business, renaming it Broadhurst, Clarkson and Fuller. The company distributes Meade Instruments and other astronomical instruments and accessories to a dealership network of nearly 200 retailers throughout the UK.