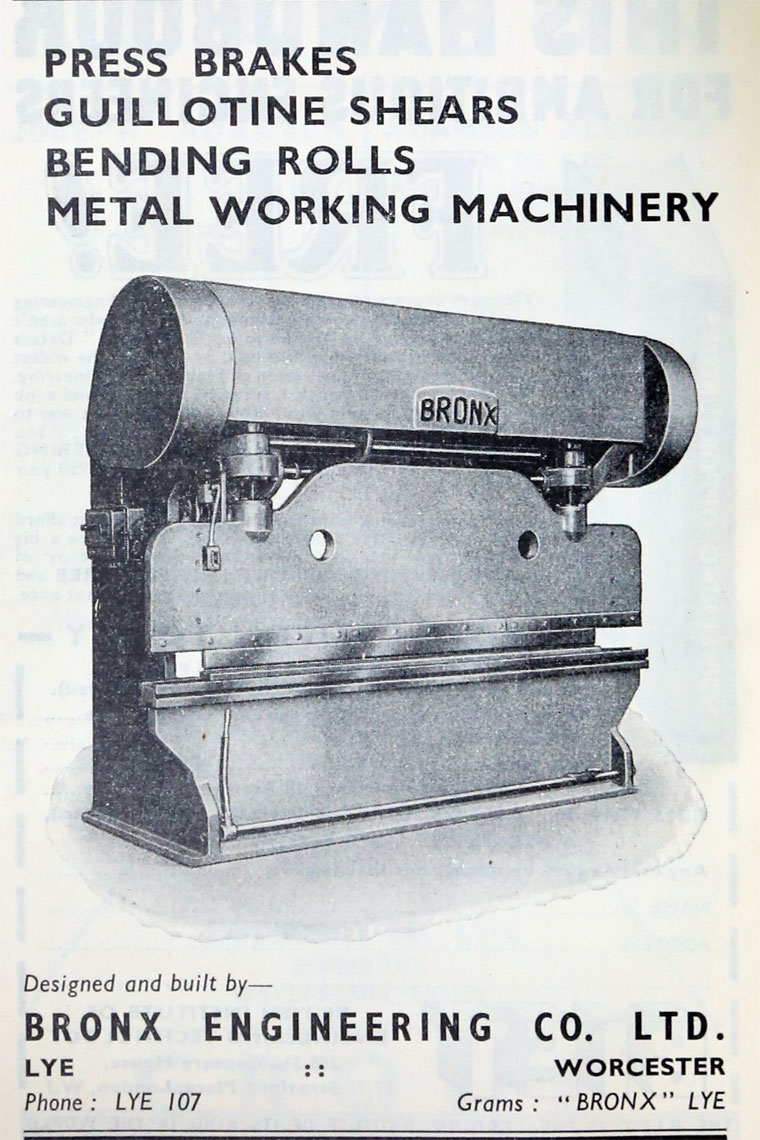 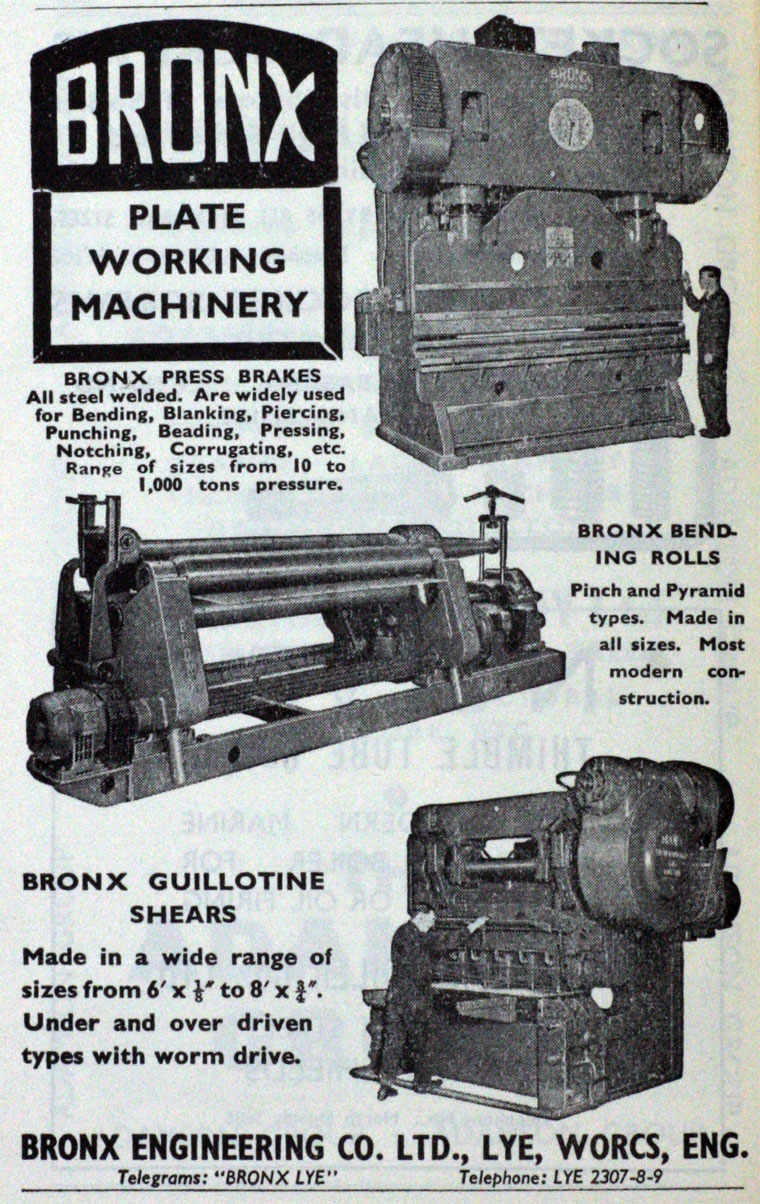 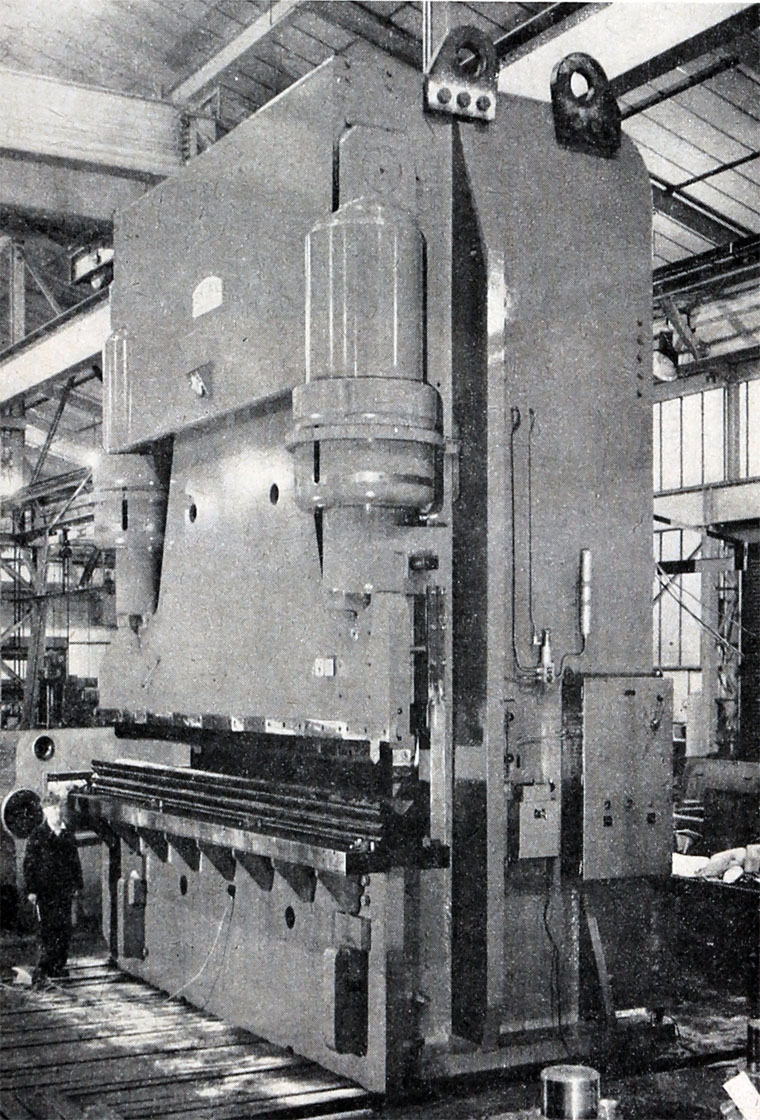 1966. One of the largest hydraulic press brakes built in this country weighing 108 tons with a capacity of 1,000 tons.

1940 The company was founded in Lye by two engineers - Bryan Crosthwaite and John Folkes.[1]

1973 American based Taylor Wilson establish with Bronx Engineering UK a co-licensing agreement to better use each other's technology (Tube and Bar) and new markets.[5]

2001 Bronx/Taylor Wilson was formed to acquire assets from Taylor-Wilson and Bronx Engineering Tube and Bar.[8]