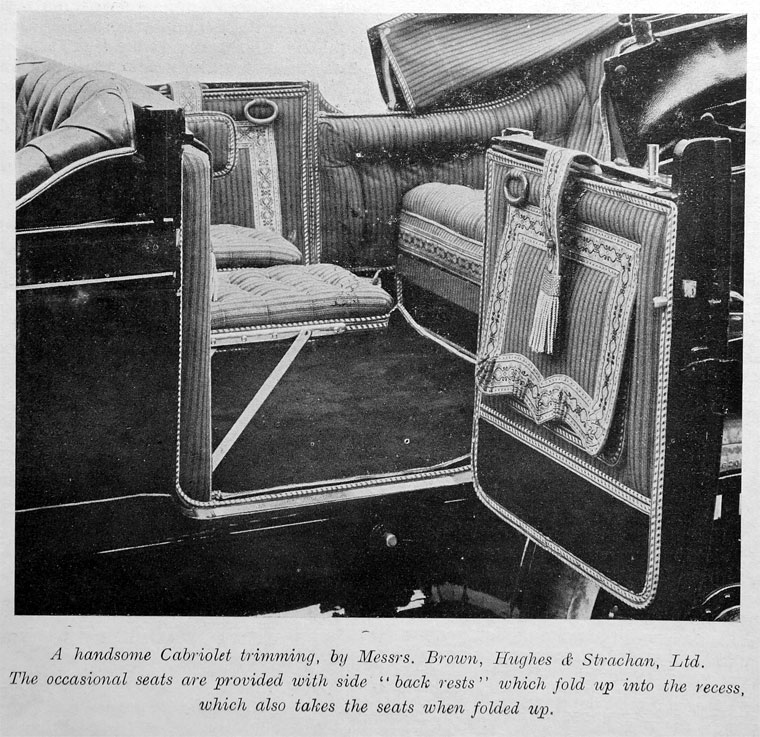 By 1901 Walter Ernest Brown was in business as a coach builder.

At the 1911 London Motor Show a one-off design, mid-engined and forward-control with the driver ahead of the engine was displayed by Brown, Hughes and Strachan.

1914 Brown, Hughes and Strachan built a prototype stretcher carrier, mounted on a chassis from Aberdonia, modified to carry the L.X.R. fittings of Simonis and Co.

1915 Serious fire at premises. '...The property attacked was the great range of workshops, offices, and stores of Messrs. Brown, Hughes, and Strachan (Limited), one of the largest firms of motor-body builders in the kingdom, and who are carrying out very big contracts for the war departments. Their workshops at Park Royal cover an area of something like three acres, and it was the very centre of this mass combustible property that a fierce fire broke out, at four o’clock in the morning, and spread right and left, in the words an eye witness, with the speed of galloping horse.” ...'[2]