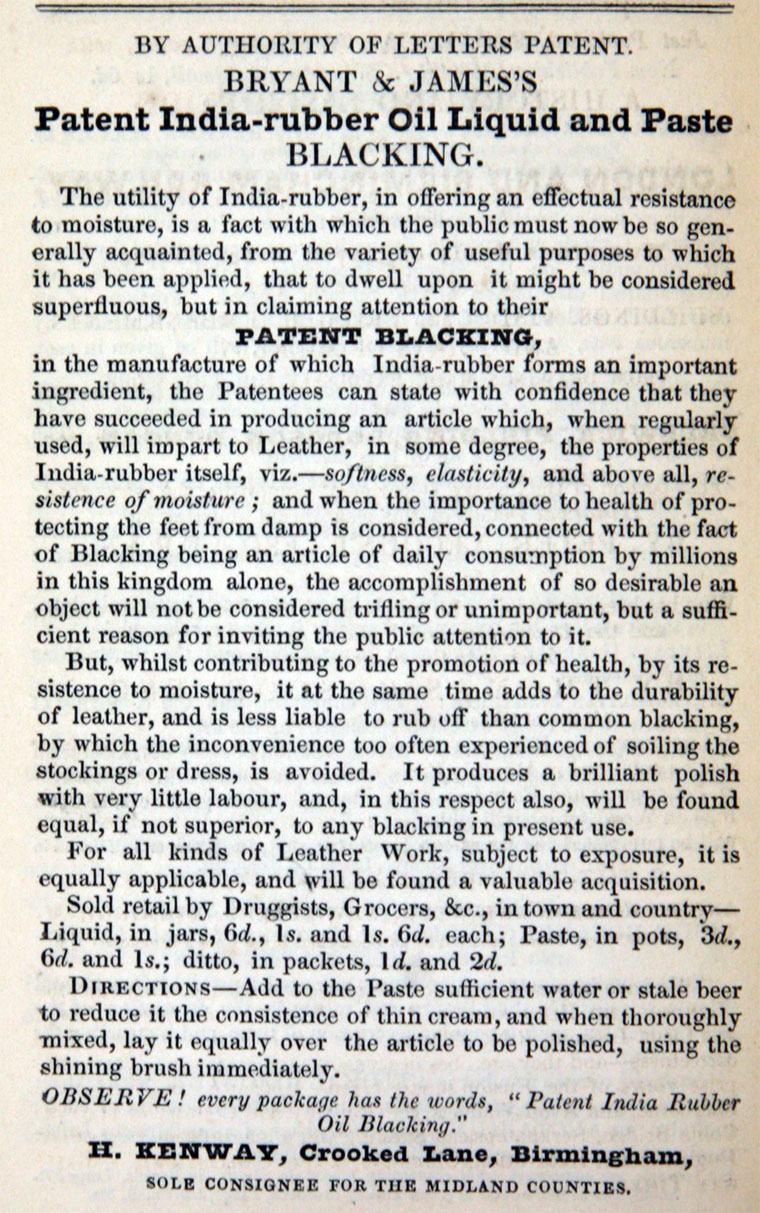 1835 Bryant went into partnership with general merchant Edward James as Bryant and James.

1836 Bryant invented and patented the "manufacture of liquid and paste blacking, by introducing India rubber, oil and other articles and things."

1843 A partnership was formed in 1843 between, two Quakers, Francis May and William Bryant, to establish a Provisions Merchants business in Tooley Street, London.

1850 Started importing Swedish matches, produced by Carl and Johan Lündström. Their first order was for 10 or 15 cases of 720,000 matches (each case held 50 gross boxes, with a box holding 100 matches). The next order was for 50 cases; and later orders for 500 cases.

This partnership was successful, so Francis May and William Bryant decided to merge the partnership with Bryant's company, Bryant and James, which was based in Plymouth, as Bryant and May.