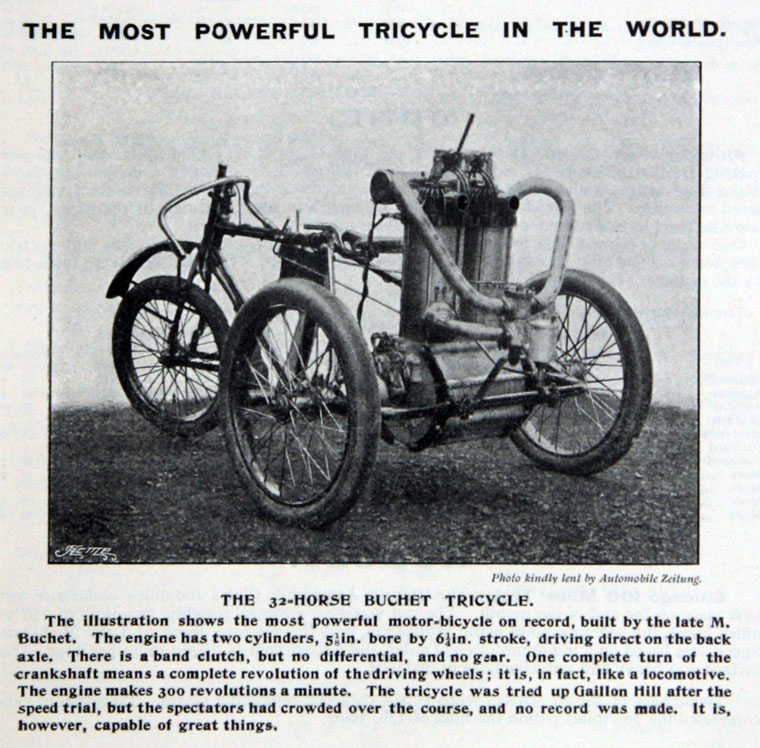 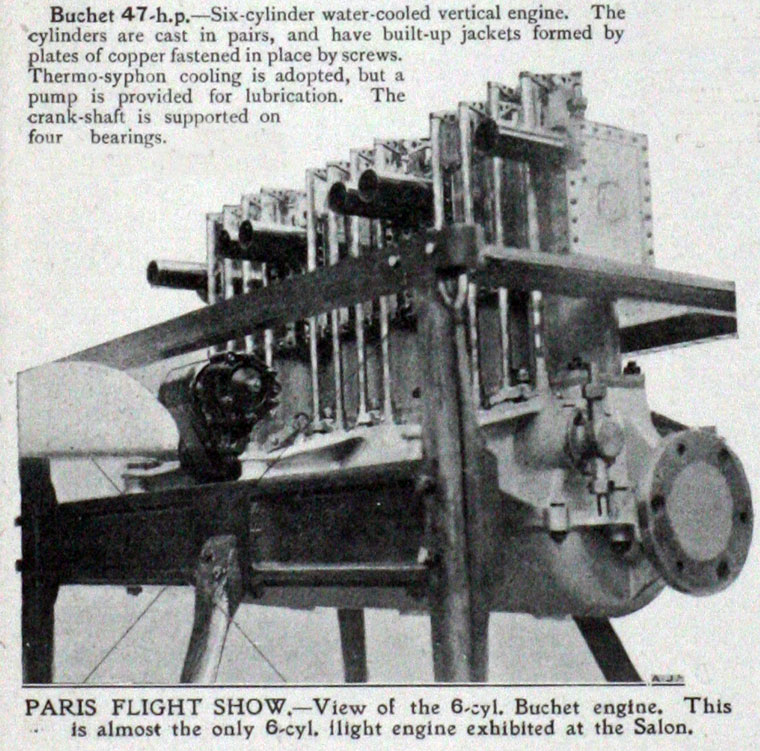 c1910 Produced the Buchet automobile which continued in production until 1930. This was offered as a 12/20hp model with a 1996cc engine.

Post-WW1: Additionally 1,131cc and 1,551cc cars were produced; these remained in production, largely without change, until the company closed down.

The last model introduced, at the end of the company's life, was a 1,737cc six-cylinder car.