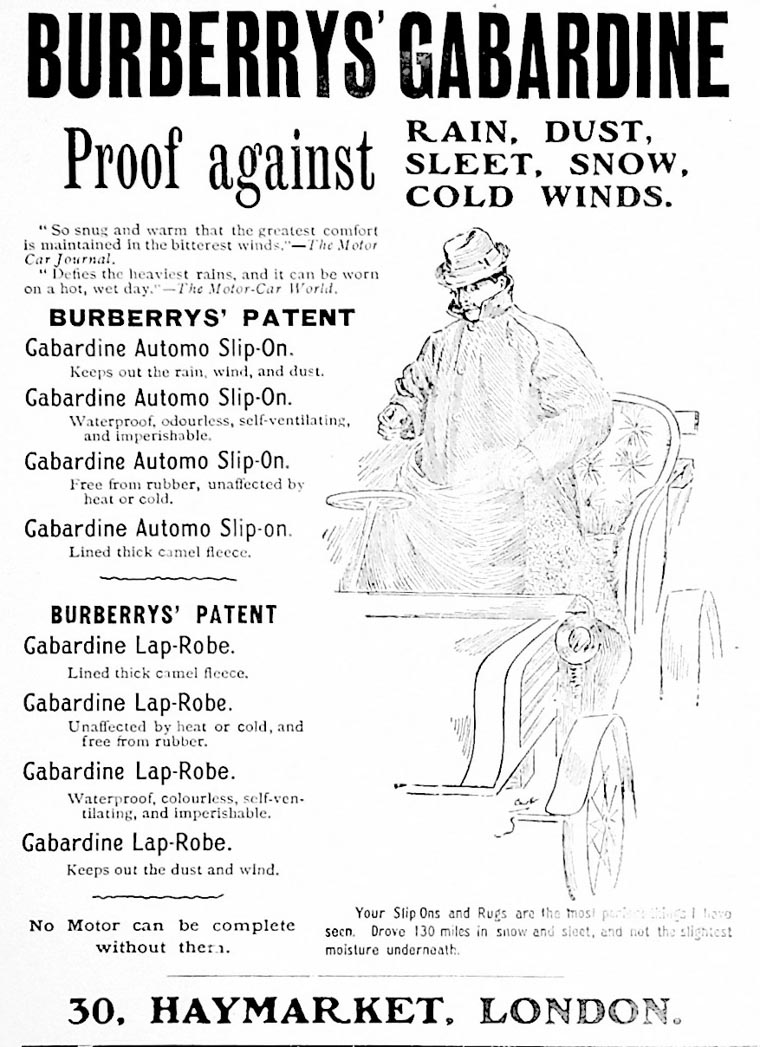 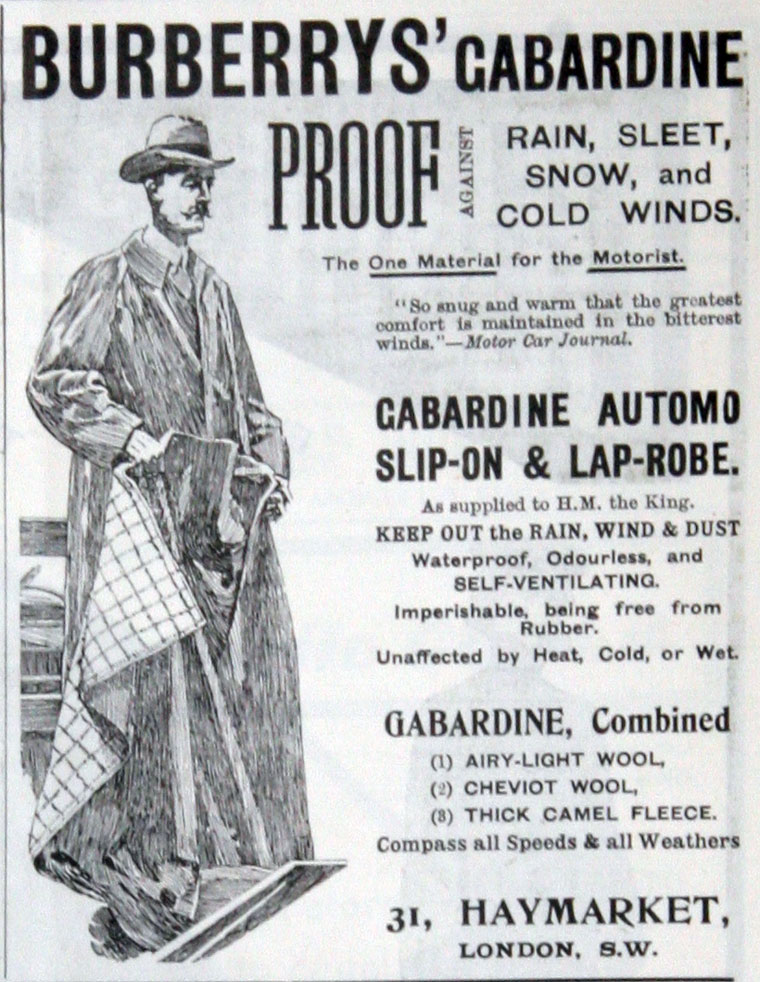 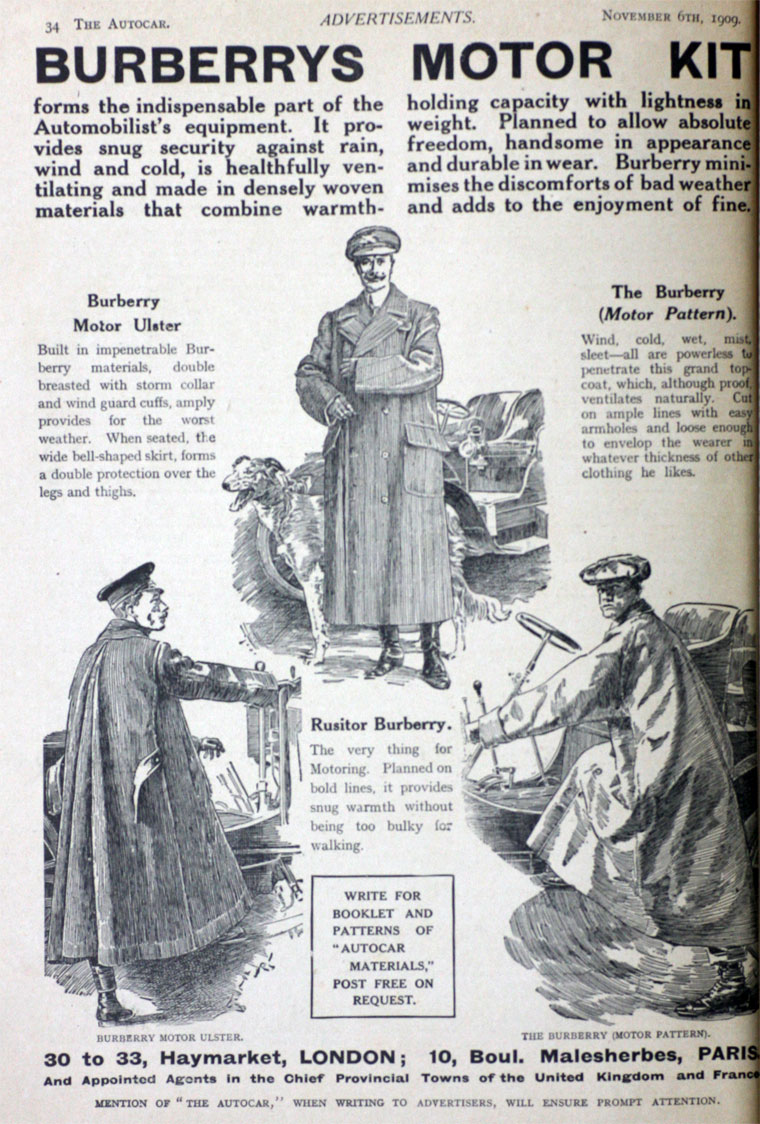 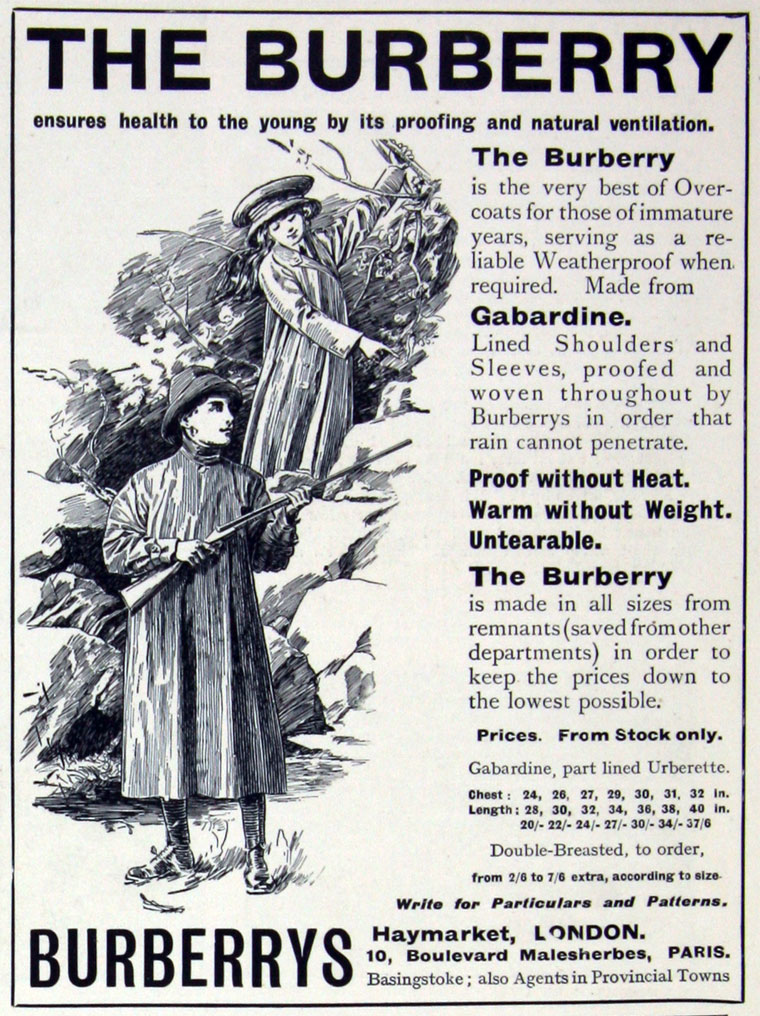 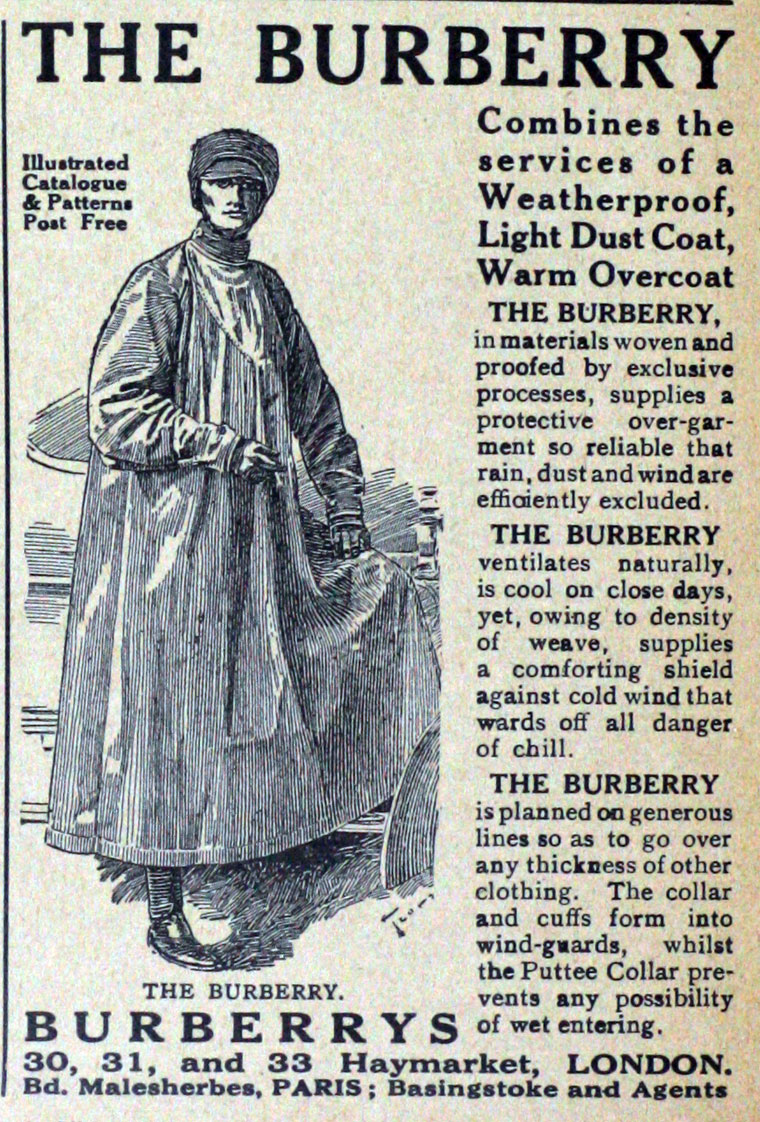 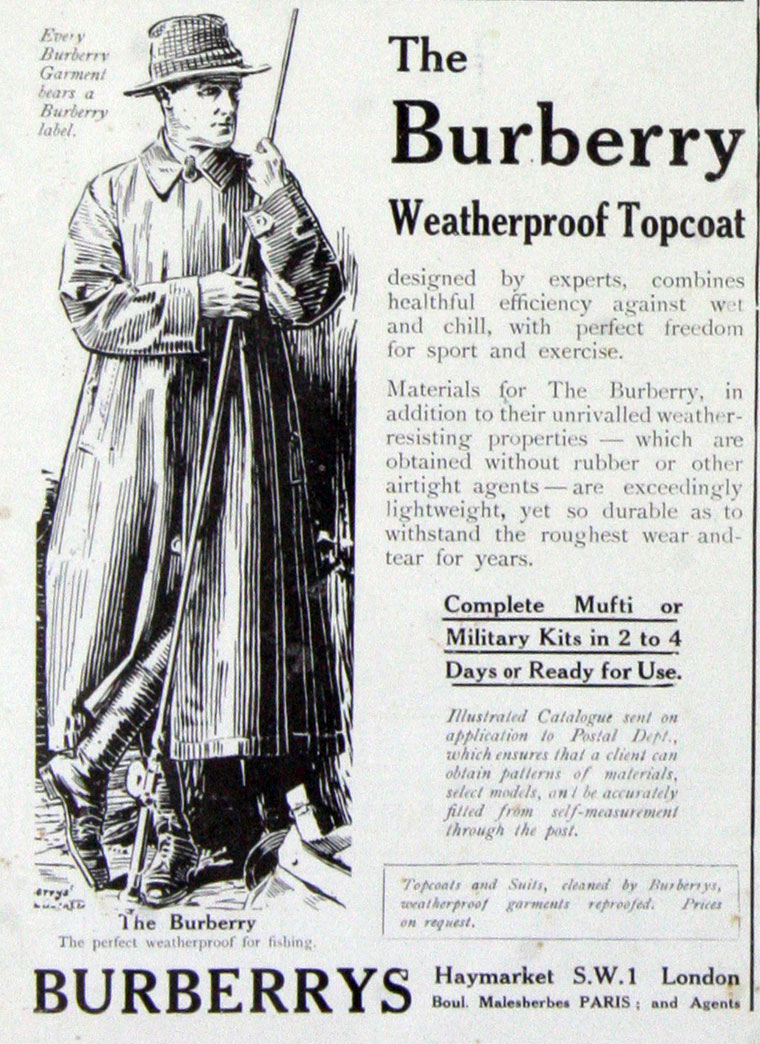 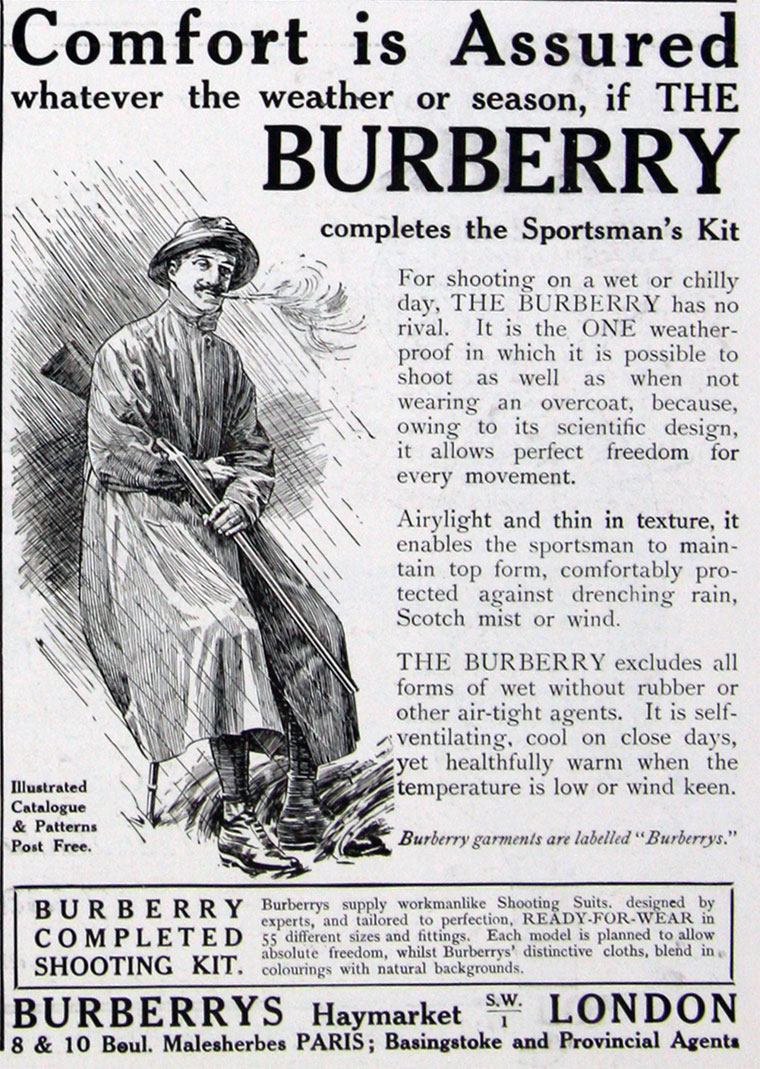 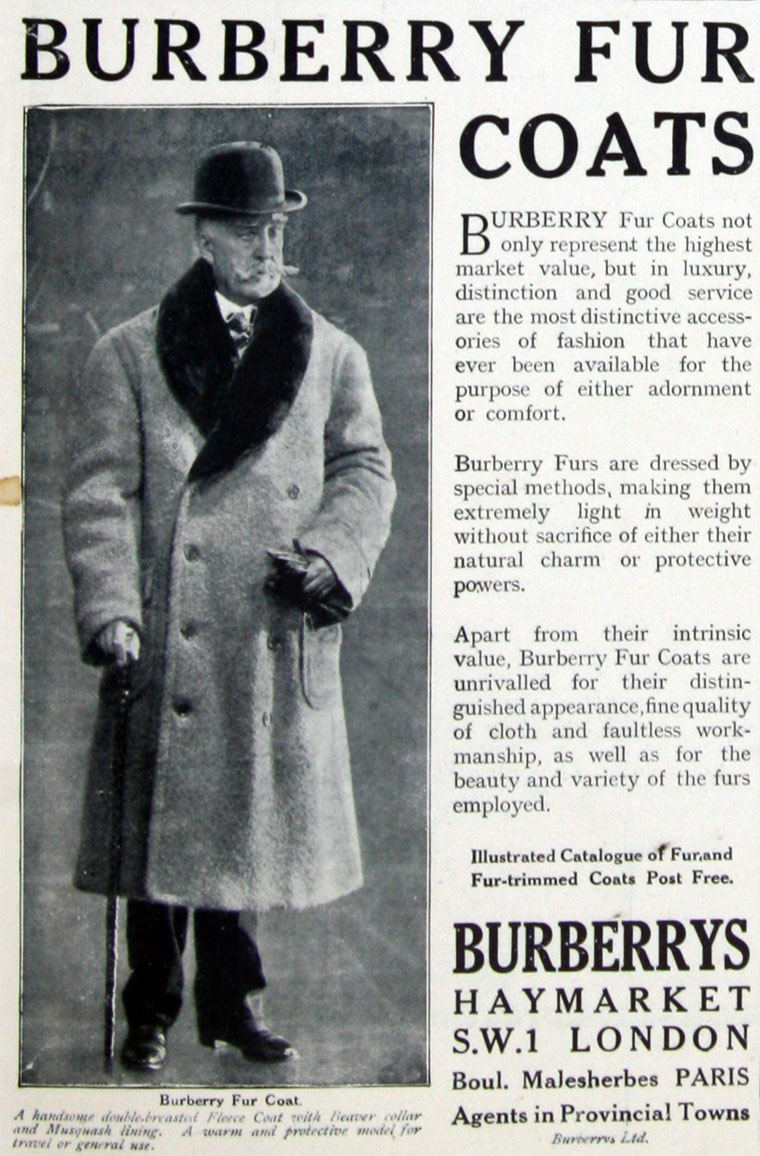 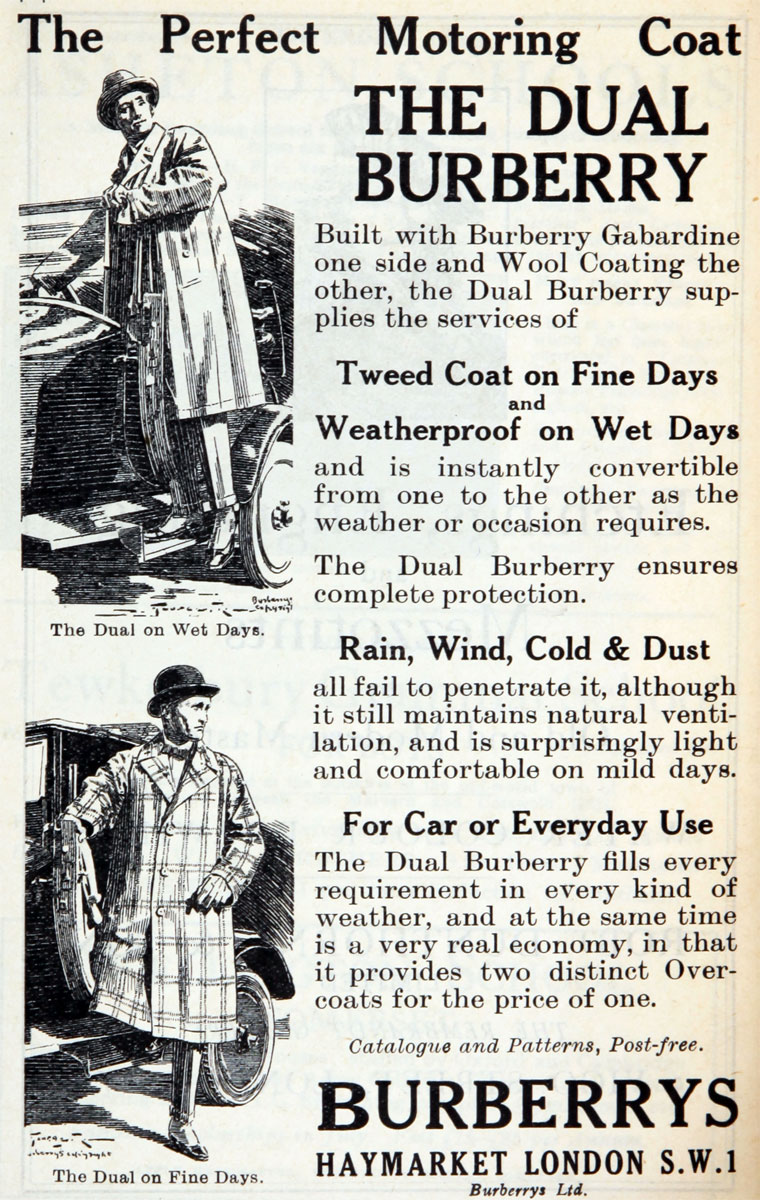 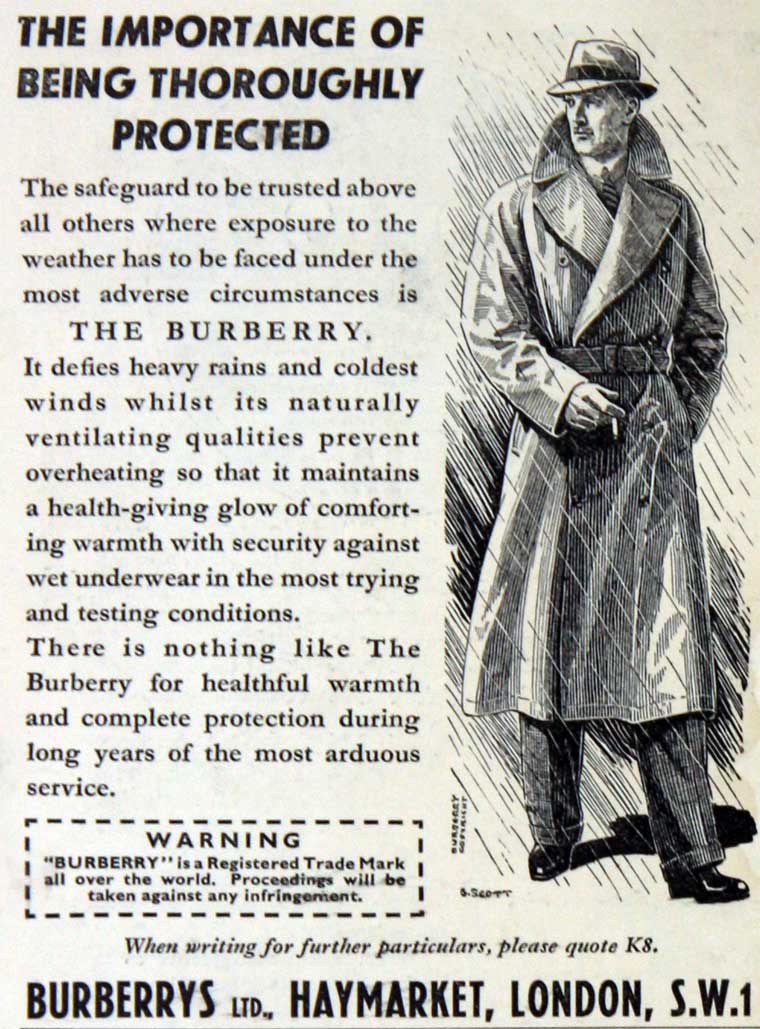 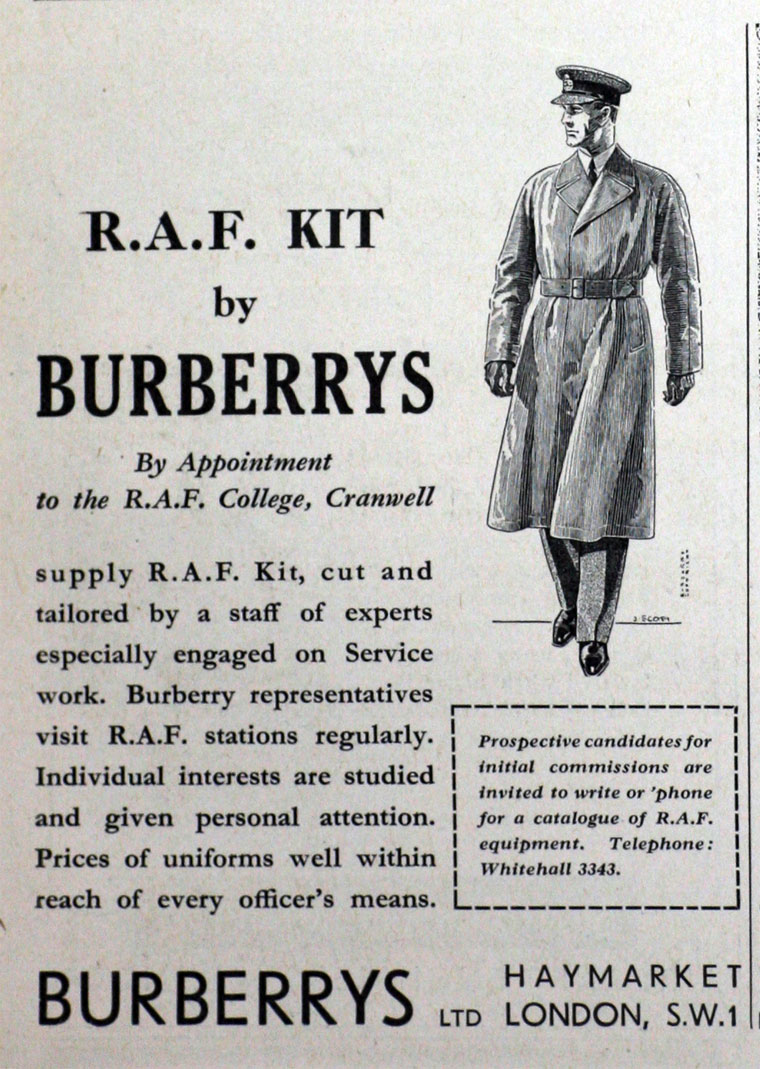 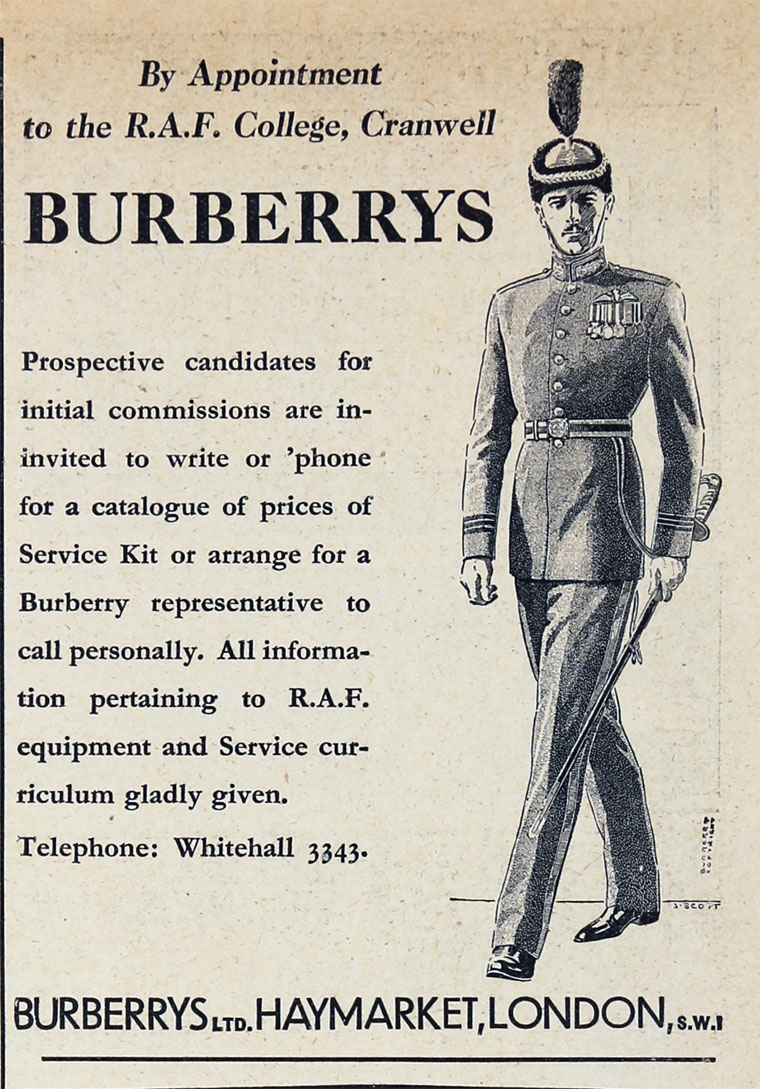 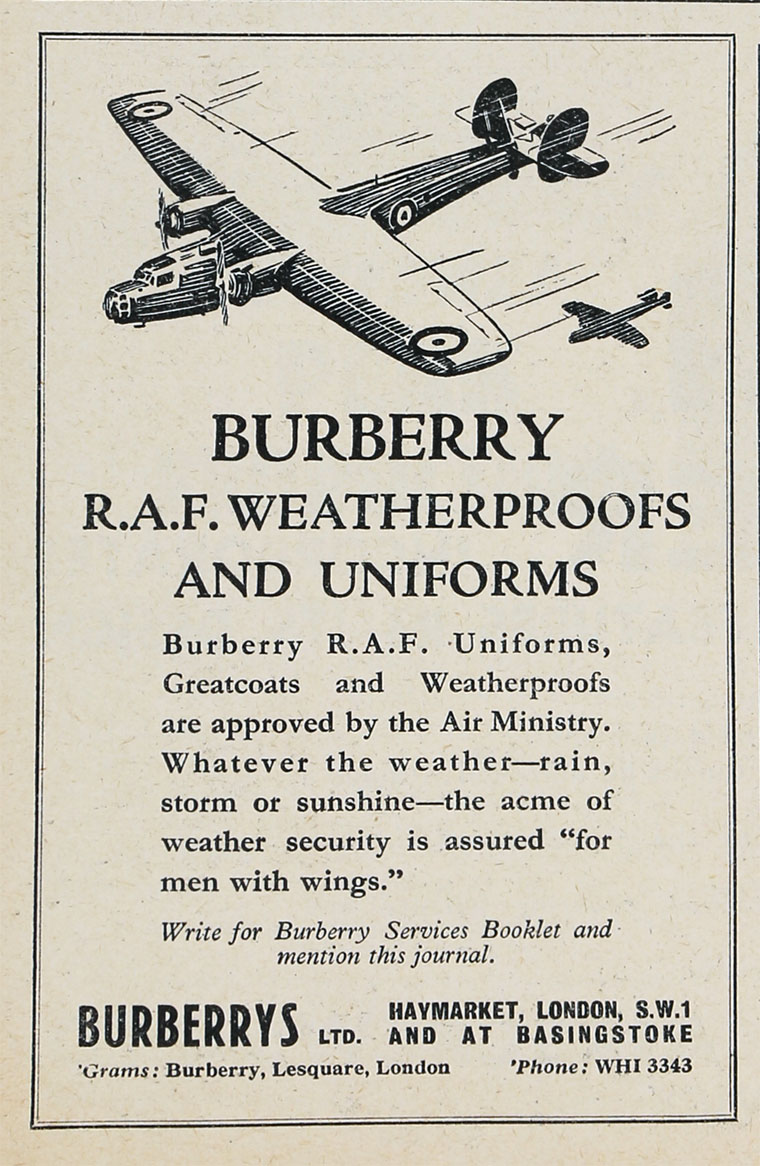 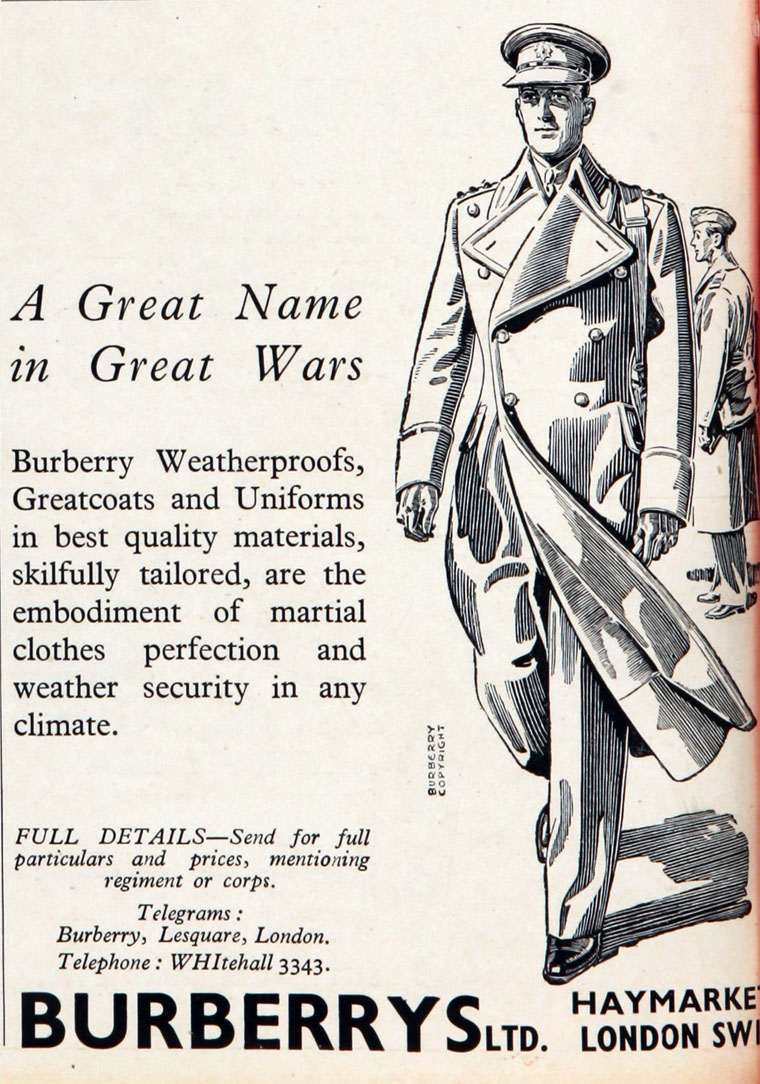 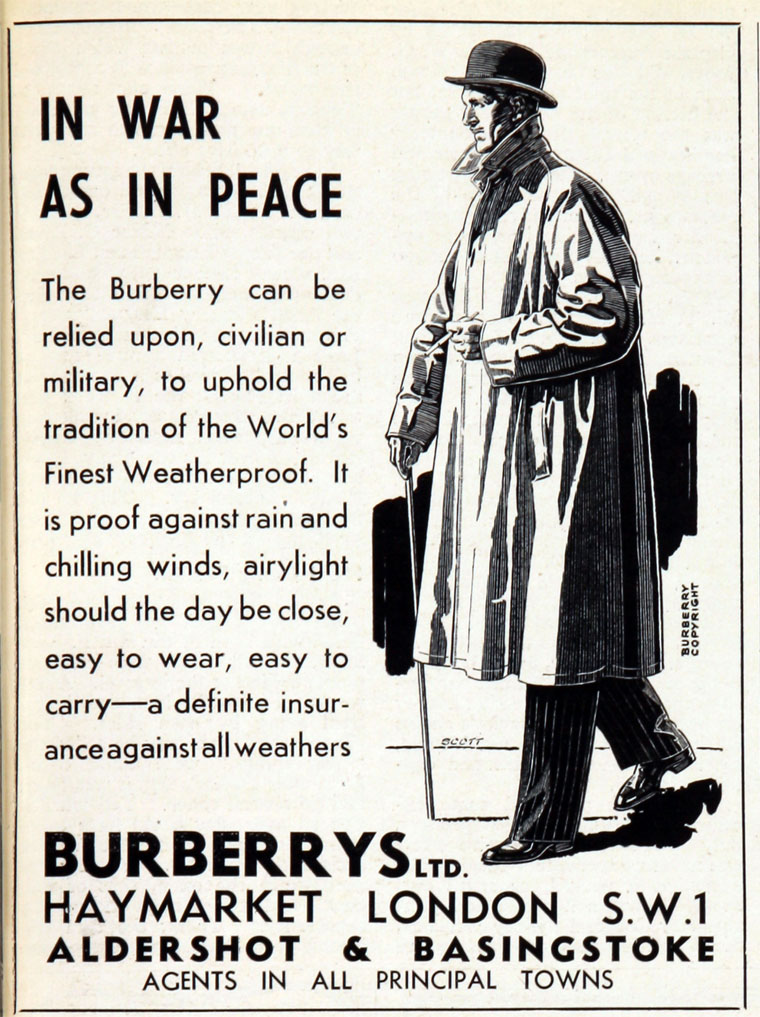 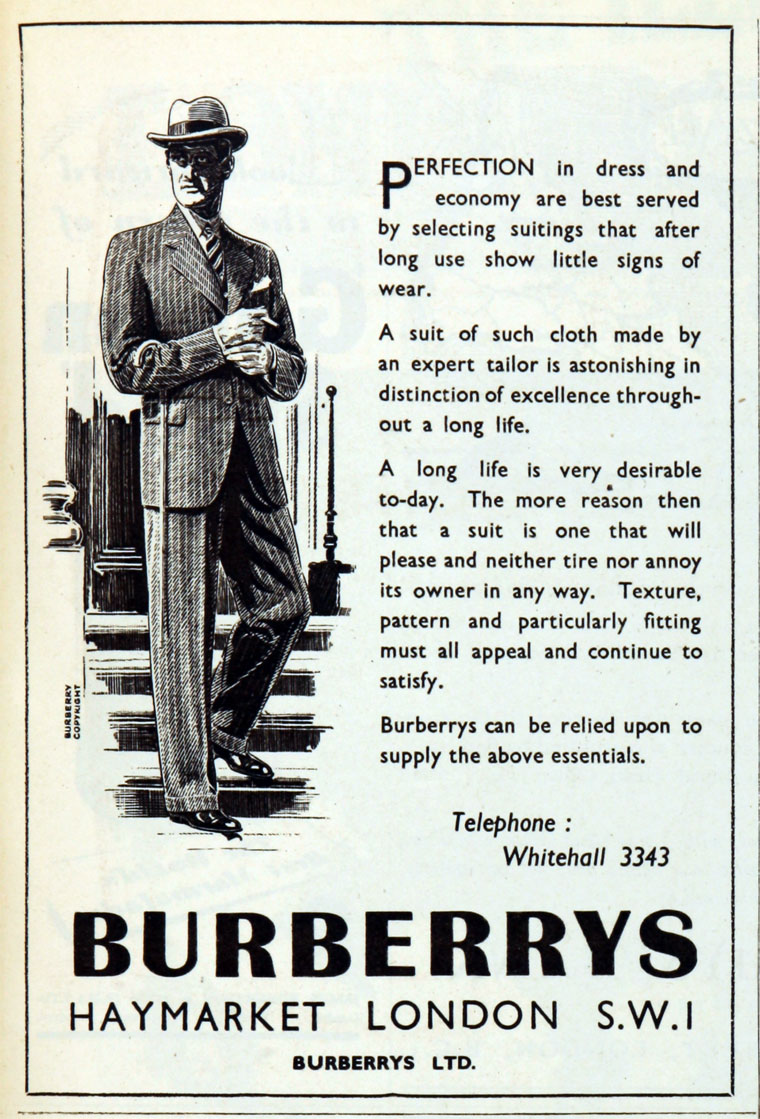 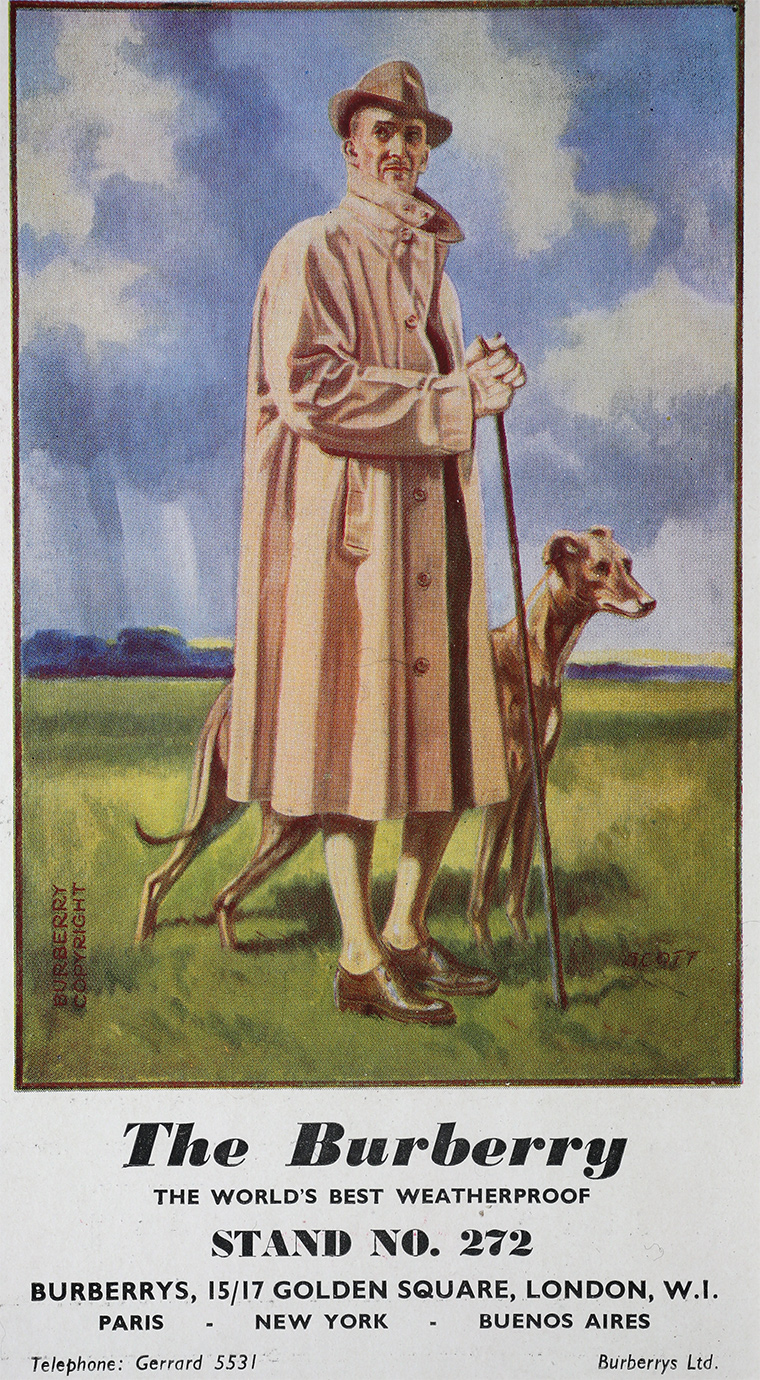 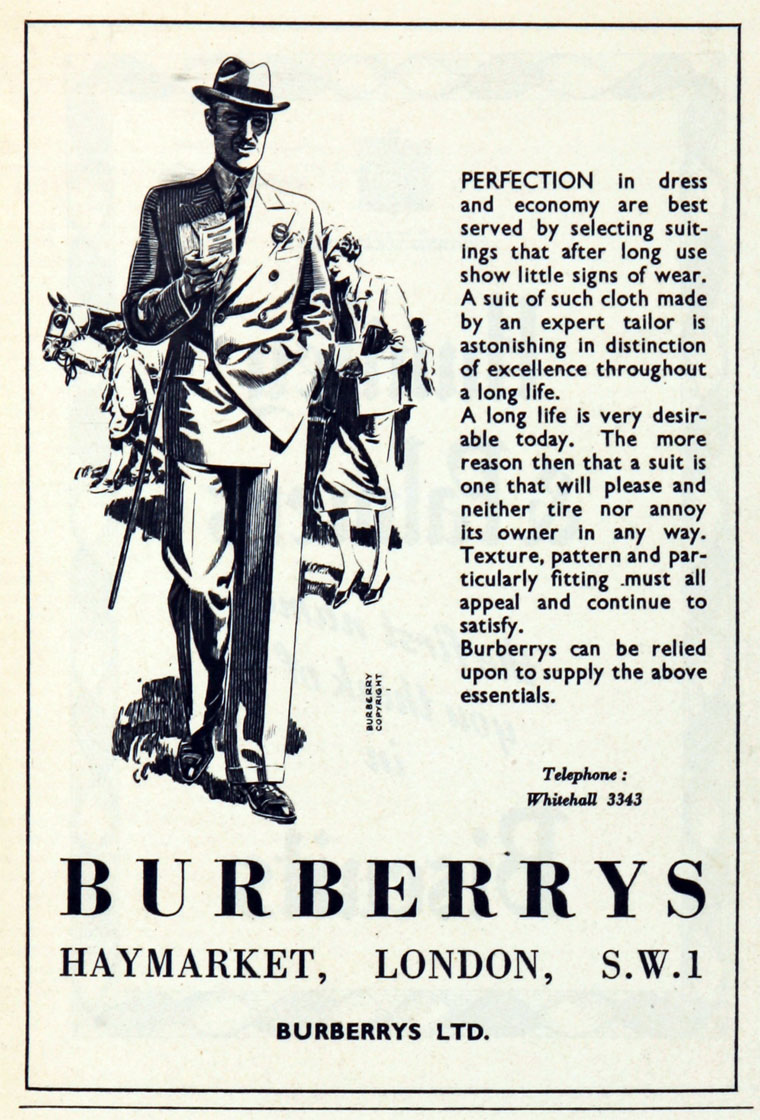 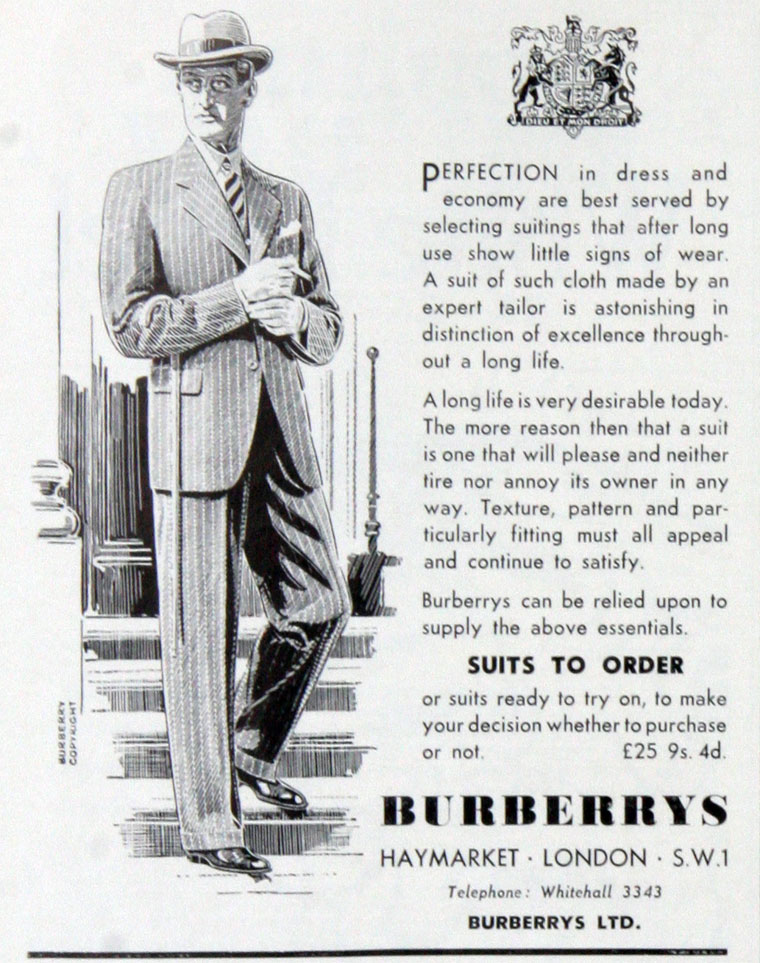 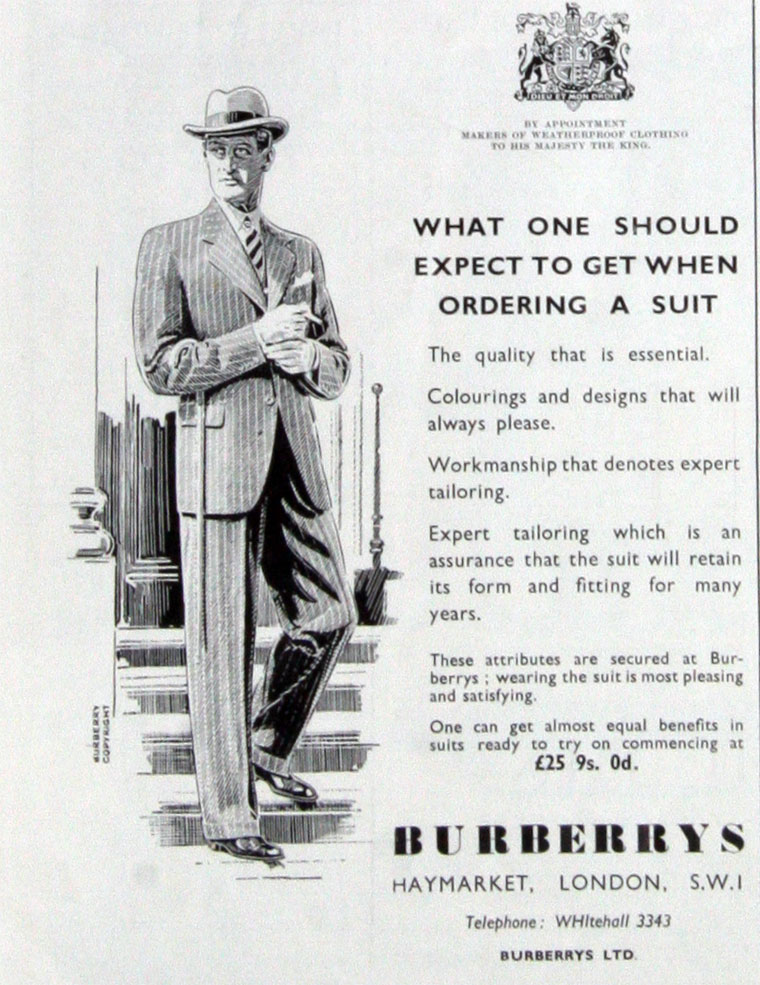 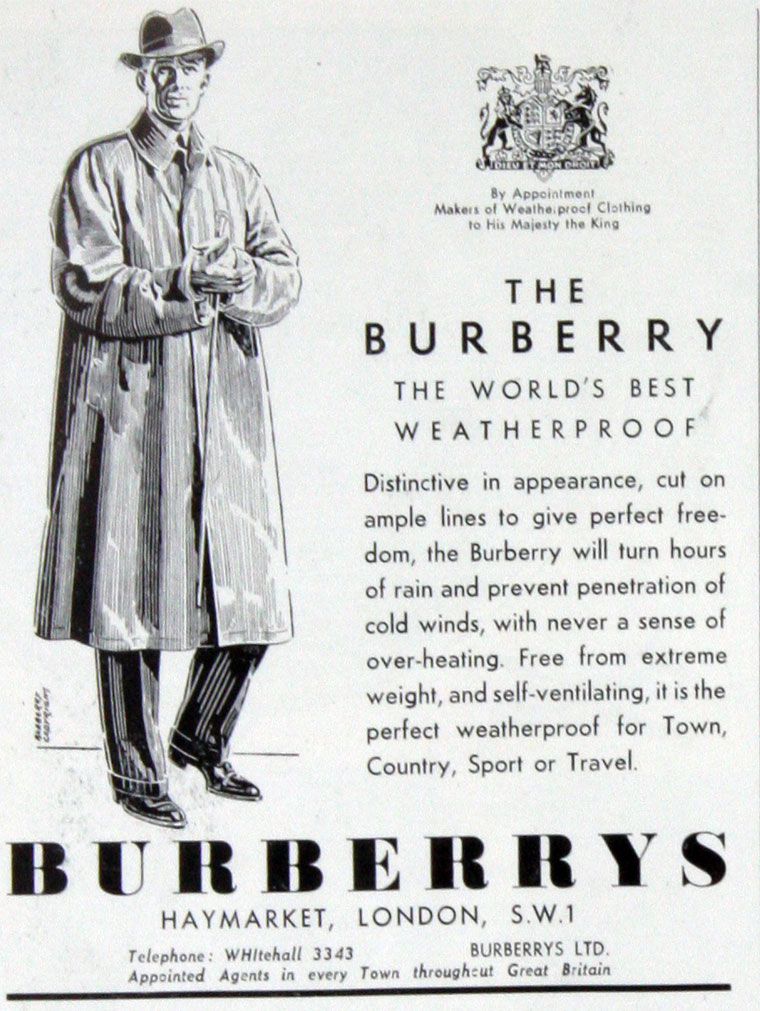 'Burberry is a luxury brand with a distinctive British sensibility, strong international recognition and differentiating brand values that resonate across a multi-generational and dual-gender audience. The Company designs and sources apparel and accessories distributing through a diversified network of retail, wholesale and licensing channels worldwide. Since its founding in England in 1856, Burberry has been synonymous with quality, innovation and style'. (Corporate profile)

1870 A commitment to quality an innovation had earned Burberry a loyal following and the shop had now grown into an 'emporium'.

1880 Burberry had developed and introduced Gabardine - the breathable, weatherproof and tearproof fabric.

1891 Now trading as Thomas Burberry and Sons, the business opened a shop at Haymarket in the West End of London.

1895 Burberry developed the Tielocken, the predecessor of the 'Trench Coat', adopted by British officers during the Boer War.

1911 Equipped by Burberry, the Norwegian explorer Roald Amundsen was the first person to reach the South Pole.

1914 Commissioned by the War Office, Burberry adapted its earlier officers' coat for combat requirements, added epaulets and 'D' rings, and the Trench Coat was born.

1920 Burberry check was registered as a trade mark and introduced as the lining to the Trench Coat.

1955 A Royal Warrant was awarded by Her Majesty Queen Elizabeth II. The company was bought by Great Universal Stores.

1989 A second Royal Warrant was awarded by HRH the Prince of Wales.