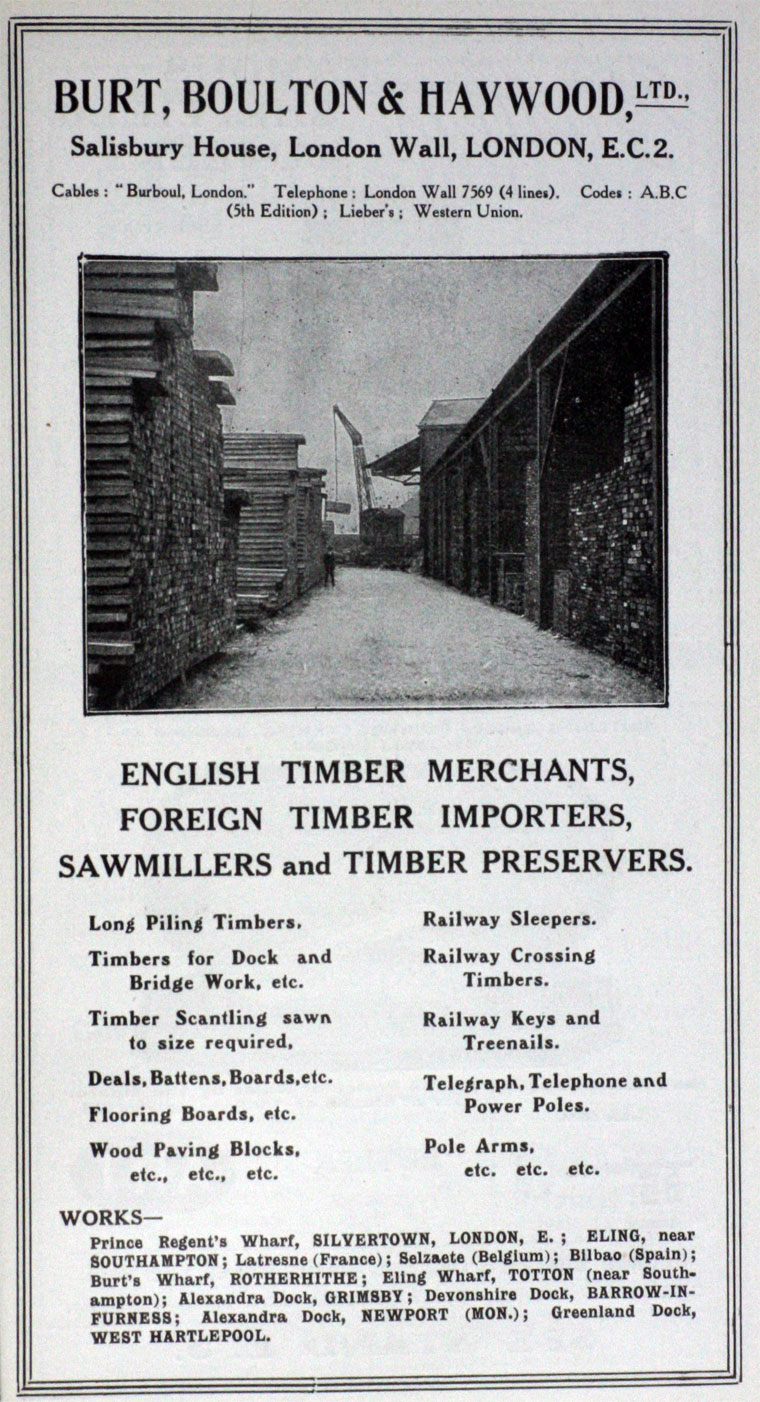 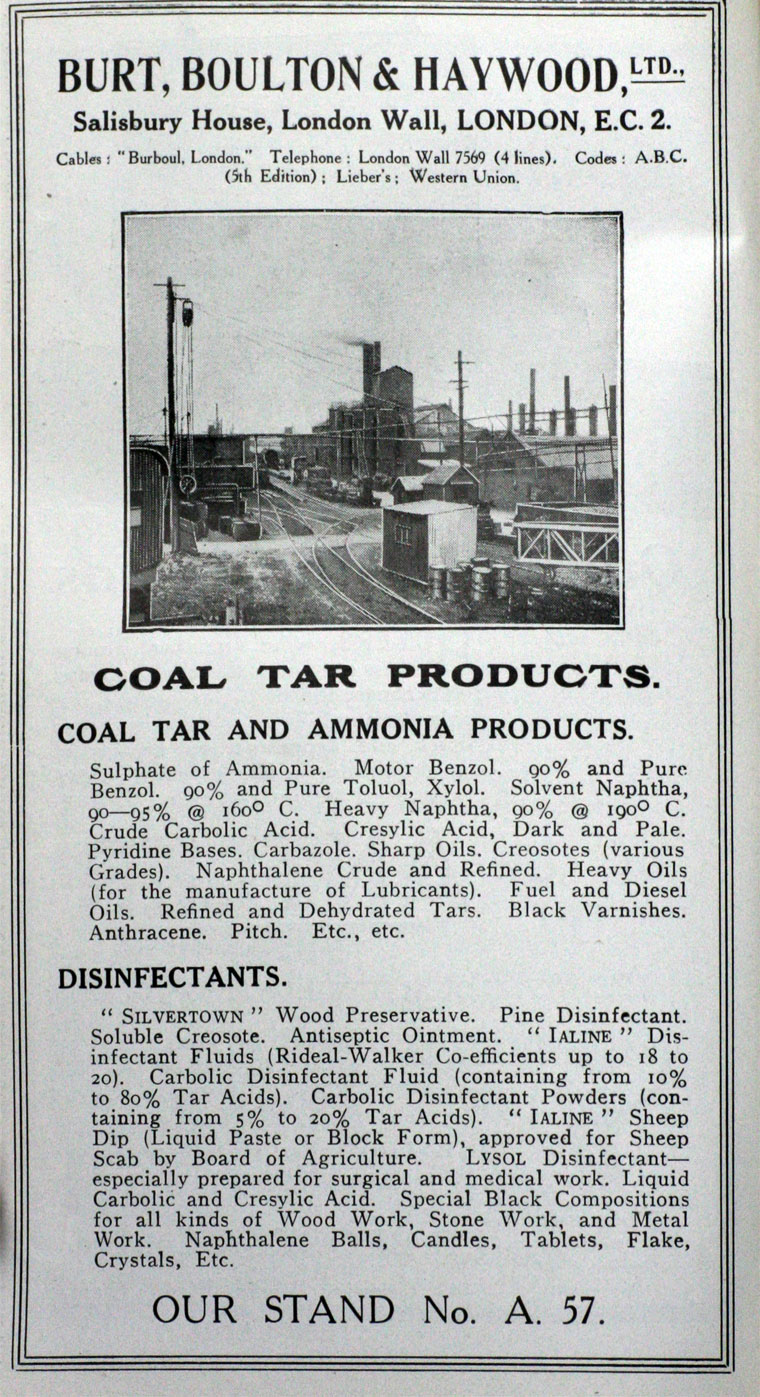 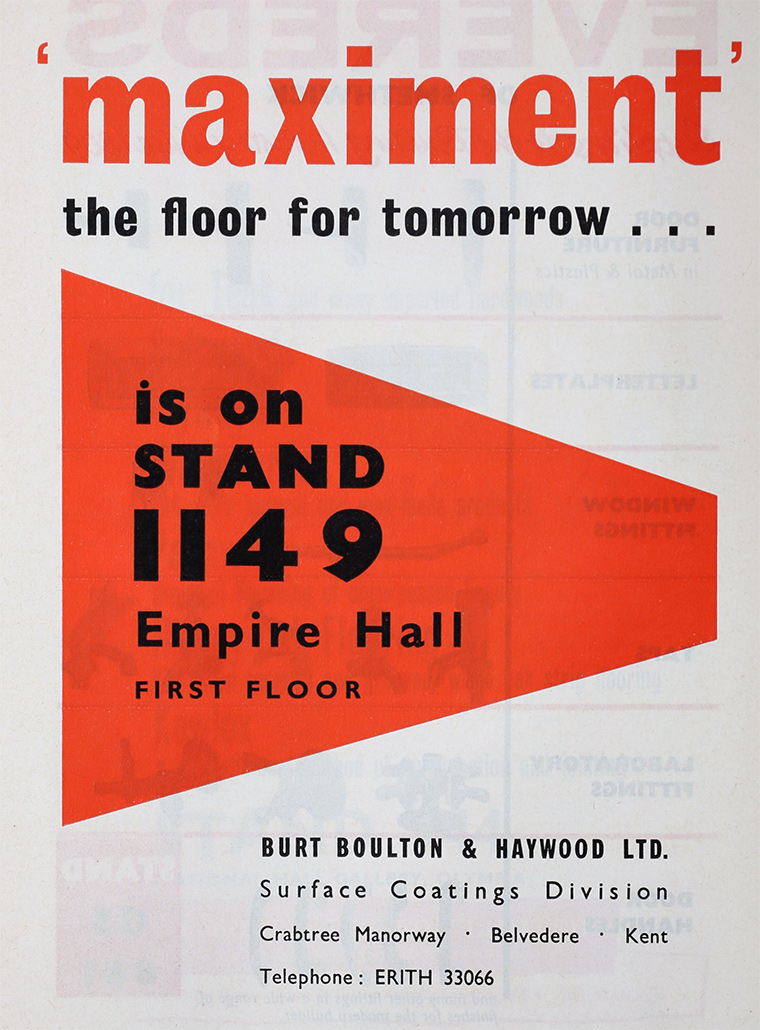 1848 Company was founded by H. P. Burt and S. B. Boulton, who laid the foundations of the timber preservation industry.[1]

1876 The by-product of heating coal to make gas was a tarry mixture of chemicals. By this date, Burt, Boulton and Haywood were distilling 12 million gallons of coal tar each year to extract many chemicals which could then be turned into disinfectant, insecticide and dyes. The coal tar came from gasworks, such as those at Beckton. Sulphur from the gas works was the raw material for local manufacturers of sulphuric acid, needed by other nearby companies producing products such as fertilizers.

1876 Burts bought the dyestuffs works at Greenford Green (where alizarin manufacture had originally been developed by W. H. Perkin) from Brooke, Simpson and Spiller. With it they acquired the rights to work the alizarin patents. They transferred the manufacture to Silvertown the following year.

1877 With the German company Bad. Anilin and Soda Fabrik the firm granted licences to several firms to manufacture alizarin in accordance with the 1869 patents held by the 2 companies[2]

1881 Became the only British member of The Alizarin Convention, a cartel designed to regulate the price of alizarin dyes and allocate sales quotas, with nine German manufacturers. The company had a quota of slightly under 10% of the total.

1898 The company was registered on 3 August, to take over the business of a firm of the same name, timber merchants and sawmill proprietors, tar distillers and chemical manufacturers. [4]

1921 Patent - Improvements in apparatus for distilling coal tar, petroleum and other liquids. [5]

1930 Trinidad Leaseholds acquired the petroleum distribution side of Burt, Boulton and Haywood and would market motor spirit under the brand Regent[7].