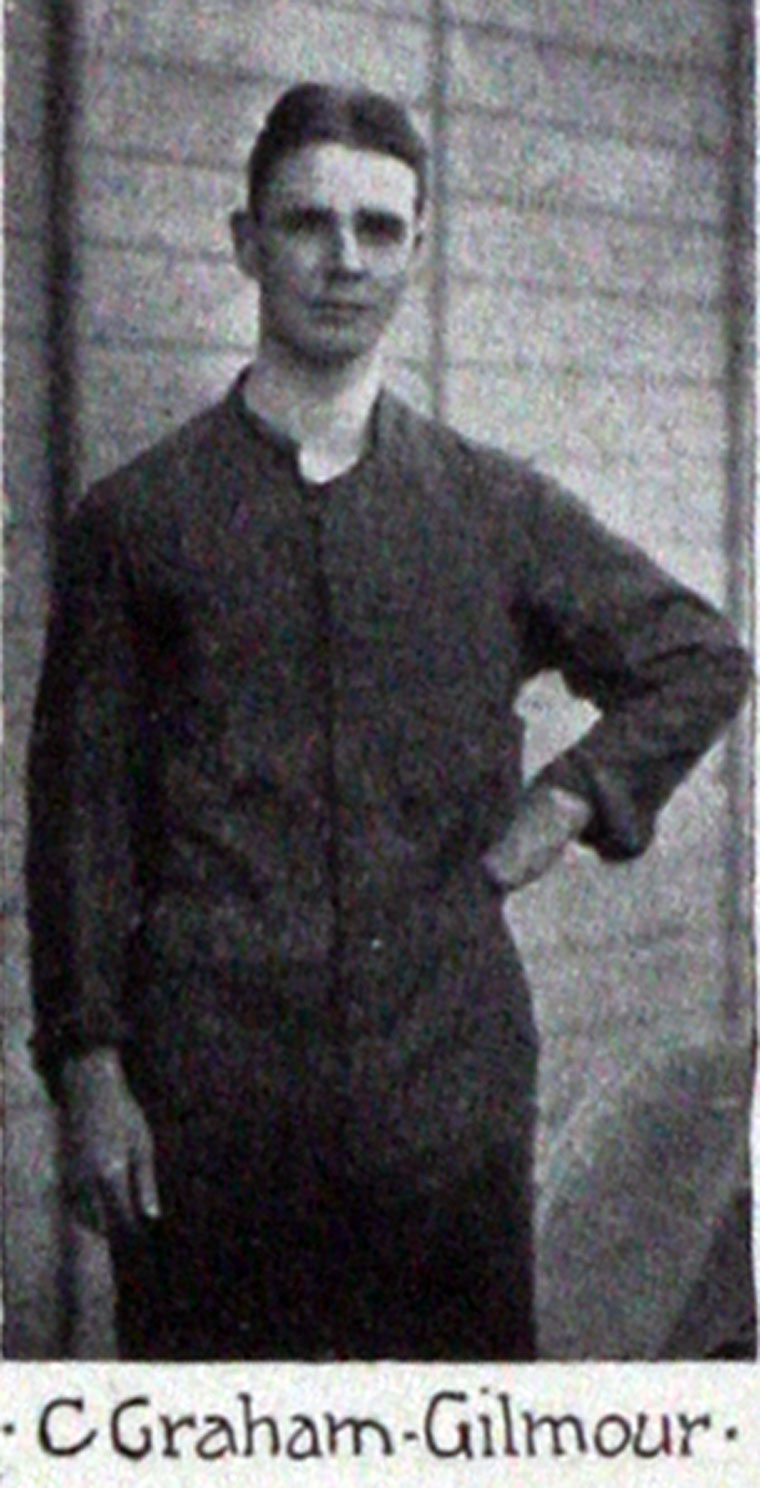 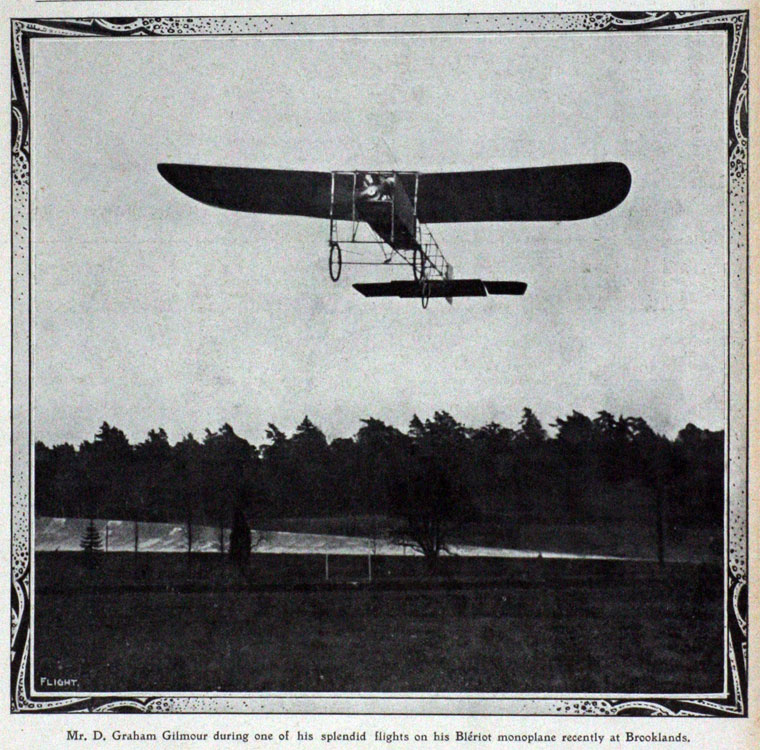 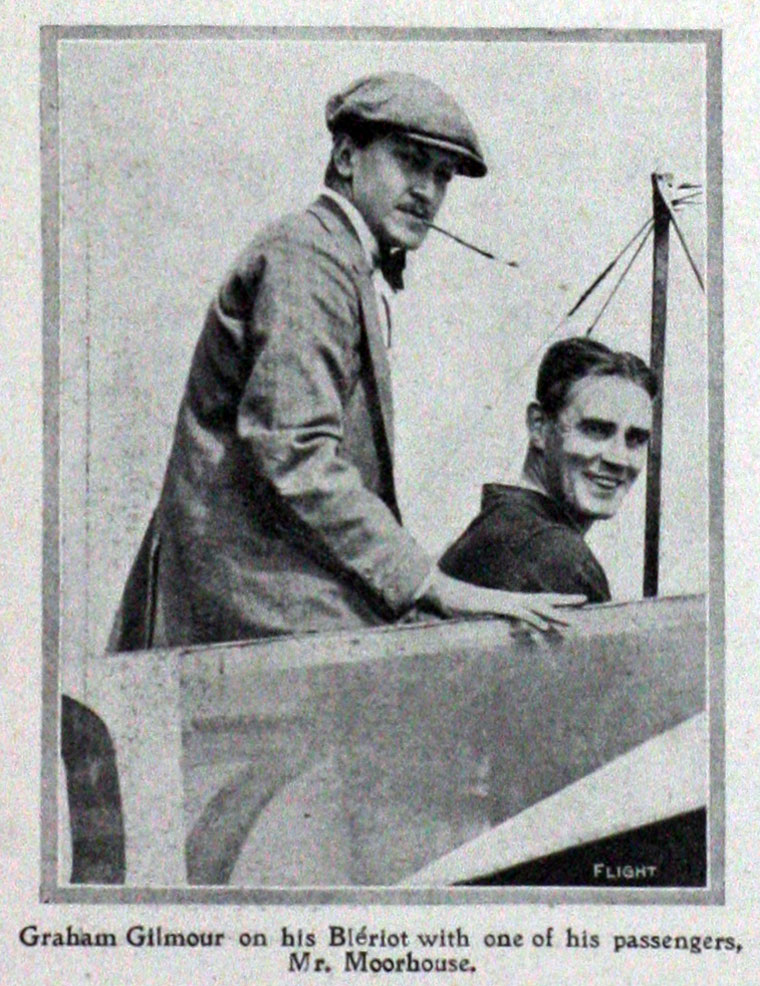 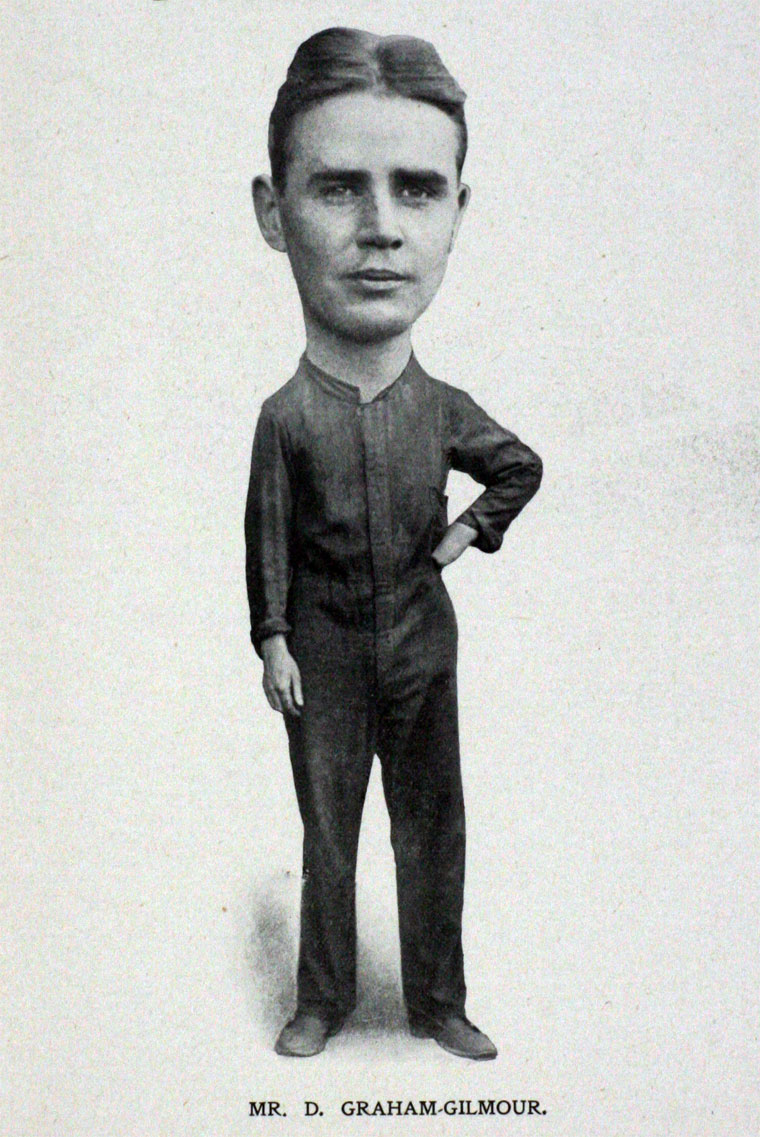 The news of the death Mr. Graham Gilmour was nowhere received with greater regret than in the Dorking district where he was well known. the youngest and most daring of Engliush airmen, Mr. Gilmour was killed on Saturday while attempting a flight from Brooklands down the Thames to London in a new monoplane. He started on his journey under the best of climatic conditions, and was flying splendidly, when suddenly while passing over the Old Deer Park at Richmond, something snapped, the machine collapsed, and fell like a stone to the ground about 300 ft. below. Mr. Gilmour was found dead beneath the wreckage, but a little girl, one of many spectators of the tragedy, declares that she distinctly heard the airman cry out “Goodbye" as he was falling.

Mr Gilmour is the ninth British airman killed since July, 1910. It is stated that, half hour before his death, he was conversing over the telephone with a friend in London. He had asked about the weather conditions in town, and finished the talk by saying: “It is about time the machine had some sort of a show given to it.” The machine is stated to have been a Martin-Handasyde to which new wings were fitted a few days ago.

Mr. Donald Stevenson, an aeronautical engineer, whose works overlook the Old Deer Park, heard the hum of the aeroplane, he afterwards stated, and then a sharp crack, as of snapping woodwork. "Then I saw the machine falling through the air, nose down. The wings were a most curious position, and seemed to be folded back along the body like those of a bird”. A man who was only 50 yards away from where the machine fell, said: “I was watching it closely. Mr. Gilmour was flying steadily and at a great speed. Suddenly the left wing crumpled up, in another moment the right wing also doubled up, and the whole aeroplane dived down to earth. The engine was still working when the machine struck the ground. Mr. Gilmour never moved and when put my hands on his heart it had ceased beating”.

No airman was better known at Brooklands than Mr. Gilmour. Clean-shaven and rather pale, his face was dominated by his eyes, which were dark and full of fire. He was enthusiastic, quick-tempered, and entirely fearless, and he appeared to act almost entirely upon impulse in everything he did. Ordinary flying palled on him, hence he banked his machine at perilous angles and performed hair-raising feats.

Mr. Gilmour came into conflict with the Royal Aero Club on several occasions. In July last, for planing down over the Henley Regatta Course until his wheels touched the water, his flying certificate was suspended for a month, and he was in consequence unable to compete for "The Daily Mail" second £10,000 prize. He will be remembered chiefly for the magnificent exhibition of airmanship which he gave when flying over the last boat race. Londoners, too. will remember his flight down the Thames over London, when he suddenly appeared near St. Paul's one evening. He also flew to Salisbury to answer an indictment at the Assizes respecting a child run over by one his motor cars. He was acquitted and flew back to Brooklands.