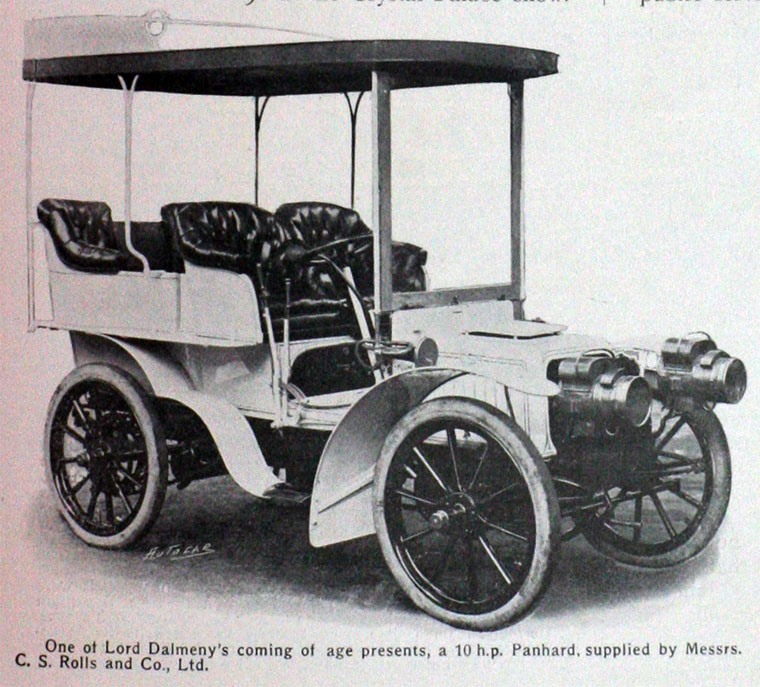 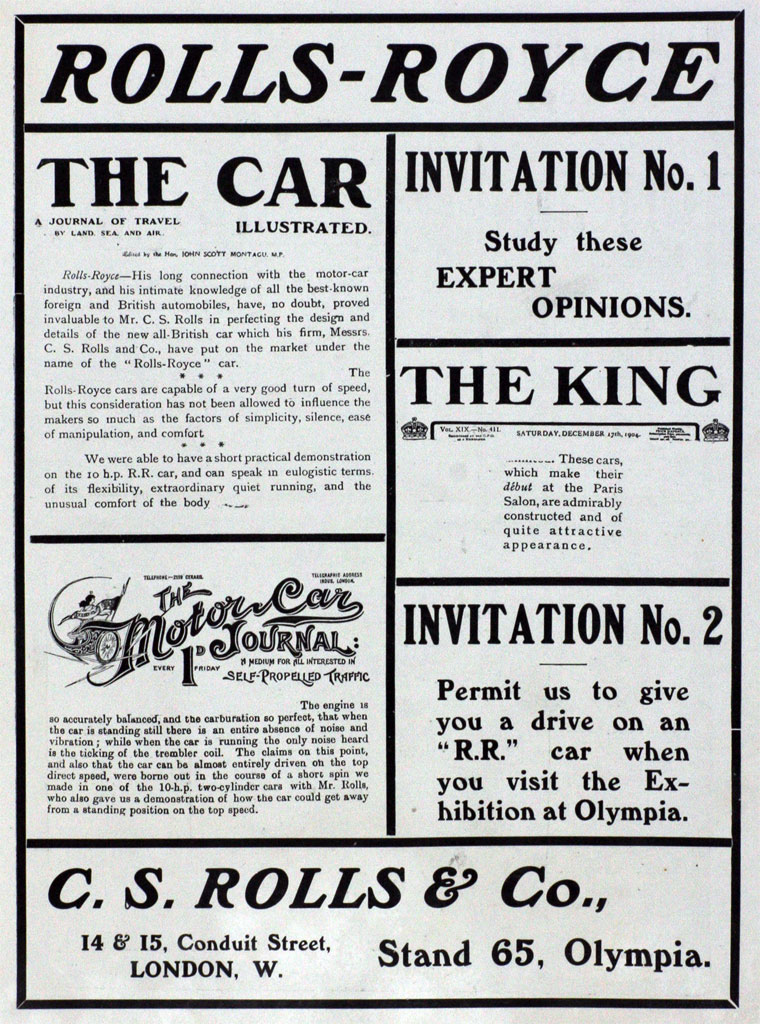 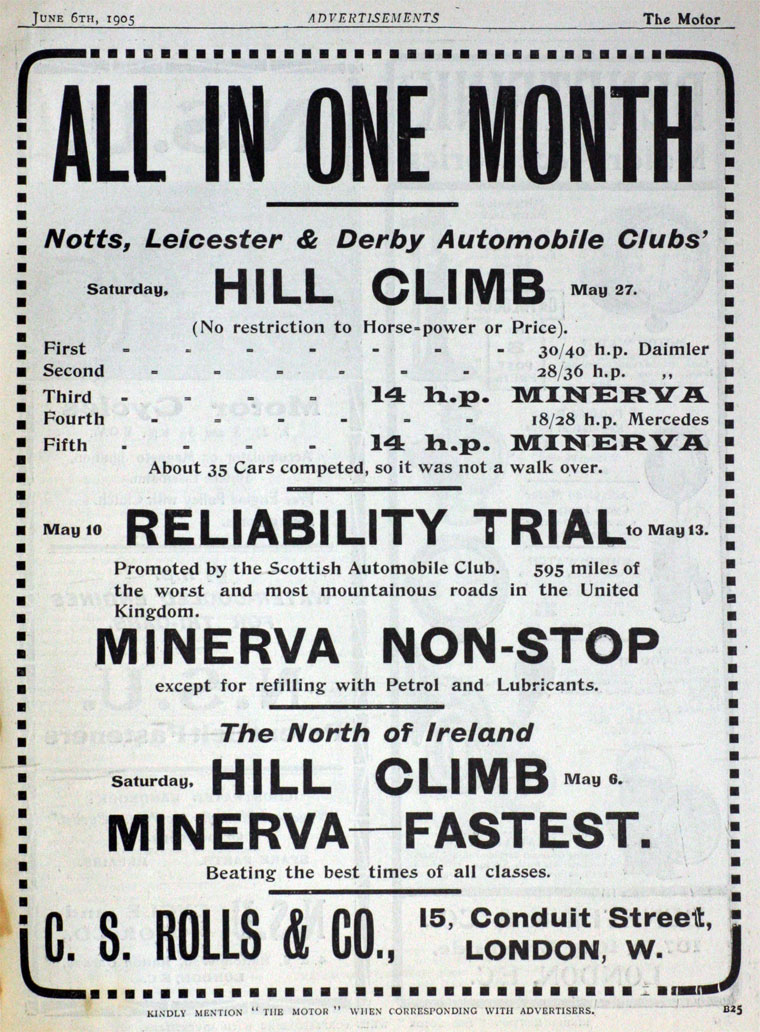 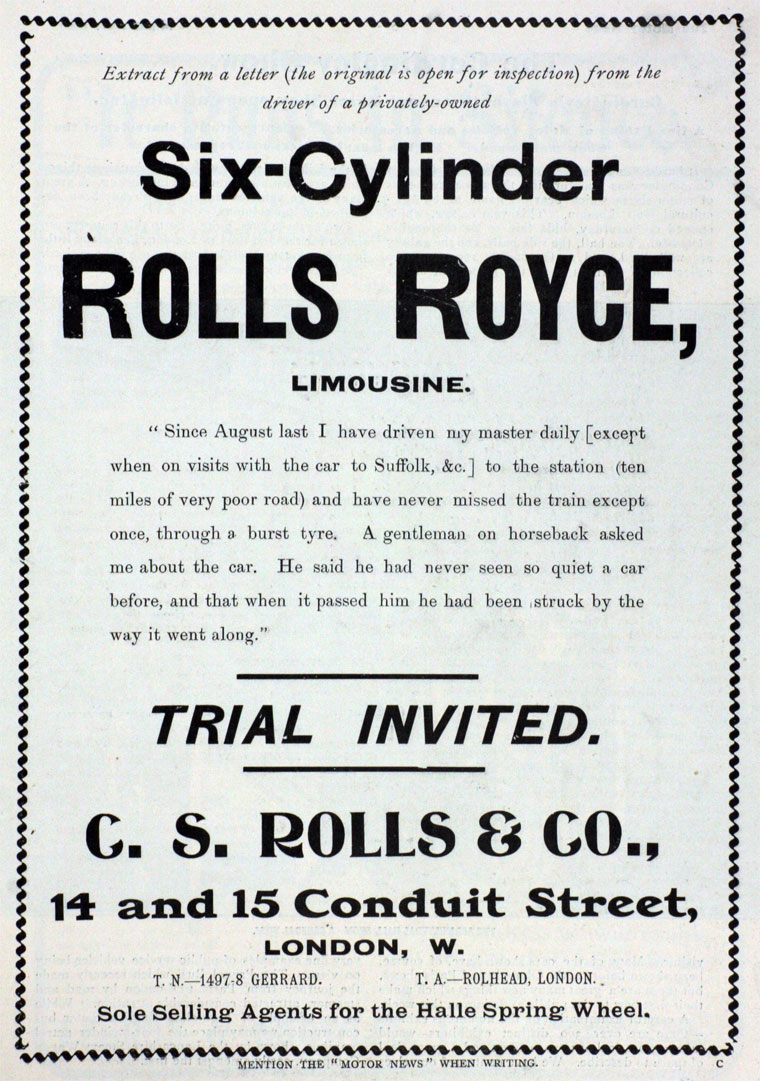 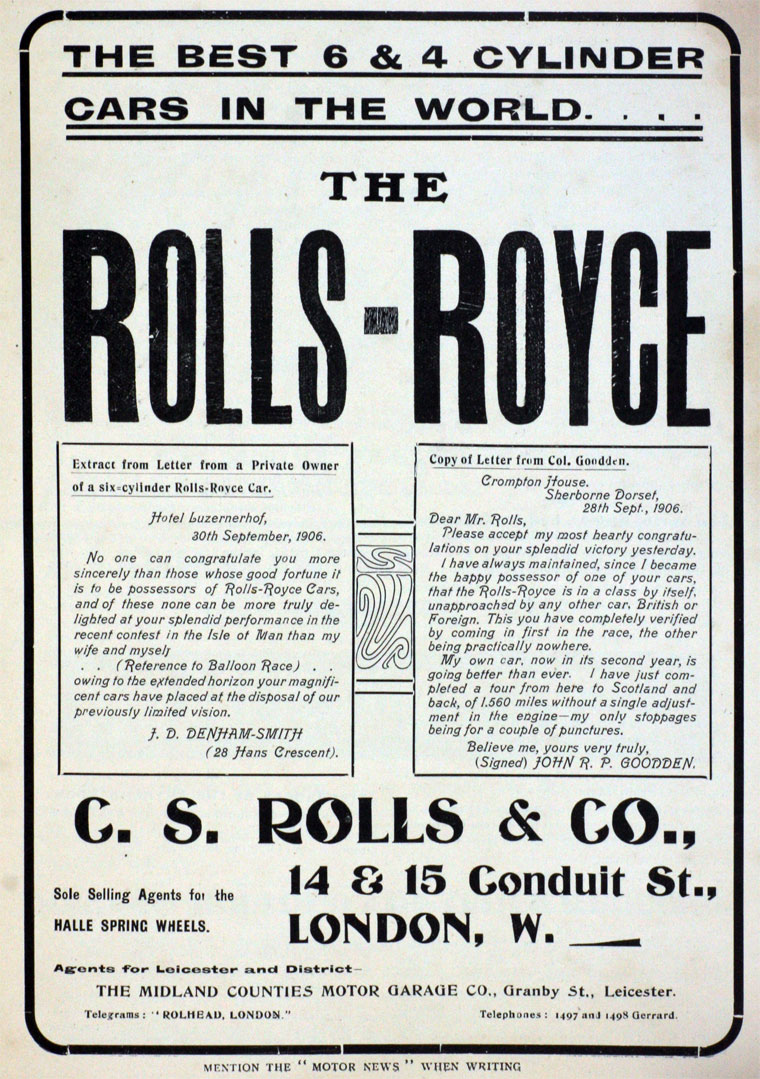 1902 May. Exhibited at the Motor Car Show

1904 23rd December. Charles Stewart Rolls and Claude Goodman Johnson trading as C. S. Rolls and Co entered into an agreement to market the total output of cars of the Royce company; Rolls would make the bodywork[1]. The cars ranged from a two-cylinder 10 hp chassis to a six-cylinder 30 hp model[2]. Rolls handled selling the completed cars to the public[3]

1905 November: At the 1905 Motor Show (Olympia) they exhibited the New all-British Rolls-Royce Motor Car with a 10-hp 7-seater £1,000 Pullman limousine and a 15-hp 3-cylinder 'Silent Laudaulette'. They also showed cars from Minerva and Orleans. [4]

1906 March Rolls-Royce was established. December - New shares issued of £200,000 to increase the capital with a view of enlarging the works, and to acquire the business of C. S. Rolls and Co. [5]