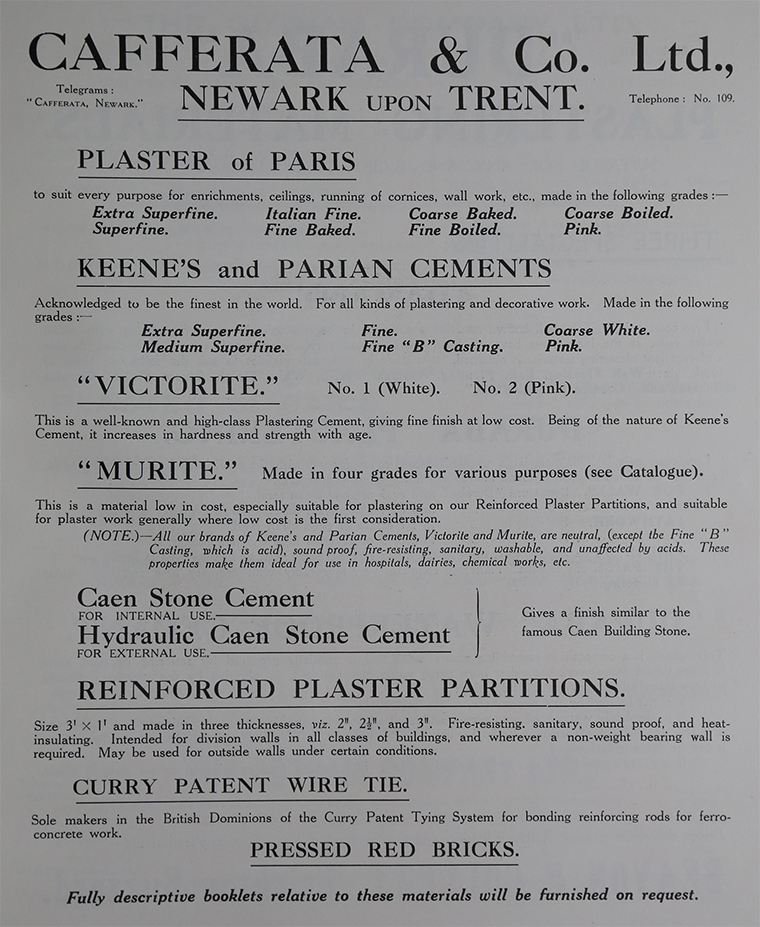 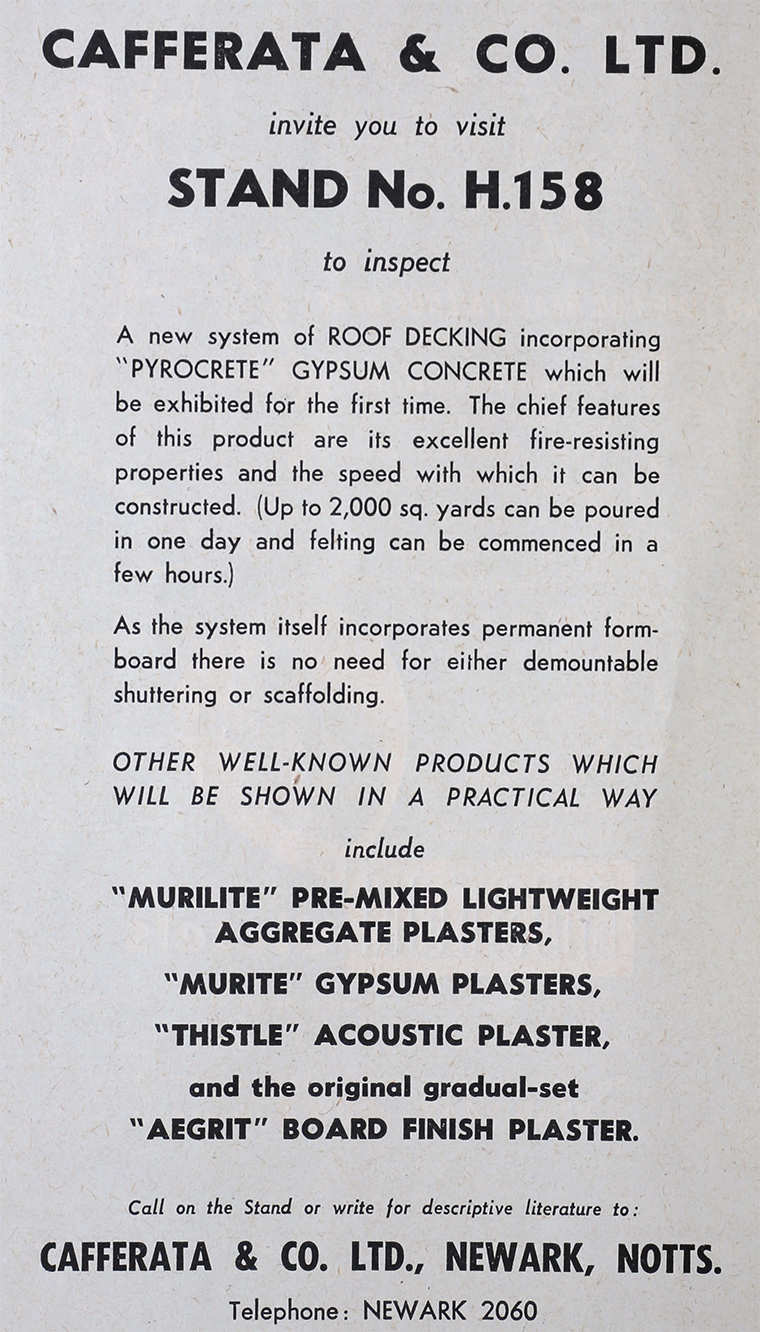 1911 Partnership dissolved. '... the Partnership which has for some time past been carried on by Redmond Parker Cafferata and Isabella Mary Payer Waterworth, under the style of CAFFERATA AND CO., at Newark-on-Trent, in the county of Nottingham, in the trade or business of Manufacturers of Plaster of Paris, was this day dissolved by mutual consent as and from the 31st day of March, 1911; and notice is also hereby given, that the said business will hereafter be carried on by the said Redmond Parker Cafferata alone, under the style or firm of Cafferata and Co....'[1]