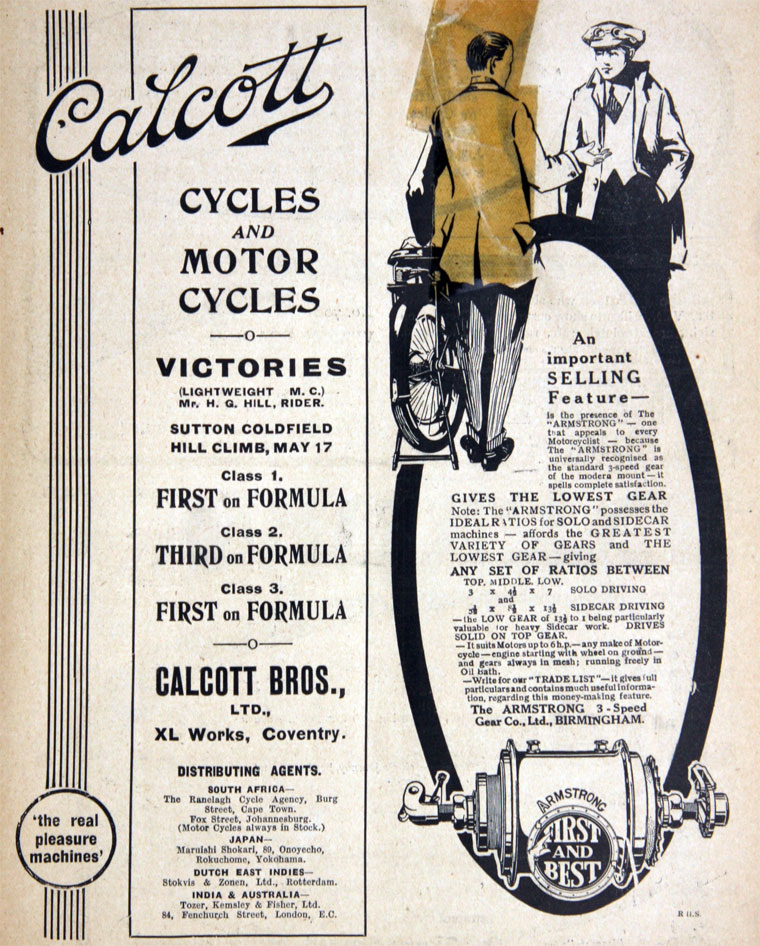 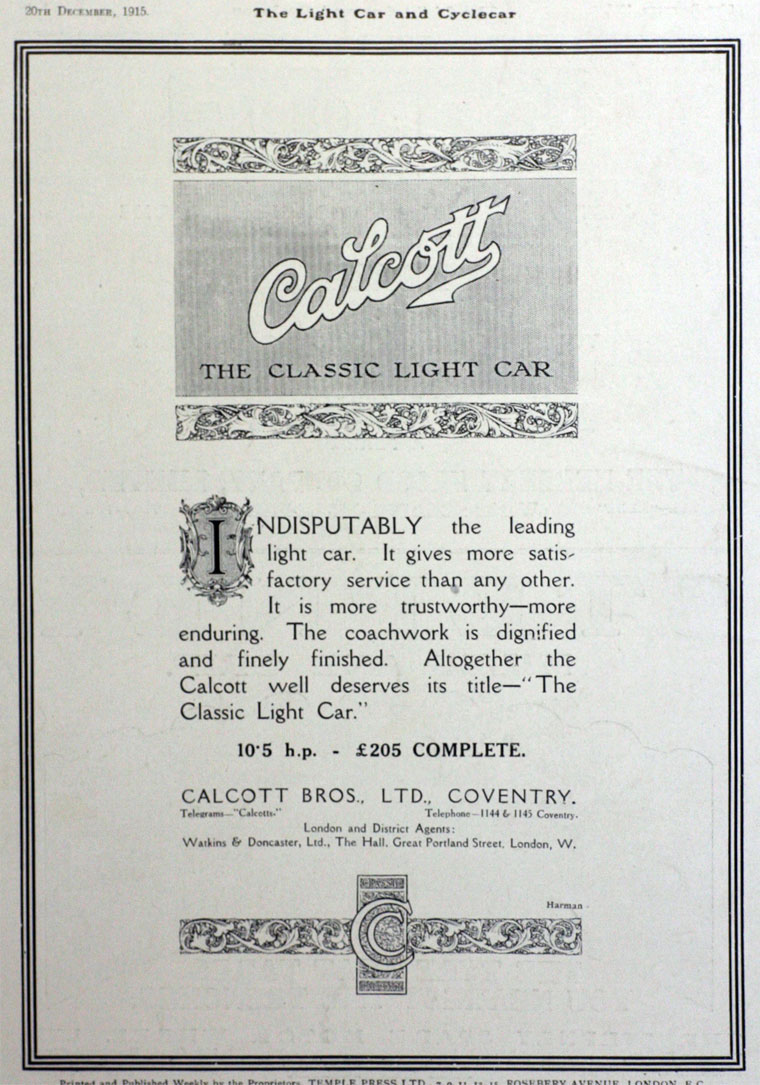 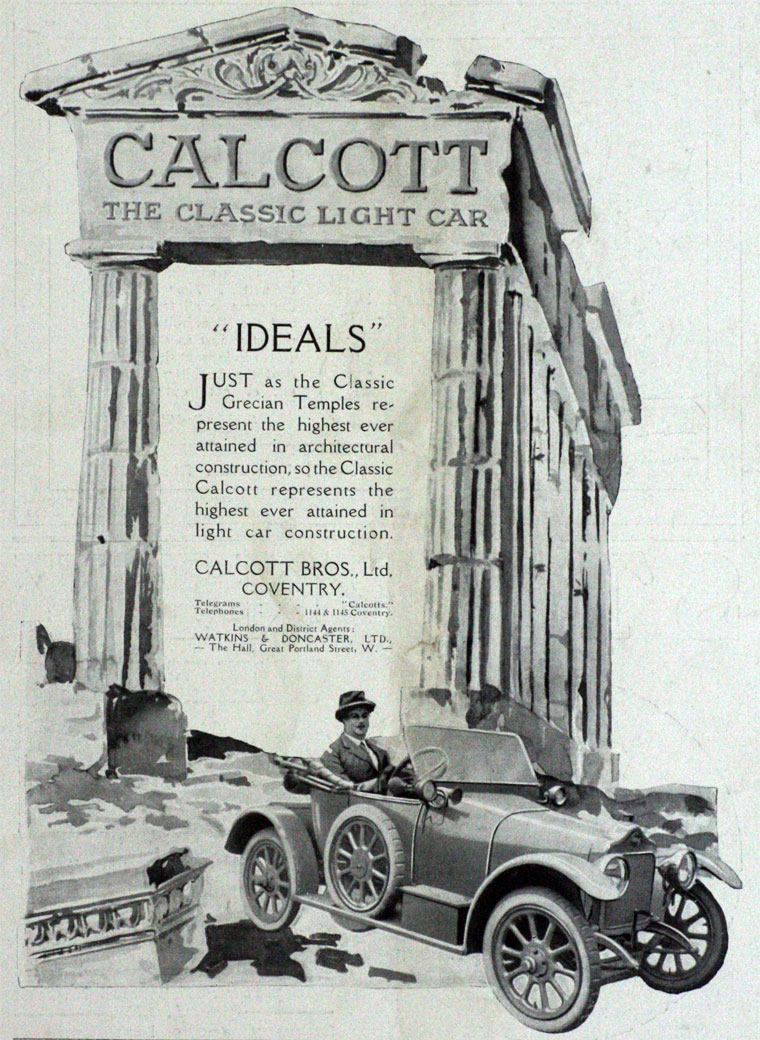 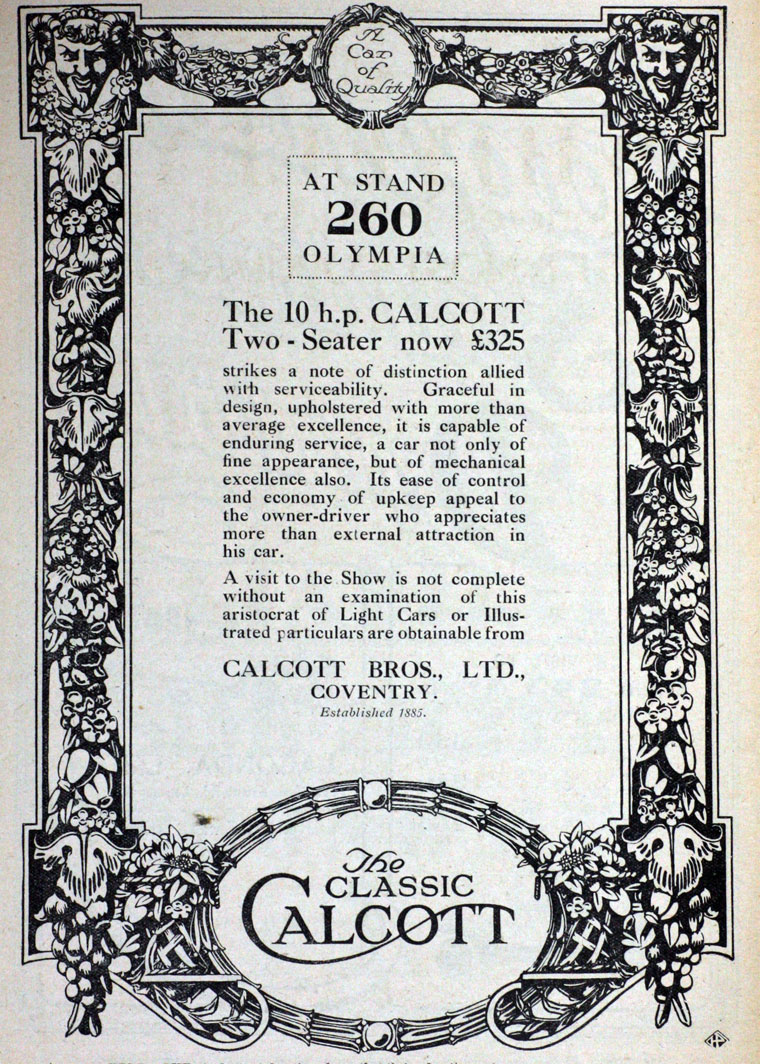 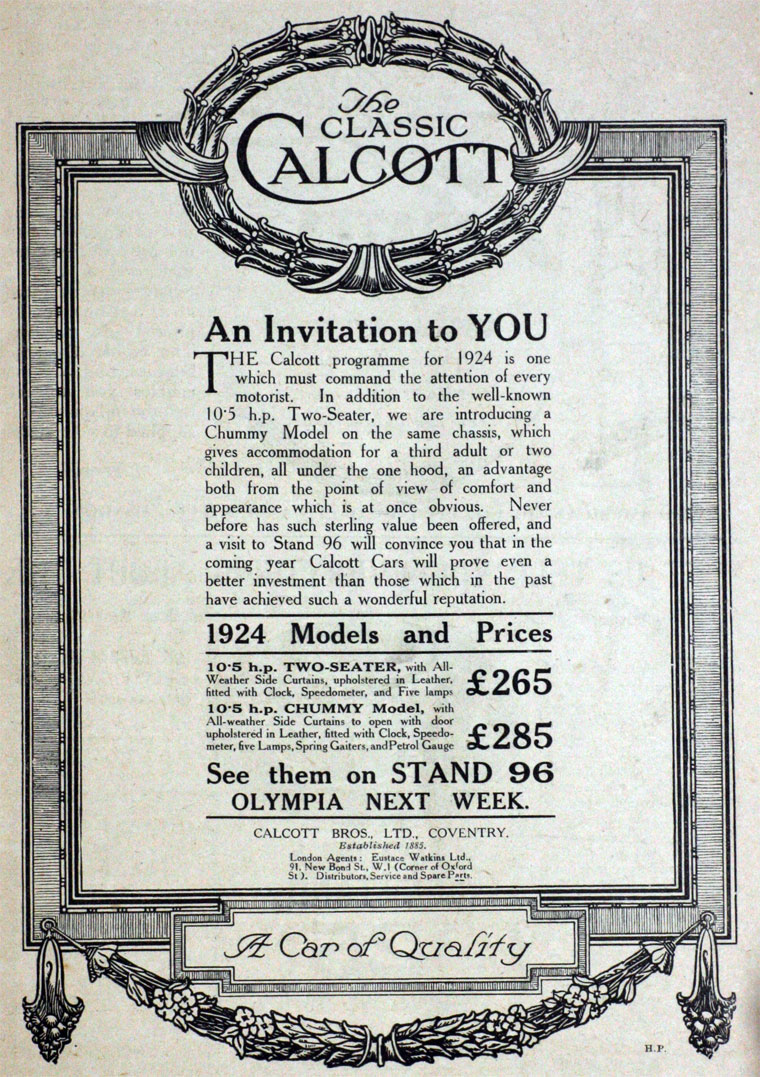 1886 Formed as Calcott Brothers and West in East Street, Coventry with William Calcott, his brother James Calcott and Enoch John West as partner. The company made XL cycles from their premises in Much Park Street, and subsequently Far Gosforth St Works.

1891 West left to set up E. J. West and Co; Calcott Brothers was then under William and his brother James Calcott.[1] William Calcott, Junior was manager

1896 The company was registered on 29 August, to acquire the business of cycle manufacturers. [2]

1910 The first well-designed motor cycle model reached the market. It was fitted with a 3.5hp White and Poppe engine, belt drive and Druid forks.

1911 Added a 1.5hp model with an inclined engine mounted in a loop frame, with belt drive and sprung forks.

1913 May. Details of the four-cylinder light car with three-speeds.[4]

1914 The 2.25hp model was still listed together with a 2hp model fitted with a 170cc Precision engine that had ohv set horizontal to the cylinder, a two-speed gearbox built in-unit with the crankcase, belt final-drive and Druid forks.

1919 January. Advert for the Classic Light Car by Calcott Brothers of Coventry. [5]