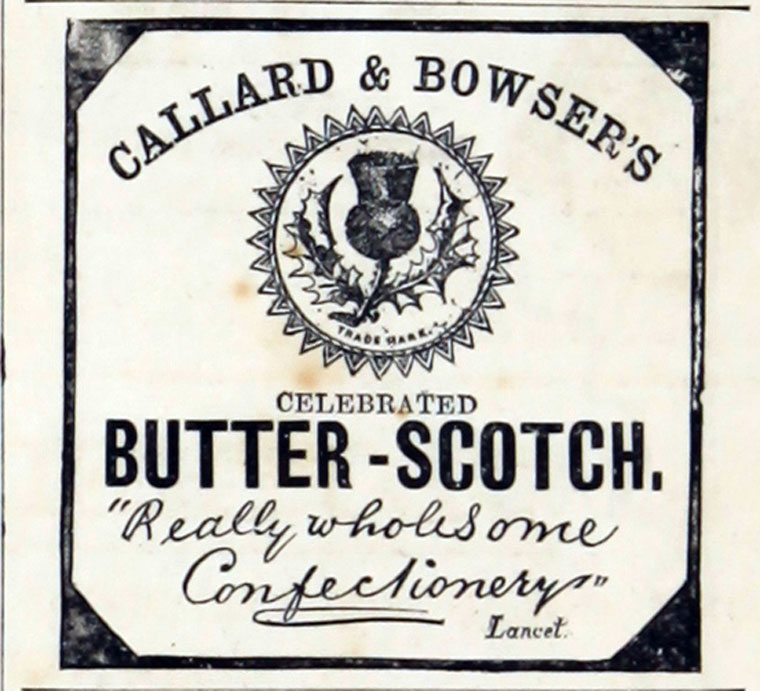 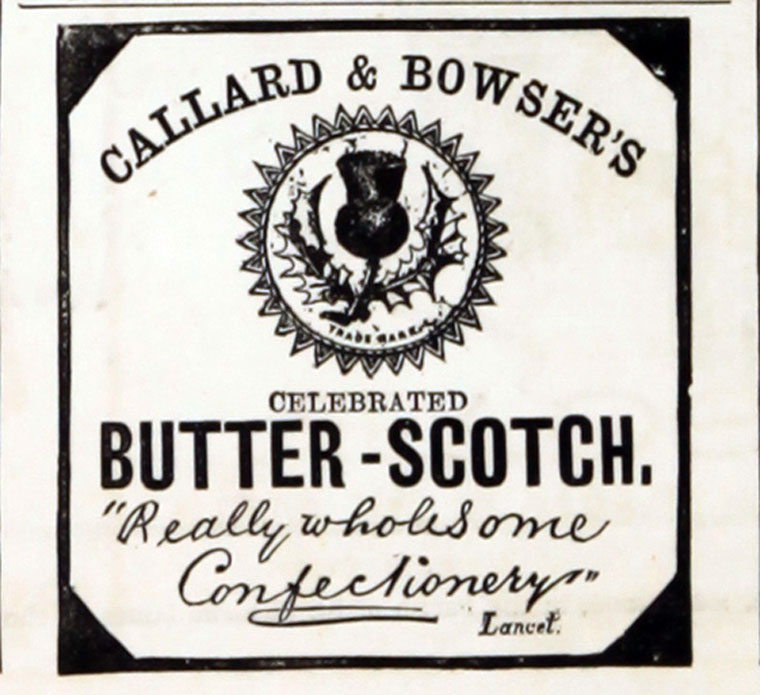 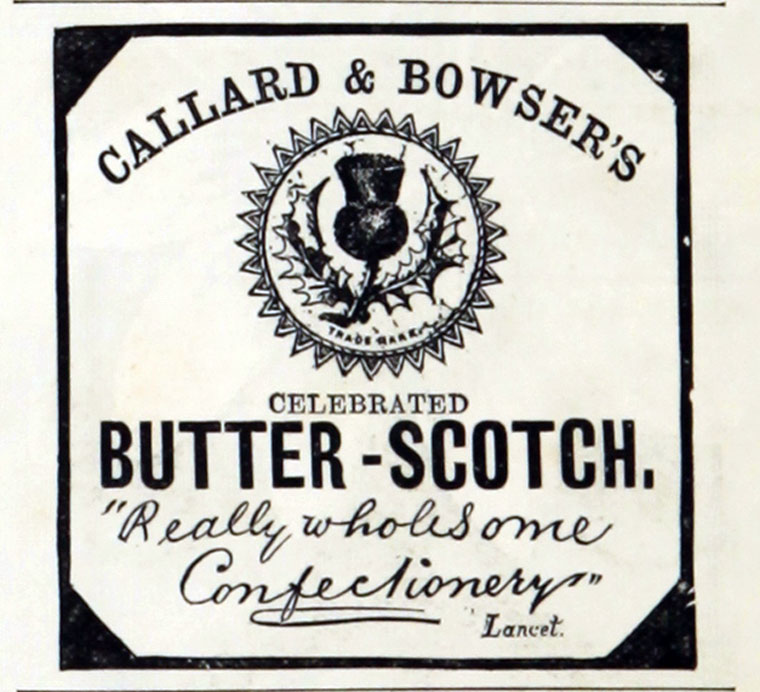 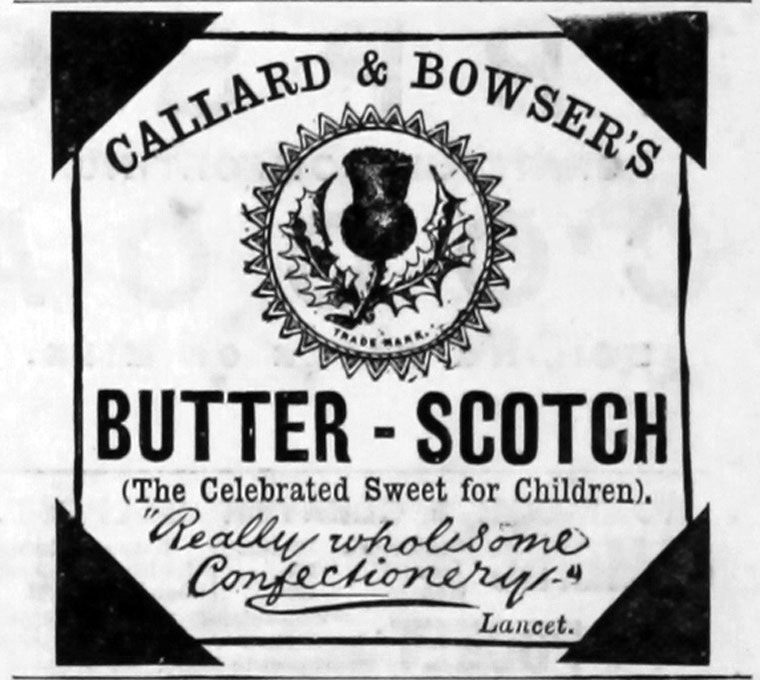 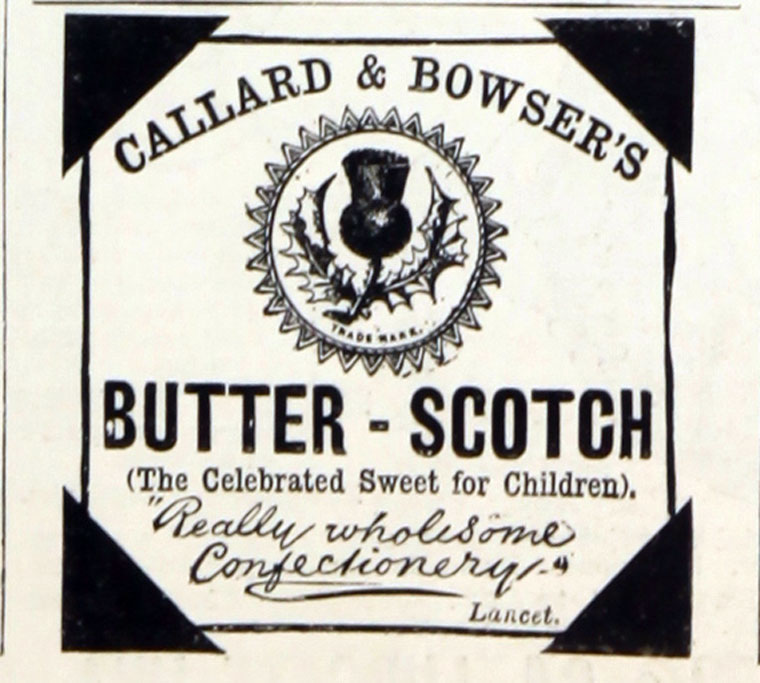 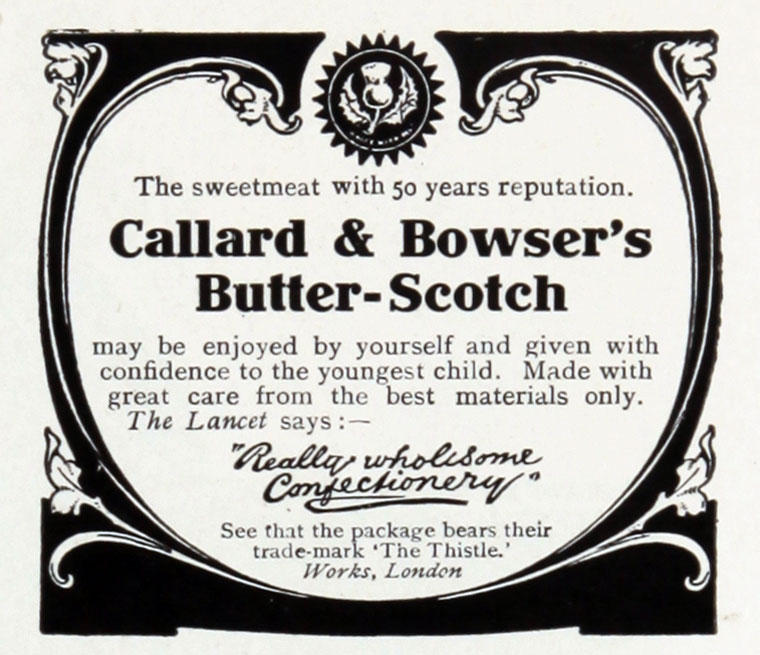 of London, makers of butterscotch and other confectionery.

1837 Company was established, becoming known for its butterscotch, toffee and other sweets.

Acquired the business of Smith and Co, makers of Altoid Mints.

By 1956 was part of a group of companies which were 80 percent owned by Arthur Guinness and Son; other companies in the group included William Nuttall, Riley Brothers (Halifax), and the Lavells chain of shops; this investment provided most of Guinness's non-brewing profit in the previous year[3]

By 1976 Guinness's confectionery subsidiary was referred to as Callard and Bowser, Nuttall[5]

1982 Callard and Bowser, Nuttall, which was losing money, was sold to Beatrice Foods of Chicago[6]

1988 Acquired by United Biscuits[7], which also owned Terry's of York .

2008 Callard and Bowser-Suchard was a division of William Wrigley Co that specializes in confectionery manufacturing including the breath mint, Altoids, the Toblerone bar, and Callard and Bowser's Butterscotch.