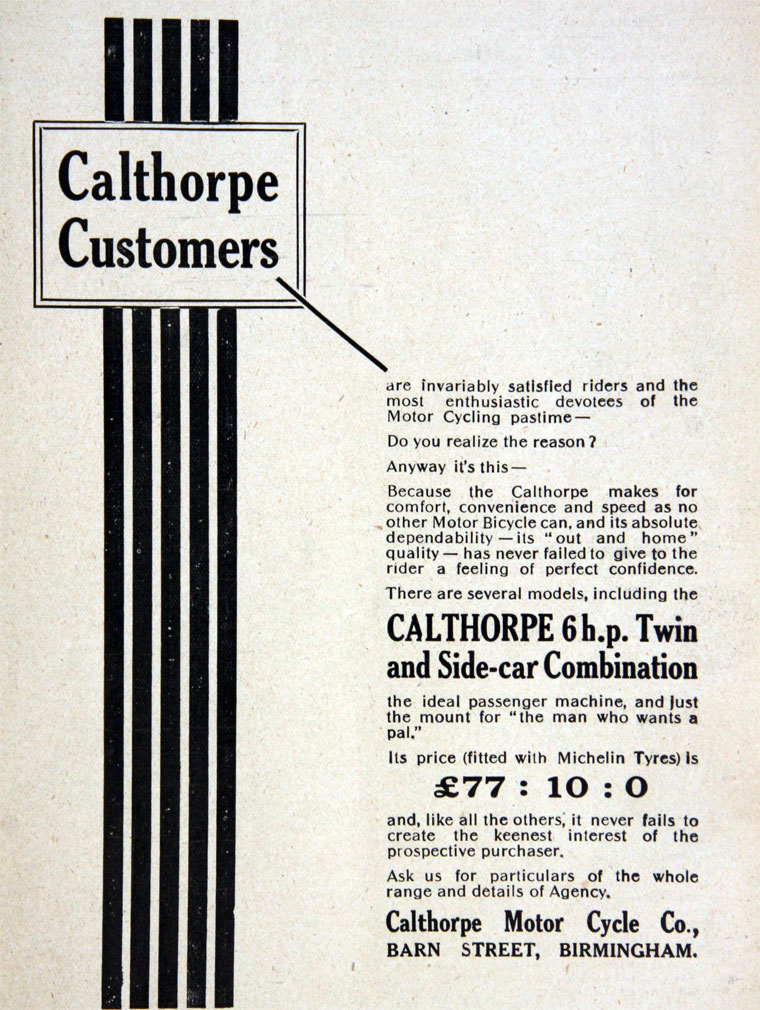 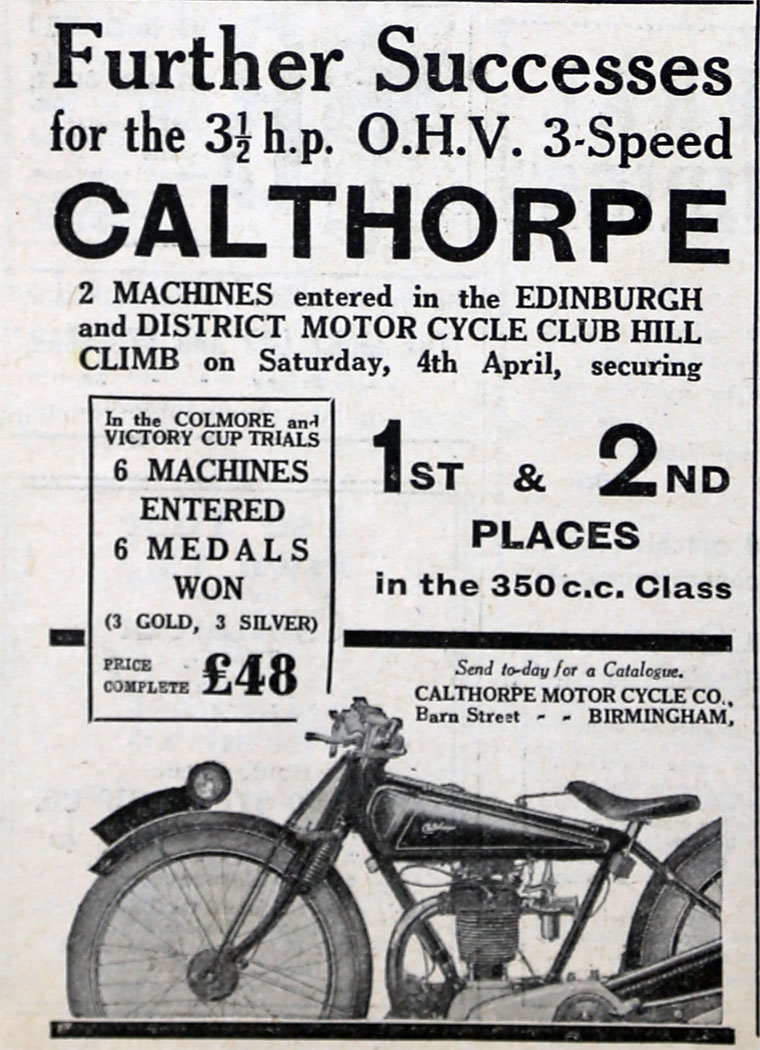 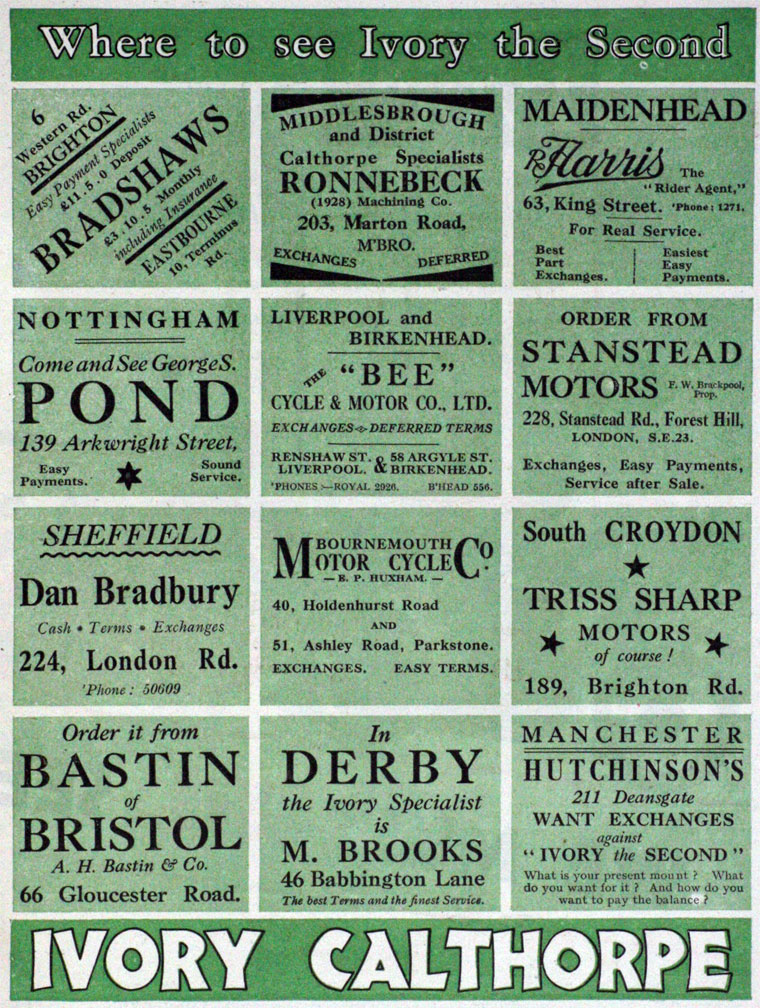 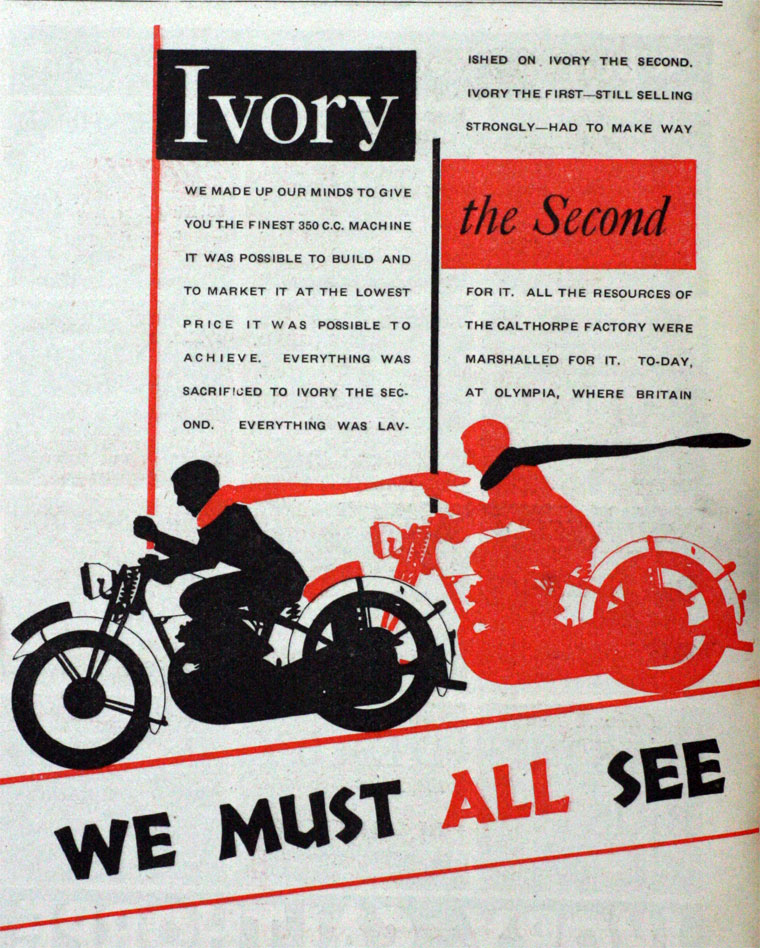 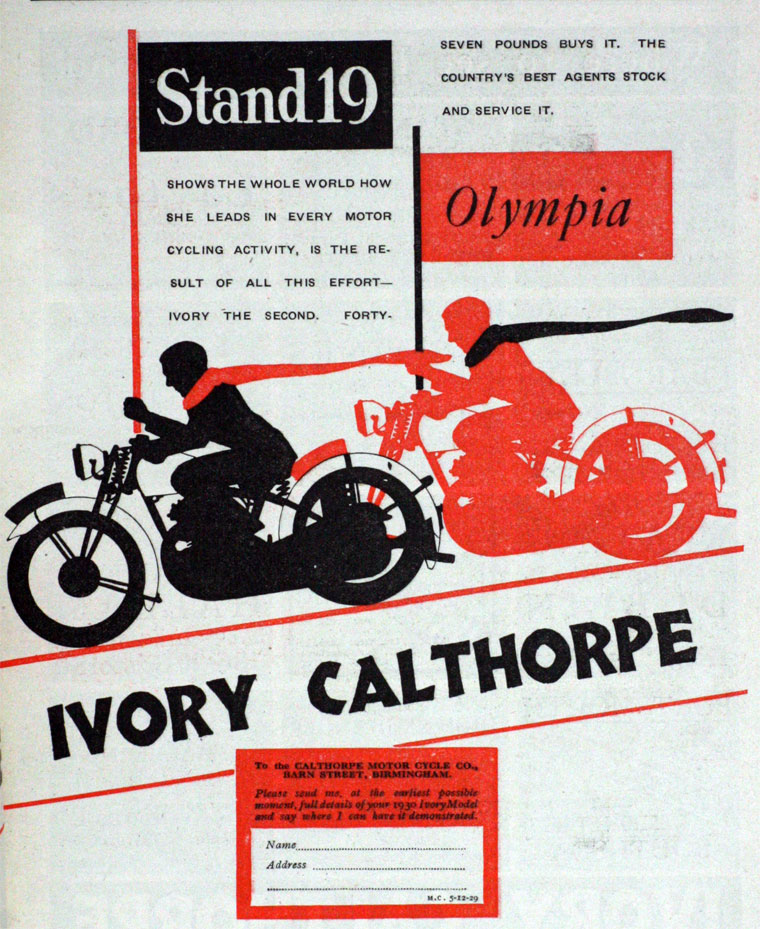 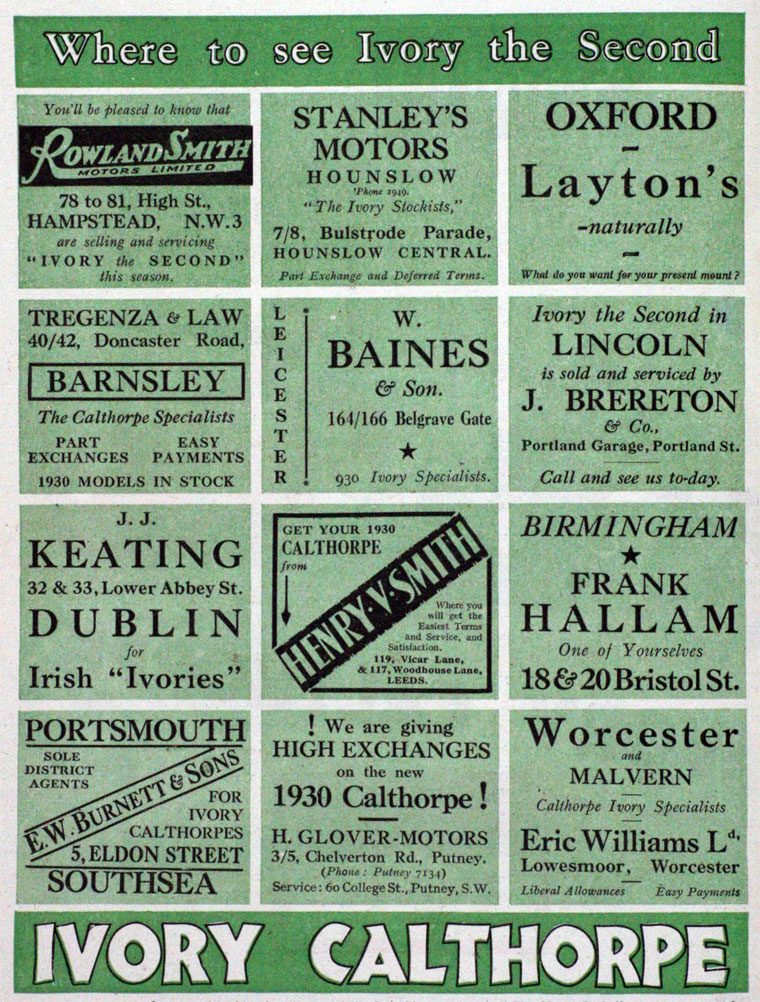 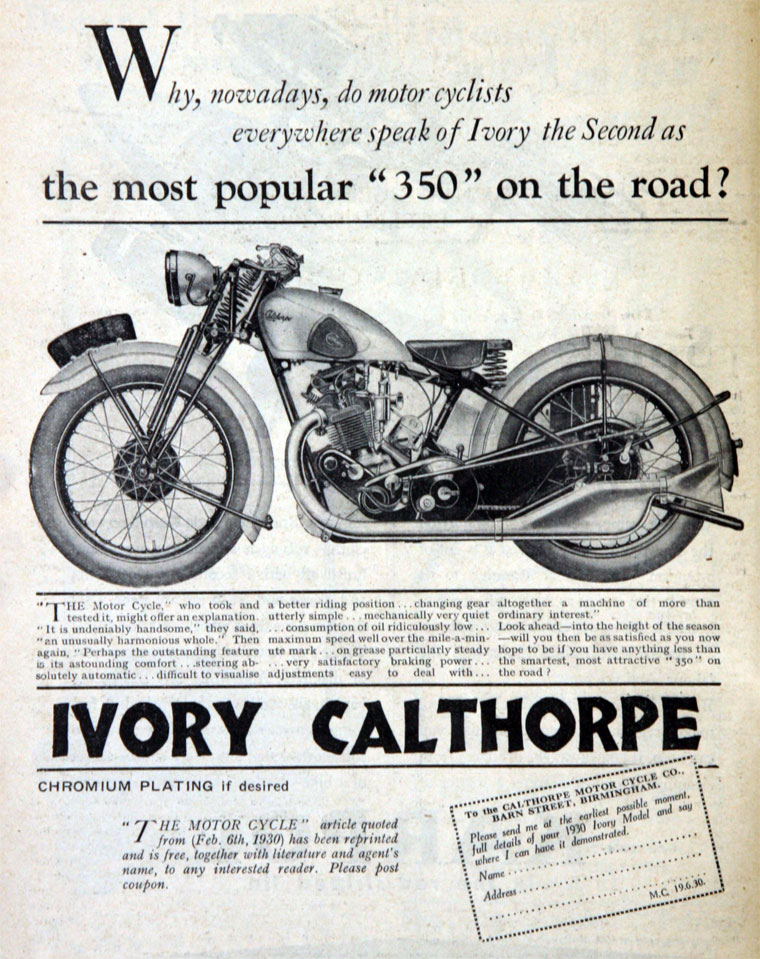 Note: This is a sub-section of Calthorpe Motor Co

The machines were built by the Minstrel and Rea Cycle Co of Barn Street in Birmingham who were the proprietors of the Calthorpe Motorcycle Company.

1909 Late in the year, after several successful years in the motor car trade, the Calthorpe company made its motorcycle debut at the Stanley show. As with their cars, the motorcycles were fitted with a 3.5hp White and Poppe engine. They also had a chain-driven Simms magneto, Amac carburettor, belt drive and Druid forks.

1912 They used Precision engines and began to add further models, including a lightweight. Then came a model with water cooling.

By 1913 the motor cycle business was carried out by the Calthorpe Motor Cycle Company (see advert).

1914 The Calthorpe Minor was produced with a 1.25 engine and a two-speed gearbox in the crankcase.

1922 The two-stroke also became available with a single speed and belt drive as an option. They were then joined by a 350cc two-stroke with a three-speed Burman gearbox and chain-cum-belt transmission.

1922 George William Hands set up his own Hands make of cars in the Calthorpe motorcycle factory in Barn Street, Birmingham.

1923 Another version of that model became available with sidecar. The four-stroke changed to a 249cc sv Blackburne engine and two speeds, with either belt or chain final-drive.

1924 The 245cc two-stroke had a three-speed Burman gearbox; the 350cc version was dropped and a JAP was used in sv and ohv forms along with a 147cc Villiers engine.

1925 The Calthorpe Motor Co was wound up[1]. The motorcycles then seem to have been made by a different company: Calthorpe Motorcycle Co, of Barn St, Birmingham (see advert), which had Minstrel and Rea Cycle Co as proprietors.

1926 A Super Sports version was added.

1928 The company was only using its own engines, with the 348cc in its two forms. The camshaft model was then dropped.

1929 Arrival of their best known model - the Ivory Calthorpe. For this they took the 348cc ohv model, revised and modified it, added a saddle tank and finished the tank and mudguards in off-white.

1930 There was a single-model range. Following the trend of the time, they gave it an inclined cylinder and listed it as Ivory the Second, which then went on to Ivory III.

1934 That model was joined by a 247cc model. Following on came 348cc and competition versions and those continued throughout the decade.

1937 The firm of Pride and Clarke of London had exclusive rights to sell the marque, which had changed its colour to become Red Calthorpe. This change did not boost sales; the firm went into liquidation and was then bought by Bruce Douglas, who moved the plant to his company of that name, in Bristol.

1939 In May of that year, Bruce Douglas announced a three-model range using Matchless engines. A few of these were built before the factory turned to war efforts.

1947 After WWII the name reappeared as Calthorpe-DMW, on a machine using a 122cc Villiers engine.