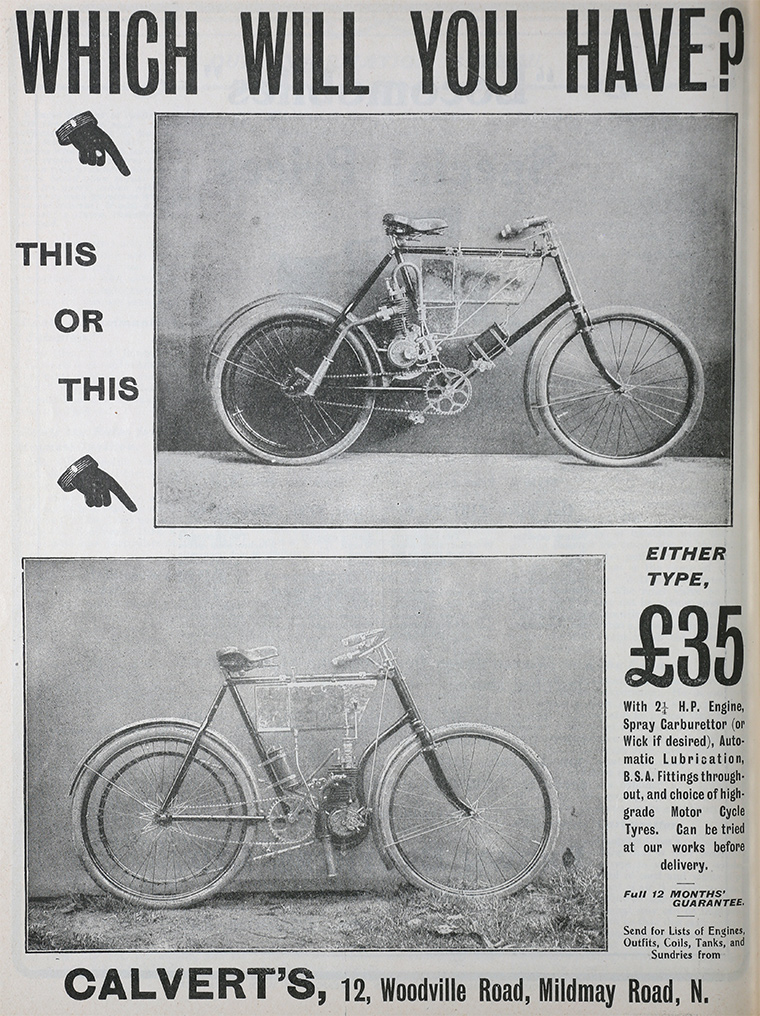 Calvert of Stoke Newington, London produced motorcycles from 1899 to 1904.

This short-lived firm built basic, primitive machines using their own and Minerva engines to produce simple and cheap motorcycles. Their model for 1903 was powered by a 2.75hp or 3.25hp engine. A forecar model had its single rear-wheel driven directly by chain.

By 1904 the bulk of their trade came from supplying engine castings for a variety of vehicles, so they dropped out of motorcycle lists.