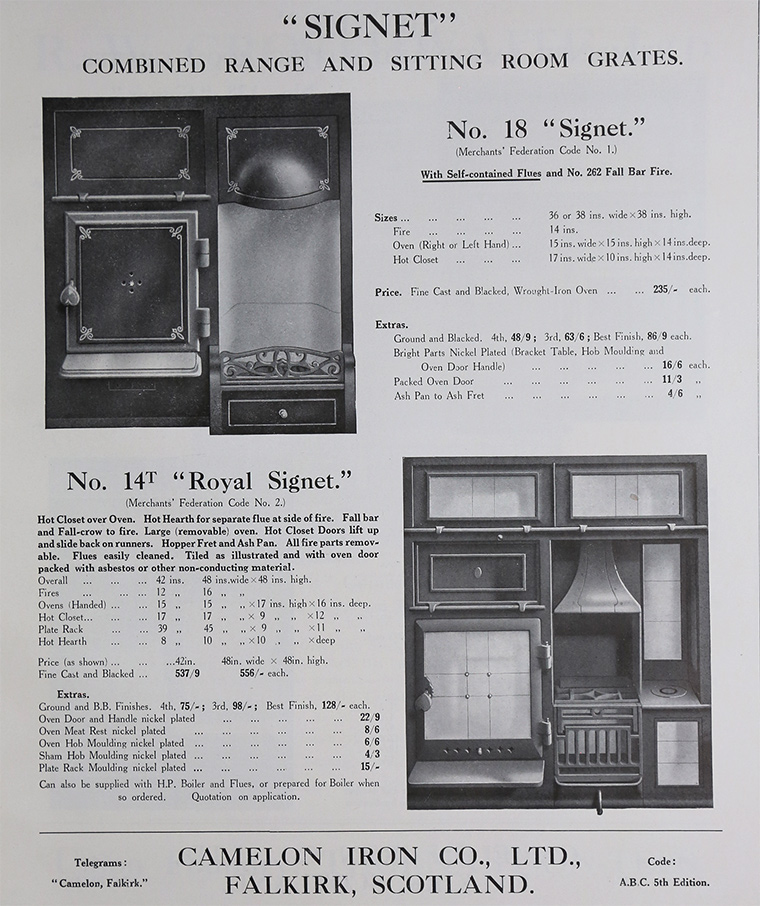 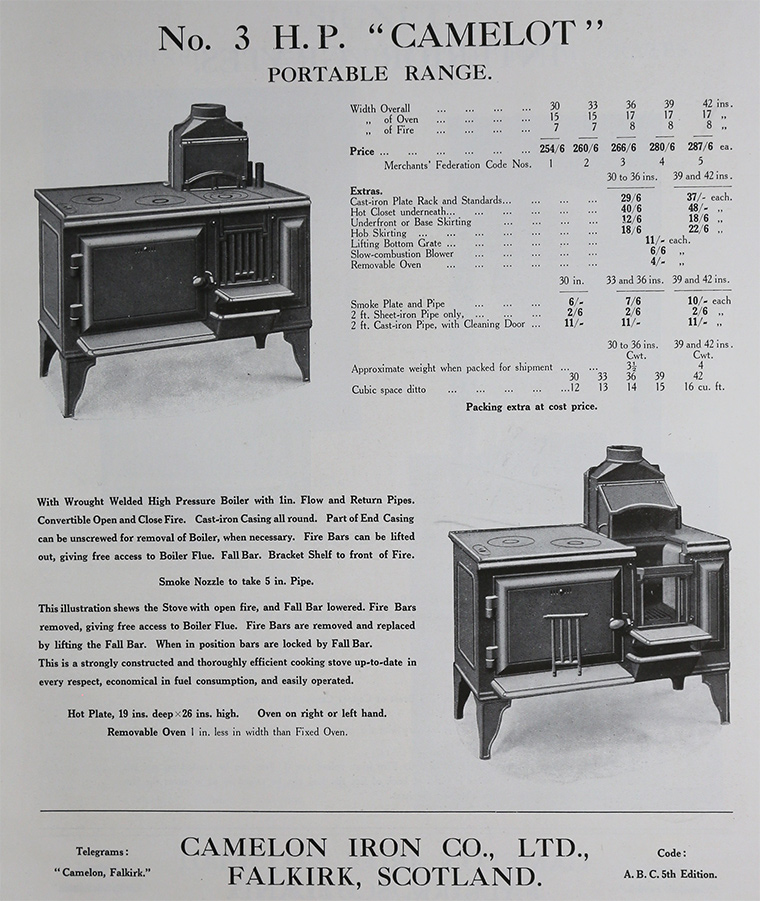 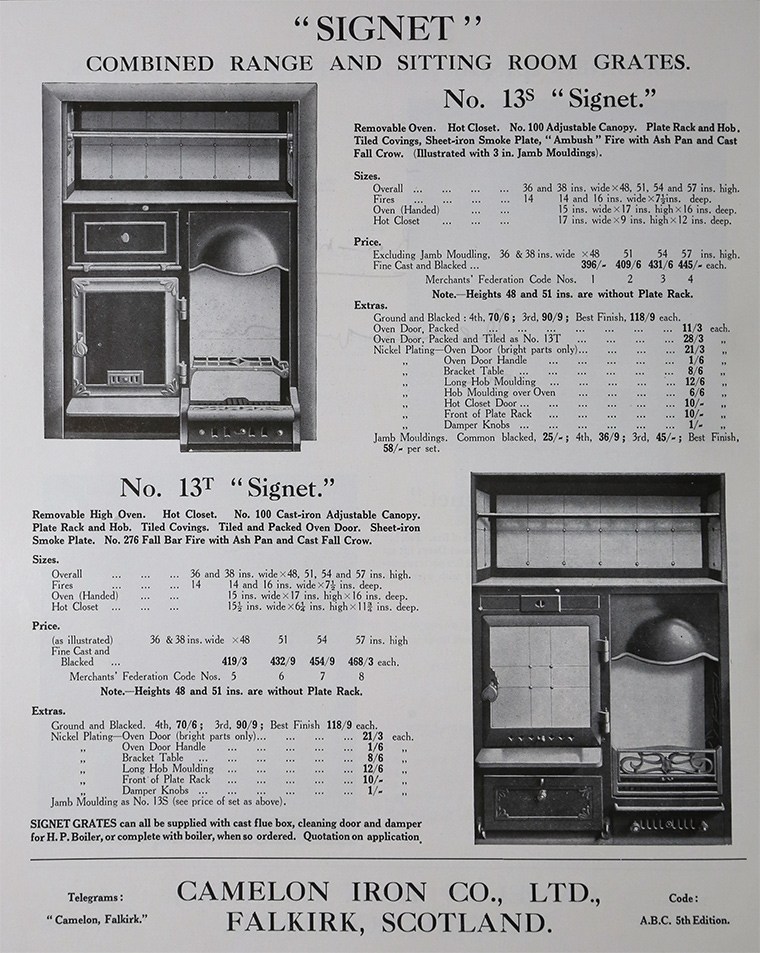 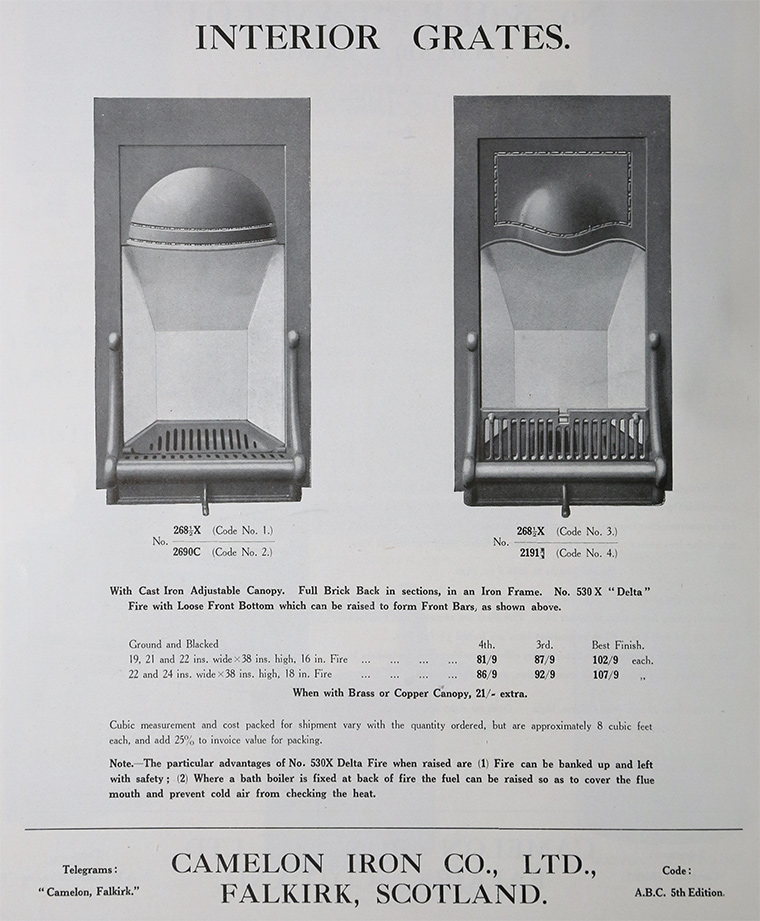 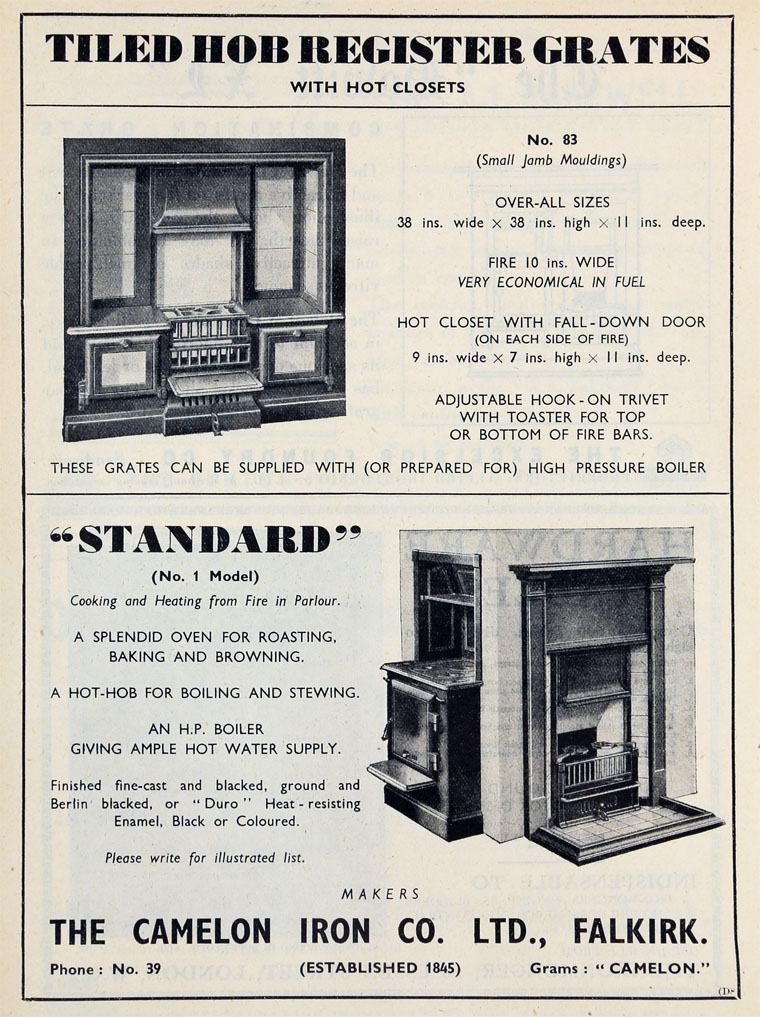 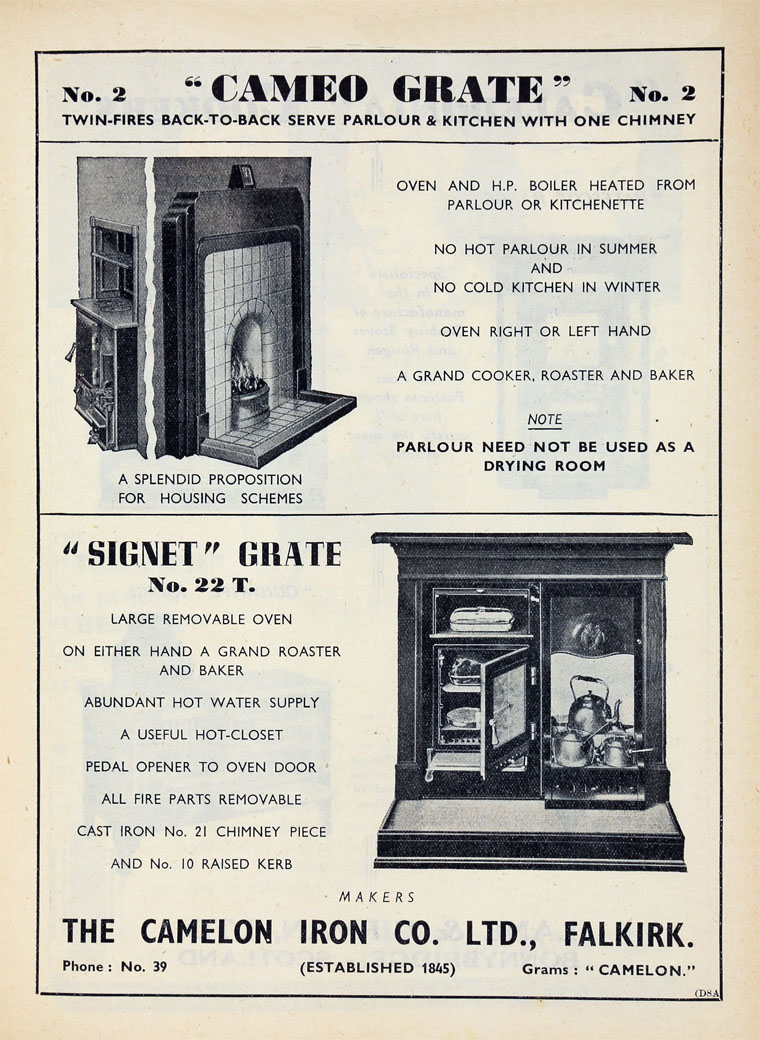 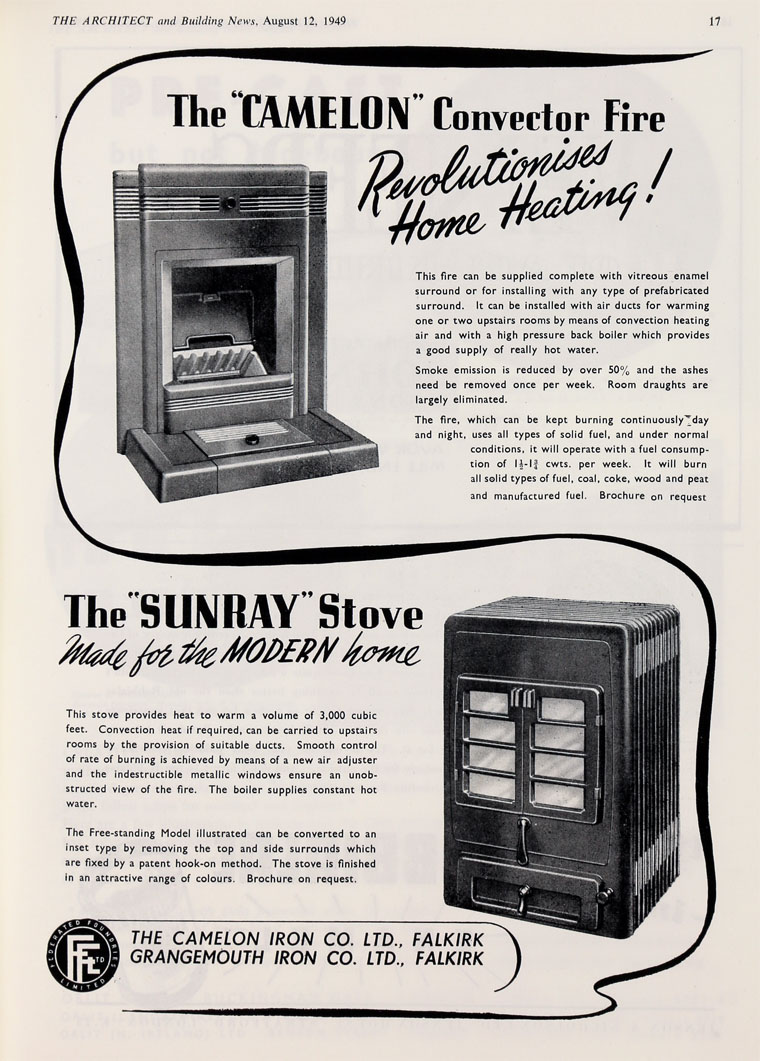 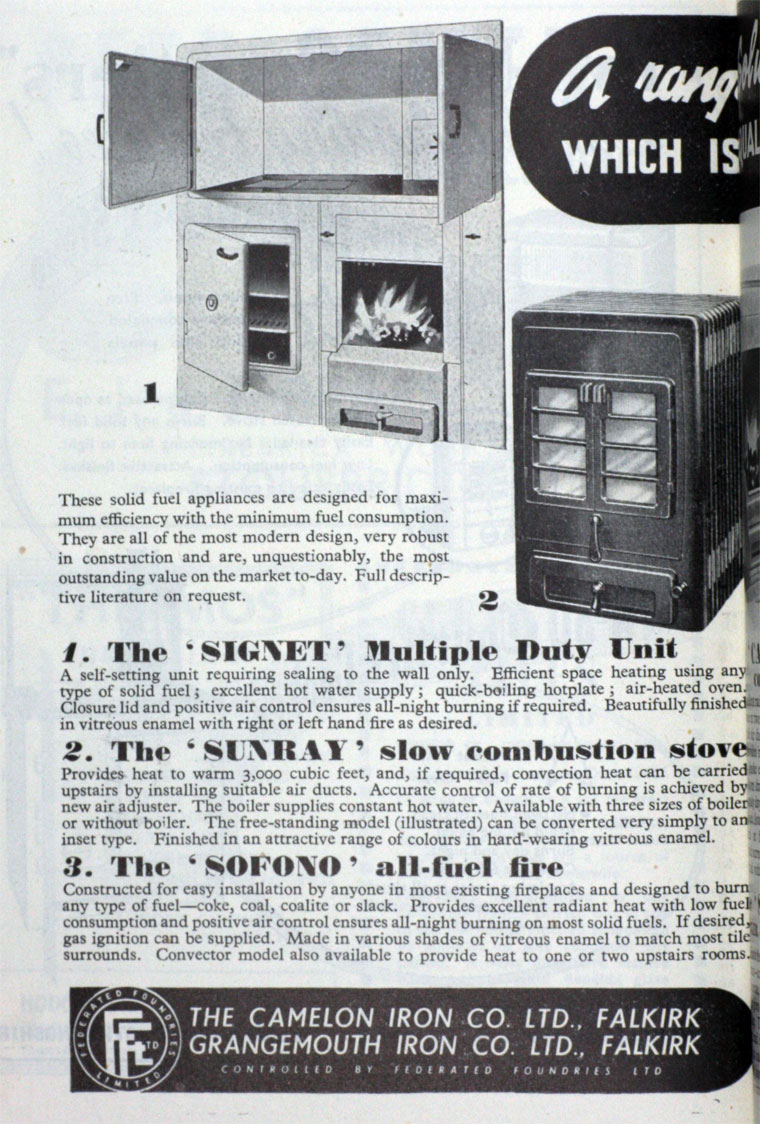 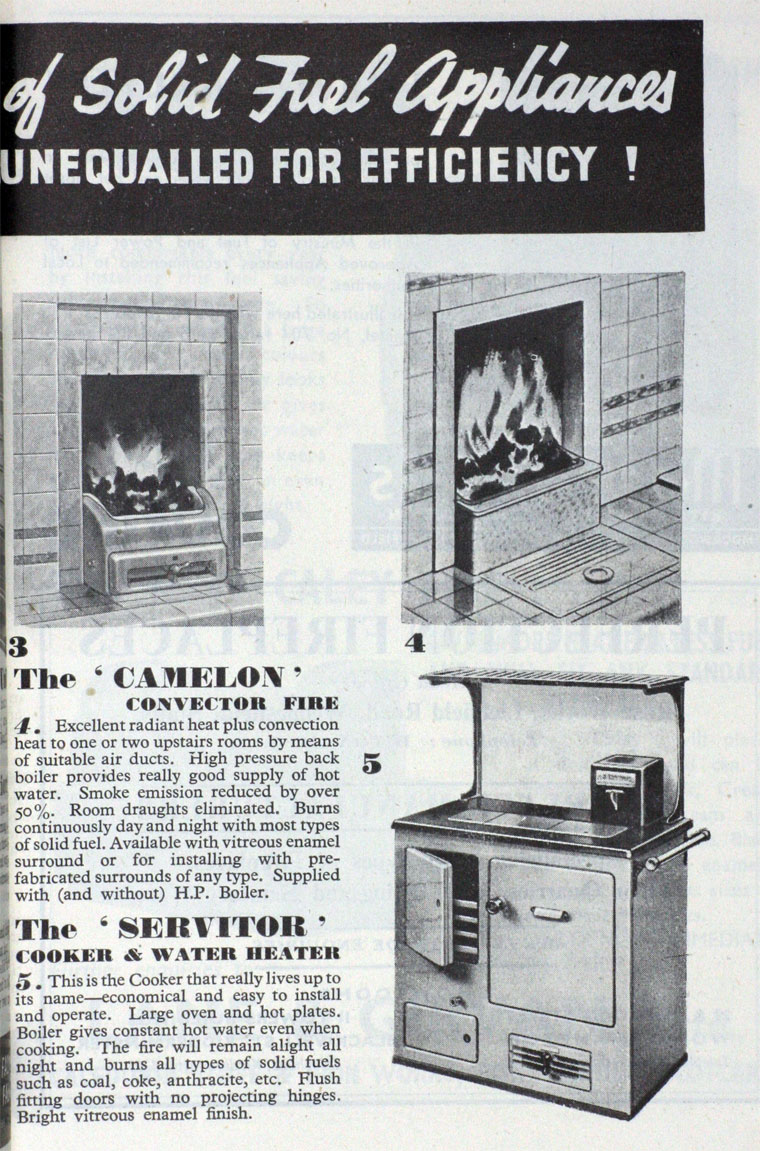 1854 the first partnership was dissolved and the works sold to Mr Smith.

1870 Mr Smith opened a new foundry called Kilns Iron works on the south side of the Forth and Clyde Canal at Kilns Place near Lock 9 in Falkirk. This new foundry started off producing pipes but in 1873 the entire plant from the Lock 16 foundry was transferred there too. The company then became known as Camelon Iron Co.

The foundry at Lock 16 was sold to Walker, Turnbull and Co and became Portdownie Iron Works.

In or before 1954, the premises at Kilns Place were closed; Camelon Iron Works was transferred to the Grange Foundry, Stirling Rd, Camelon.

The company was then known as Grange-Camelon Iron Co.