Grace's Guide is the leading source of historical information on industry and manufacturing in Britain. This web publication contains 147,190 pages of information and 233,425 images on early companies, their products and the people who designed and built them.

Site where bricks were used on Dartmoor, Devon. 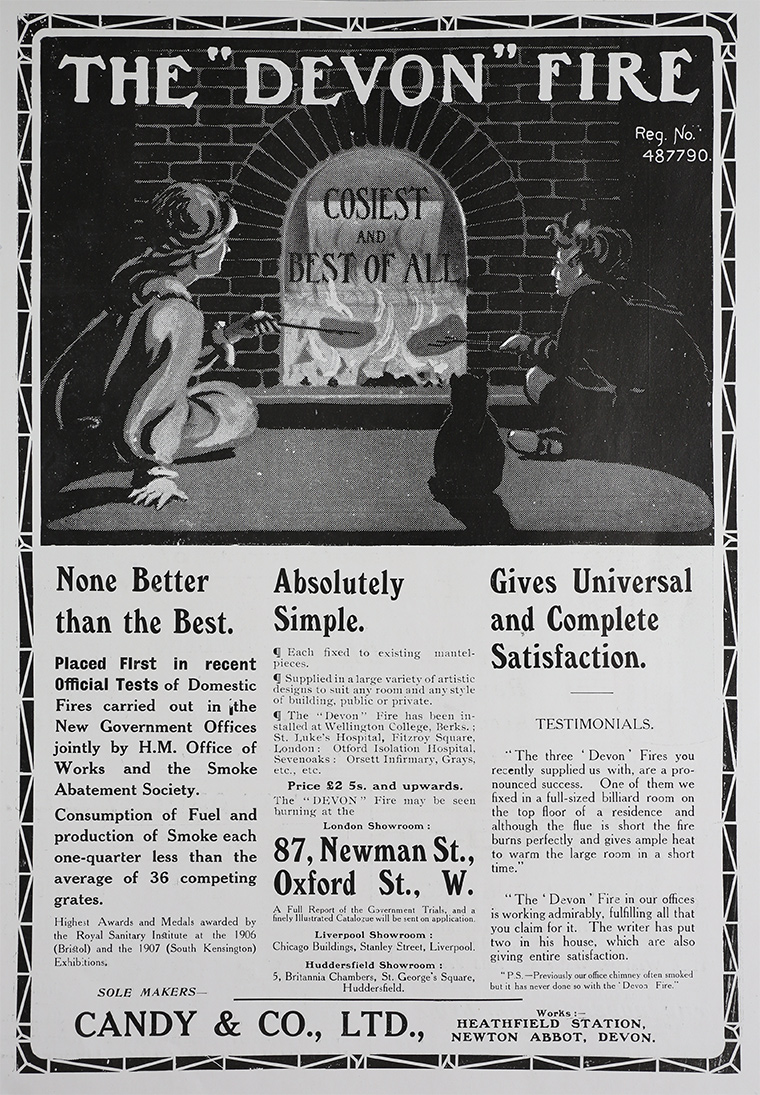 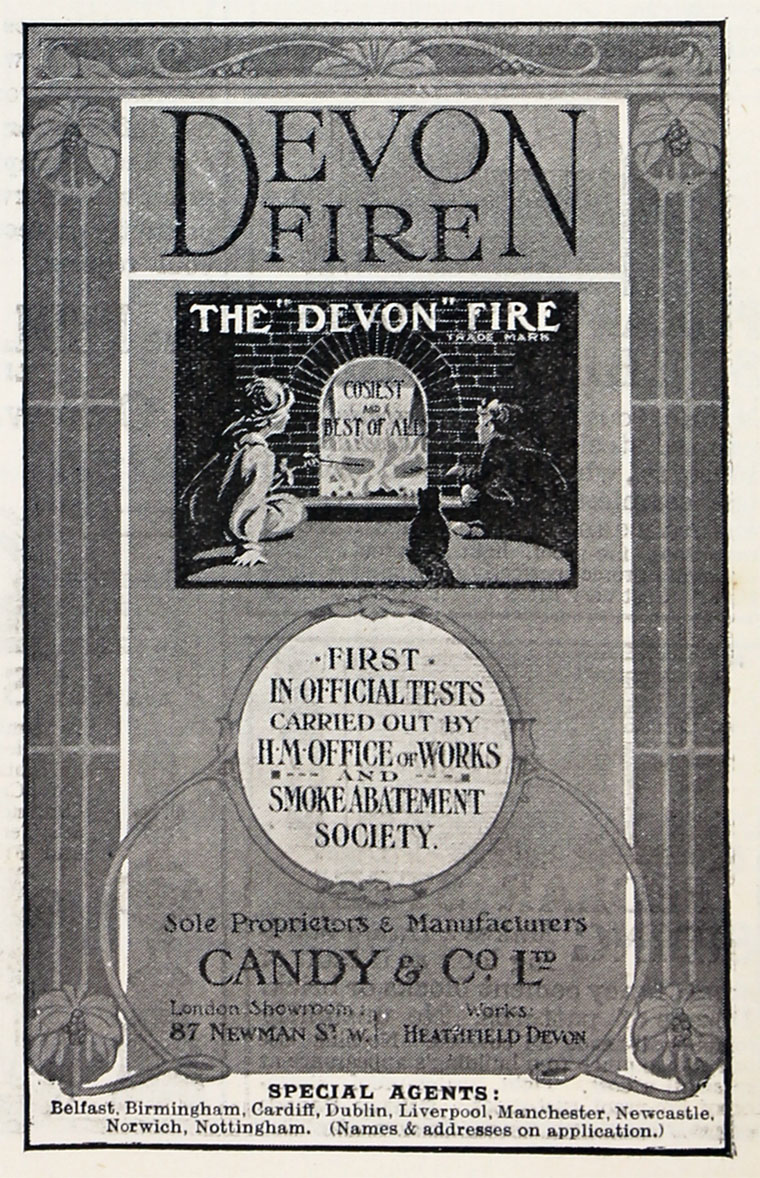 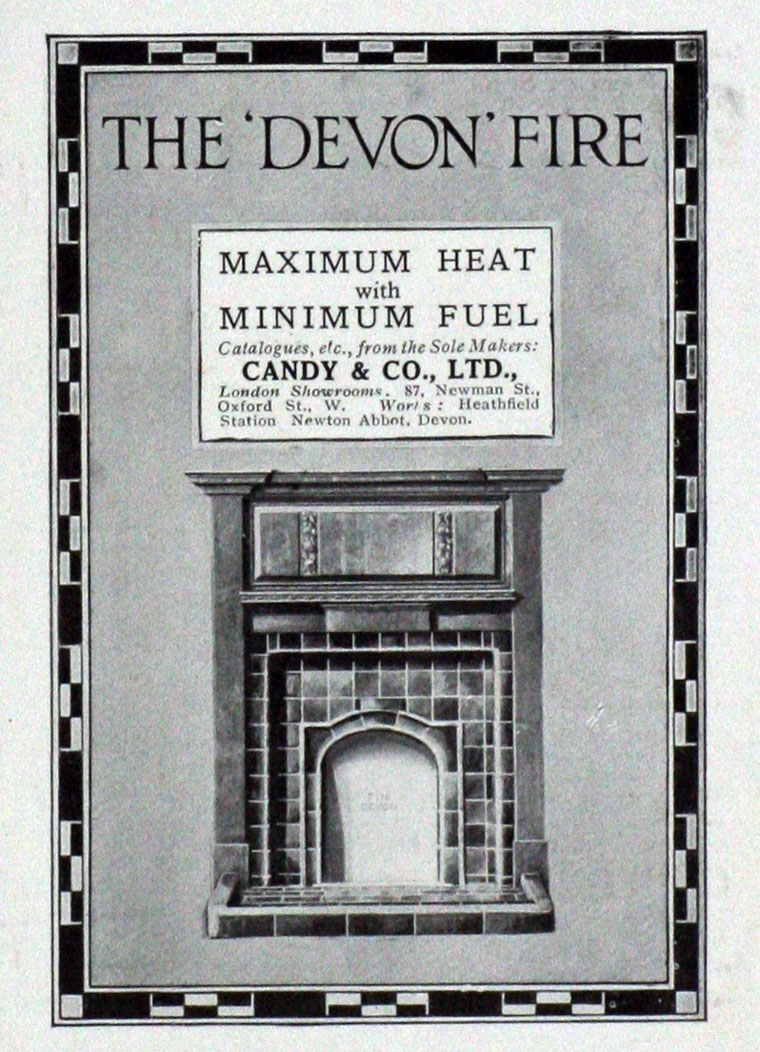 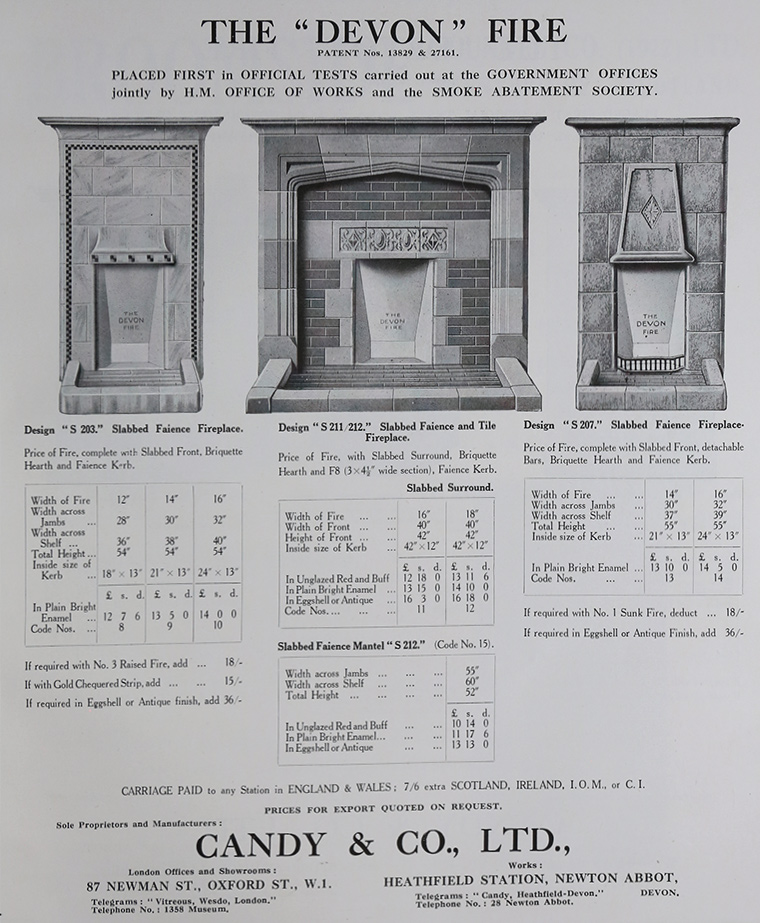 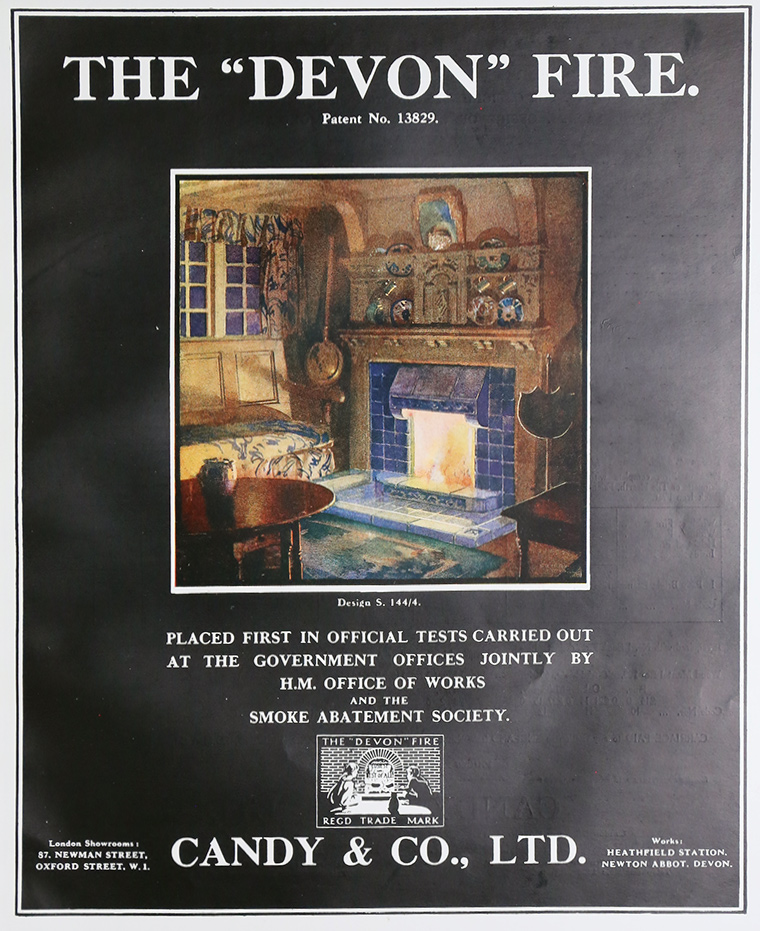 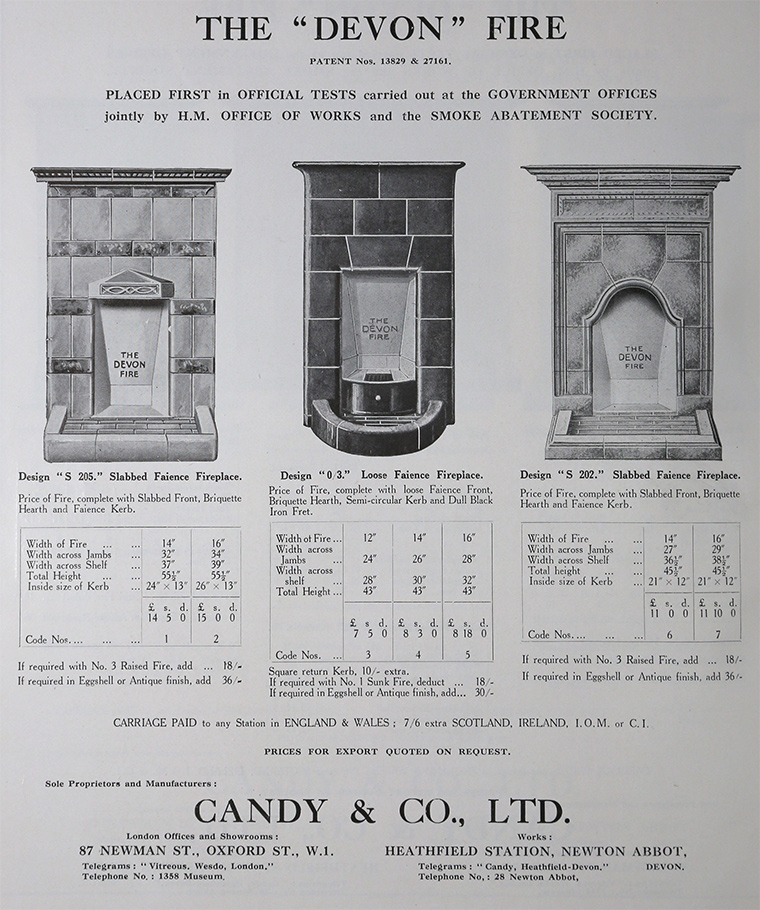 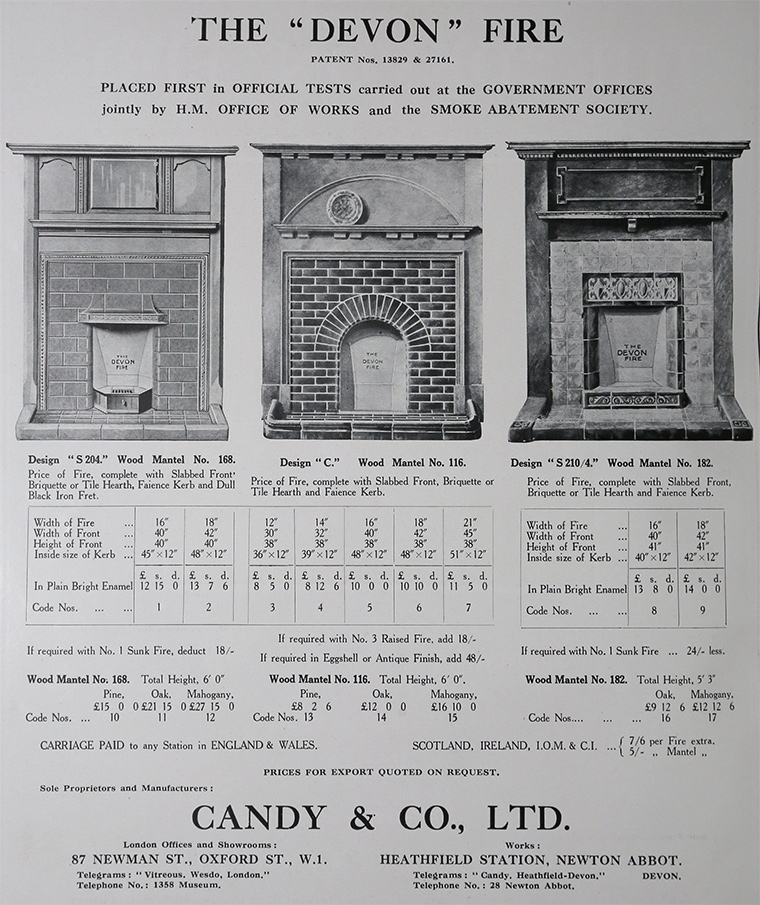 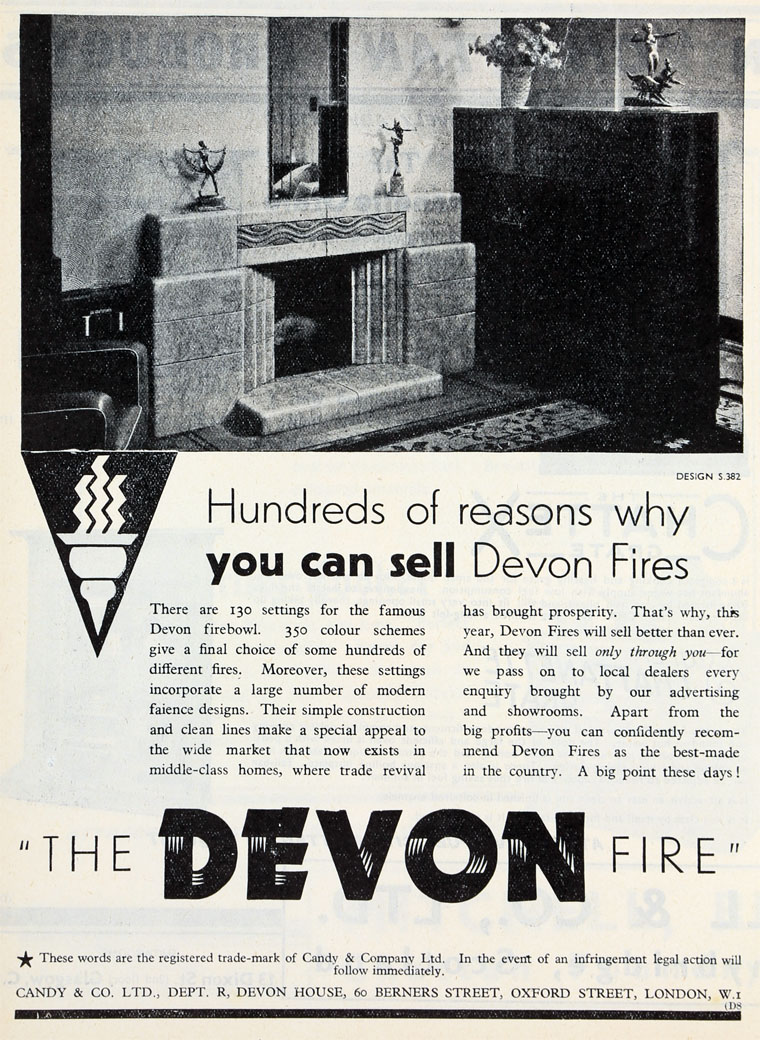 Like many potteries, Candy and Co Ltd, of Newton Abbot, in Devon, were best known as tile manufacturers.

In their early years, Candy and Co were also famous for their extremely hard ornamental bricks - they won several large contracts for both bricks, which were used by the government in dock construction, and for their tiles, used by the London General Omnibus Co in their new bus stations.

1850 Candy and Co was established by Frank Candy; operated as a tile manufactory[1].

One of Devon’s largest miners and suppliers of ball clay to the pottery industry, Devon and Courtenay Clay Co Ltd was a subsidiary.

During the next few decades, Candy tiles, marketed as ‘Devon Tiles’, were being used in the new houses being built in the suburban building boom and many porches, kitchens and fireplaces were decorated in tiles of green, buff and blue ‘Art’ glazes.

c.1916 Domestic earthenware and ornamental and art pottery was introduced under the name Wescontree Ware. These were slip-cast domestic wares including the jugs, bowls, vases, lamp bases etc.

1922 Candy launched their Wescontree Ware art pottery range, which included “vases and other articles of household utility and ornament” in a range of glazes – “plain glazed, mottled and metallic finished”. Using expertise gained from the glaze effects achieved in their tile production, the new household pottery was seen to include vases, jugs, bowls, lamp bases, chargers, ashtrays and stick stands. All these were slip-cast in moulds.

1936 The Wescontree name was changed to Candy Ware and a new range of hand thrown shapes with new glazes were introduced.

Over the next 15 years these hand thrown and hand decorated wares evolved from the strong Art Deco shapes and glazes of the 1930s into contemporary 1950s designs, with more simple shapes and plain glazes.

1950s Candy and Co closed down the Art Pottery. This had always been a small part of the total production at the factory, and the closure was due mainly to the installation of a new tile kiln, (a Dressler tunnel). The Art Pottery had been useful in the past as a 'filler' in the old static kilns, but this new kiln was based on a conveyor system and therefore there was no need to fill voids. The business concentrated on the manufacture of tiles.

From fireplace tiles, the company moved into the new market for bathroom and kitchen tiles and the company continued until the 1990s when, after receivership, the business was sold and sold again.

The site has since been cleared and the New Millennium Tile Works built as the largest producer of tiles in the UK.