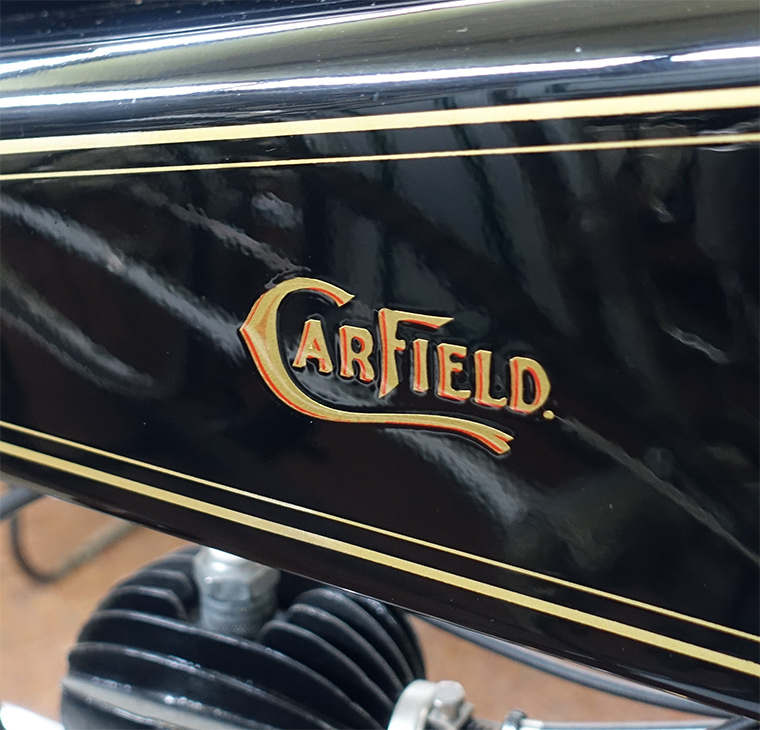 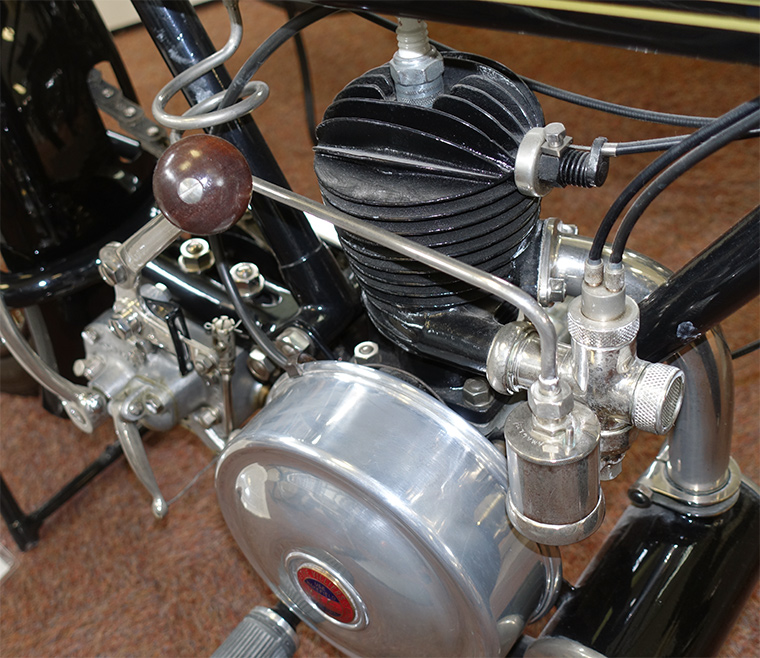 1919 The first machines were built using the 269cc Villiers two-stroke engine in simple cycle parts, and with transmission by either direct belt or a chain-driven Albion two-speed gearbox with belt final-drive. Druid forks were used and the fittings were typical of the era.

1921 There was now a version with a spring frame and Brampton Biflex forks. Engines used were 348cc sv Blackburne and 689cc sv Coventry-Victor flat-twins.

1922 The twin had gone, but the other capacities continued

1923 A 247cc Villiers replaced the old 269cc engine. Late that year a 147cc Villiers engine was adopted for their most famous model - the Carfield Baby - which performed far better than expected.

1924 The range continued using a two-speed Albion gearbox, and they also tried Blackburne and Bradshaw engines.

1925 The firm went over entirely to Villiers, with several versions of the Baby having 172cc and 247cc engines.

1926 Two of the larger capacity models were produced that year along with a new 292cc sv JAP-engined machine that was also in two versions - both with all-chain drive and three speeds.