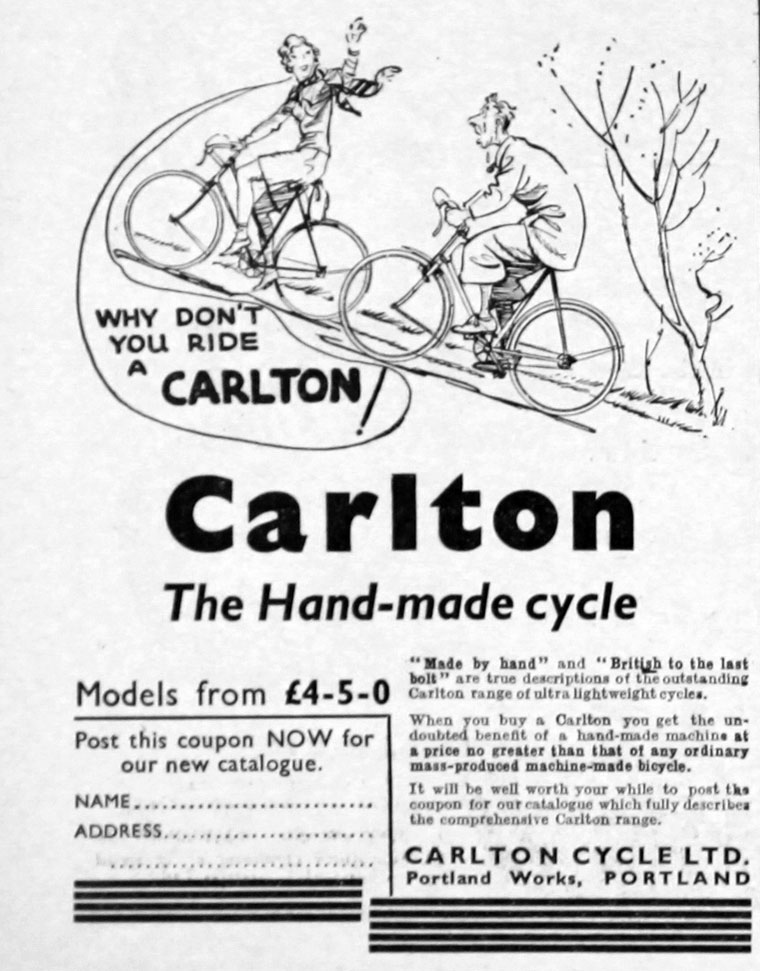 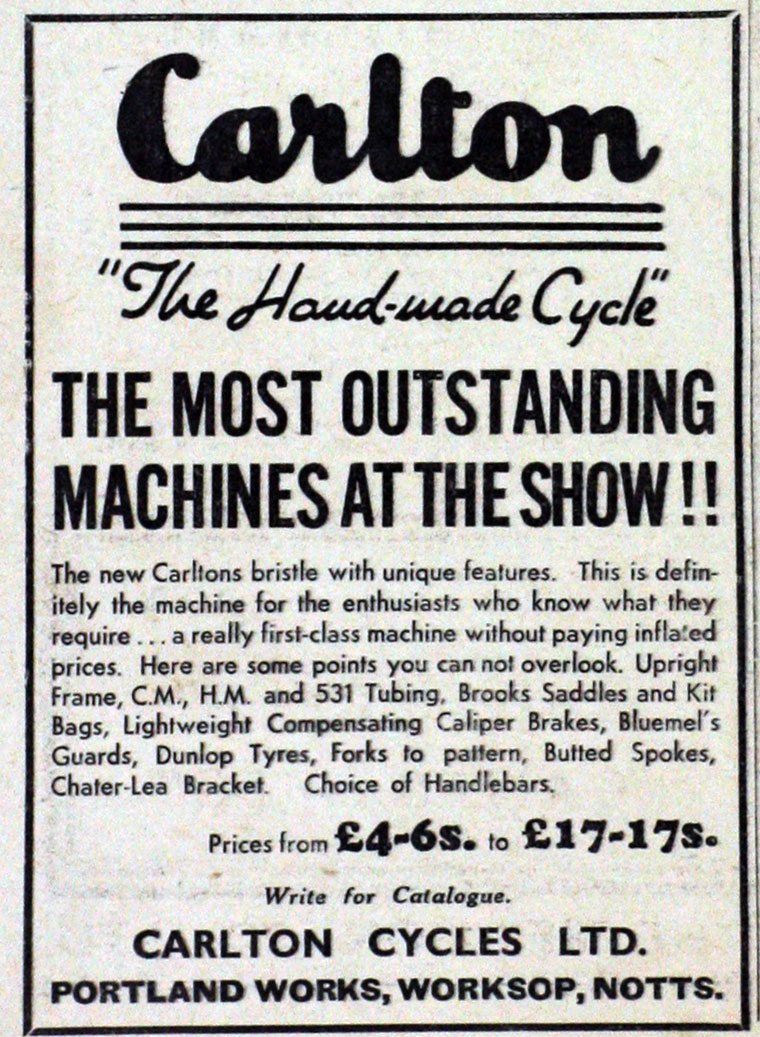 1937 The Carlton name reappeared through a new company based in Worksop, Nottingham, when they produced a neat lightweight motorcycle with a 122cc Villiers engine and three speeds, in a loop frame with blade forks.