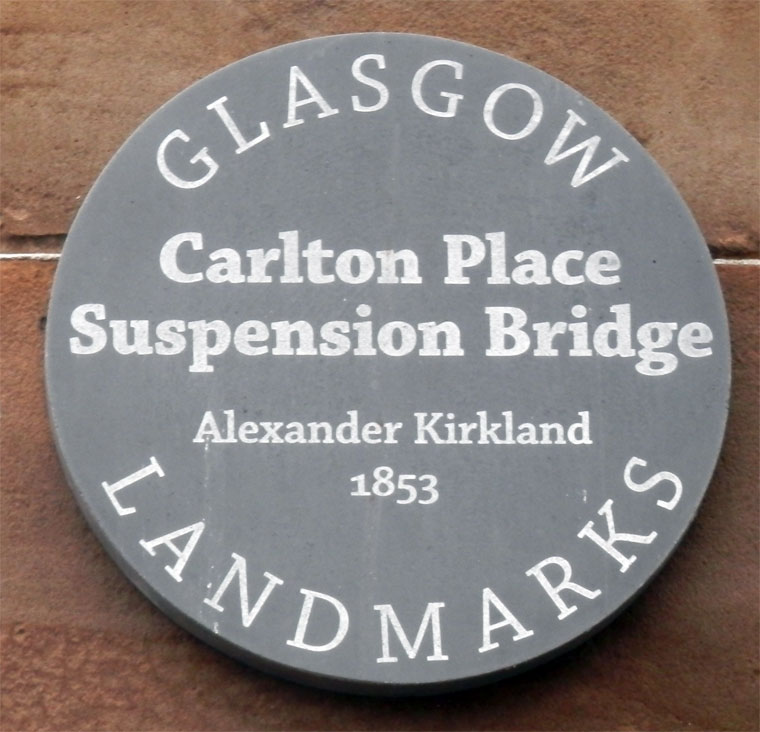 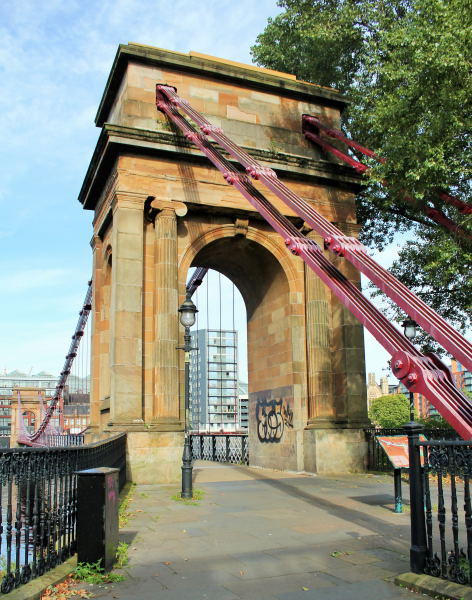 414 ft span across the River Clyde. Located a short distance to the east of Glasgow Central Station bridges.

The architect was Alexander Kirkland.

An unusual feature of the chain links, in comparison with other contemporary examples, is that the eyes are forged slightly wider than the rest of the link, rather than being parallel throughout.

A number of makers' brand marks are visible on the wrought iron links. These are unclear, but are clearly from a number of different makers. Indicative of replacement of some links over time?

A summary of the bridge's history, from various sources[1], names George Martin (Glasgow) as the original engineer for the ironwork, and provides information on the various campaigns of alteration, noting that the ironwork was altered in 1871 by Hanna, Donald & Wilson of Paisley, with Messrs Bell and Miller as engineers, who lowered the chains and deck at mid-span and added latticework railings. Further refurbishment was carried out in 1898; and in 1926 (by Sir W. Arrol); in 1996 and 2004, by which time all the hangers had been replaced and the main chains had been strengthened at the anchorages.