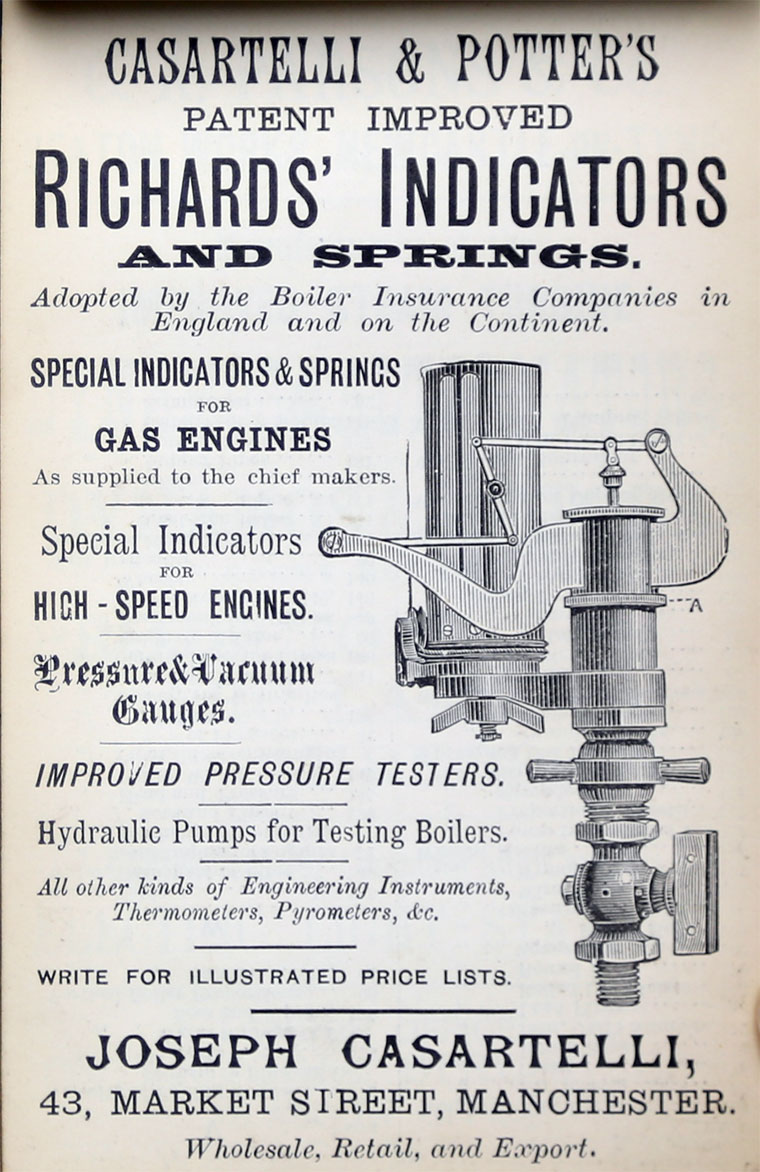 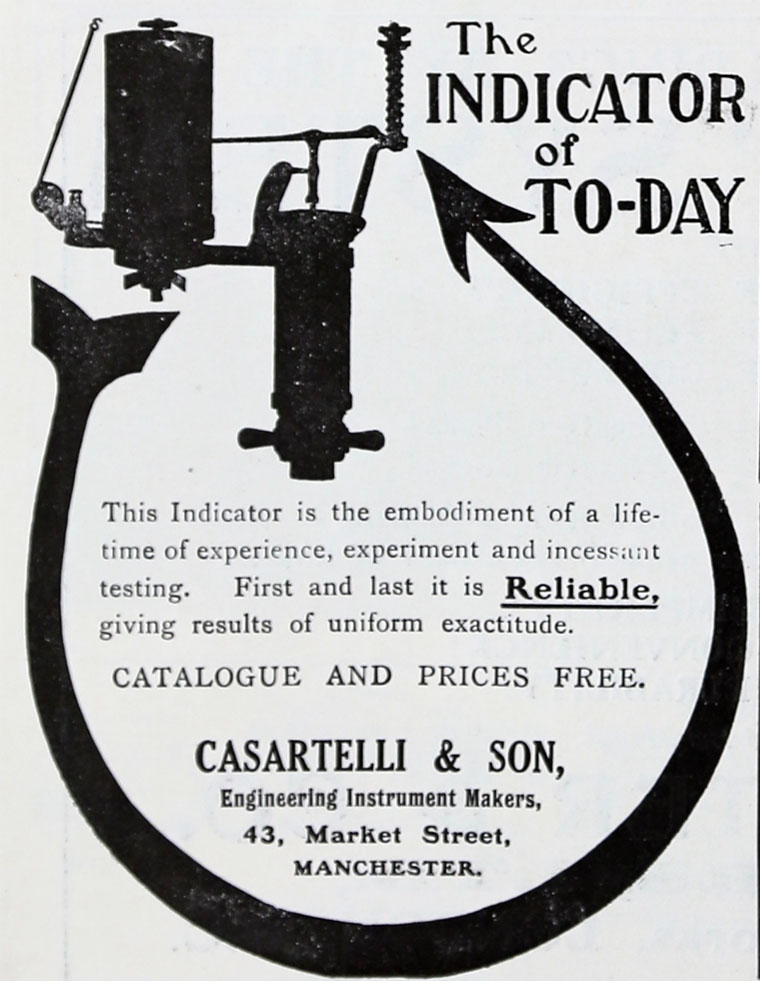 1851 Joseph Casartelli purchased the instrument making business of his wife's family (J. B. and J. Ronchetti) at 43 Market Street, Manchester.

1870s Supplied pyrometers and surveying instruments for the government Department of Science and Art.

The company had trading connections throughout the mining and manufacturing districts of northern England and south Wales and maintained a large export trade to all parts of the world. His products supplied the needs of the industries of Manchester.

Casartelli had a special interest in steam engines and boilers and took out seven patents for apparatus such as engine indicators which he developed with William Potter, the works manager.

He also developed apparatus for testing the lubricating qualities of oils and a steam trap, with Edwin Travis, an engineer in Oldham.

Another of Casartelli's patents was for an improvement to the surveying instrument known as the miner's dial in which a graduated arc was fitted above the compass.

1900 After his father's death, Joseph Henry carried on the business, followed by his sons

1905 the works were moved to Hayes Yard, Garrett Street, Manchester. The company continued to expand as a result of the demand for the instruments both nationally and internationally.

1922 all departments of the company were moved to new premises at 18 Brown Street, off Market Street.

1929 the company took over the Liverpool business (presumably this was called something like J. Casartelli and Son (Liverpool)).

1931 Due to the depression the company went into liquidation.[1]

The rest of the company continued to make and sell surveying and textile testing equipment under the Casartelli name until 1966, when it moved once more to premises on Liverpool Street, Salford.

1984 J. Casartelli and Son (Liverpool) Ltd was voluntarily wound up[2]