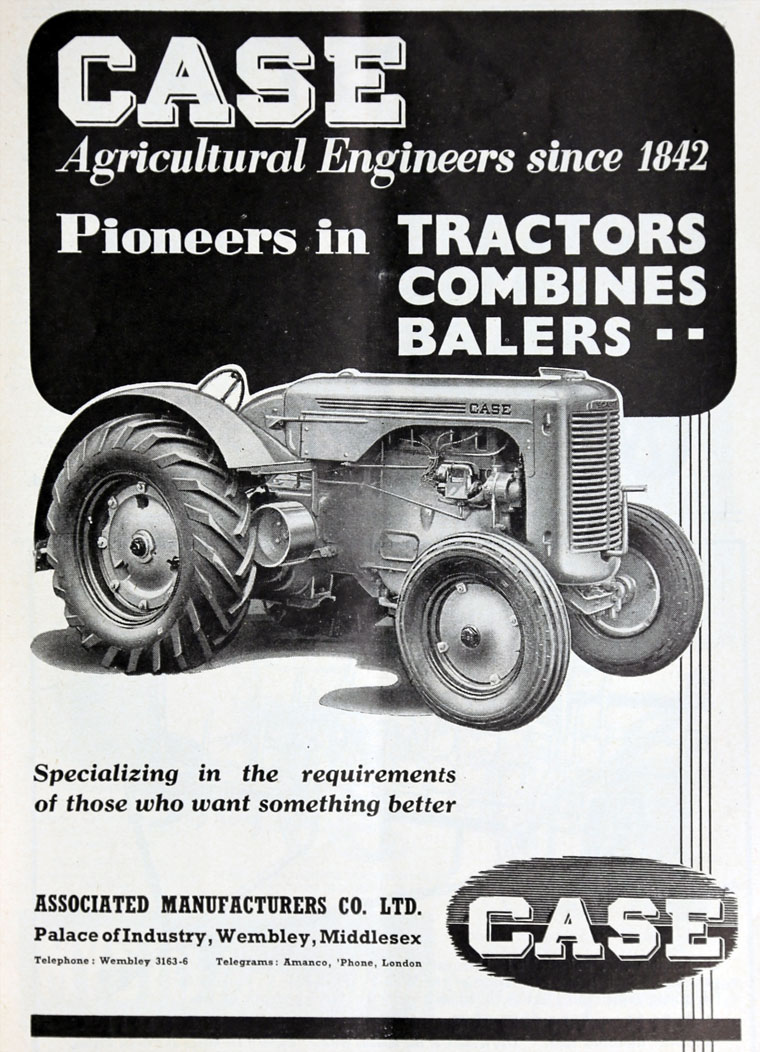 Imported in to the UK by Bureau of American Manufacturers.

The company merged with many other small companies, such as David Brown and International Harvester, so there were several variations in name over time.

1985 After it took over the agricultural department of International Harvester in 1985 it became Case IH.