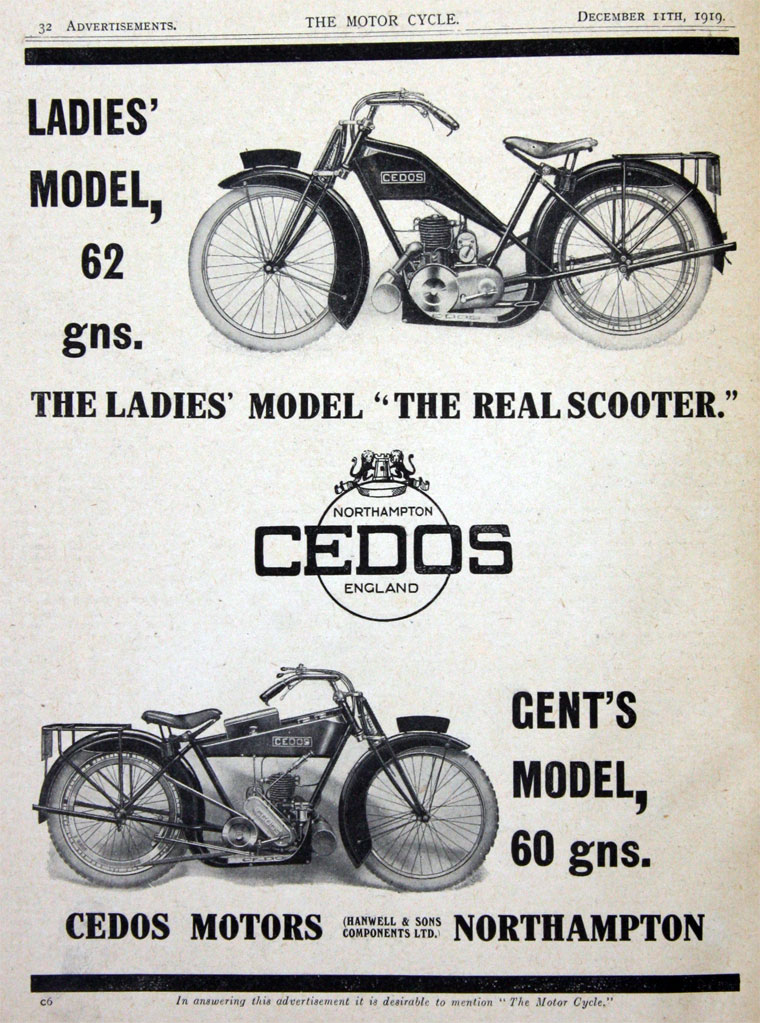 Cedos were motorcycles produced from 1919 to 1929. The name was derived from the name of brothers Cedric and Oscar Hanwell.

1919 Just after the end of World War I, the company entered the market with ladies' and gents' lightweight motorcycles powered by their own 211cc two-stroke engine. Both models had a chain-driven, two-speed gearbox and belt final-drive. The ladies' model had an open frame and both had to be push-started.

1922-1923 Only the larger model was listed. Following liquidation, the company had to be restructured.

1924-1928 New models were added with a variety of engines. At various times they used Blackburne, Bradshaw and JAP and for their last two years they used Villiers. Gearboxes became three-speed Sturmey-Archer with all-chain drive.