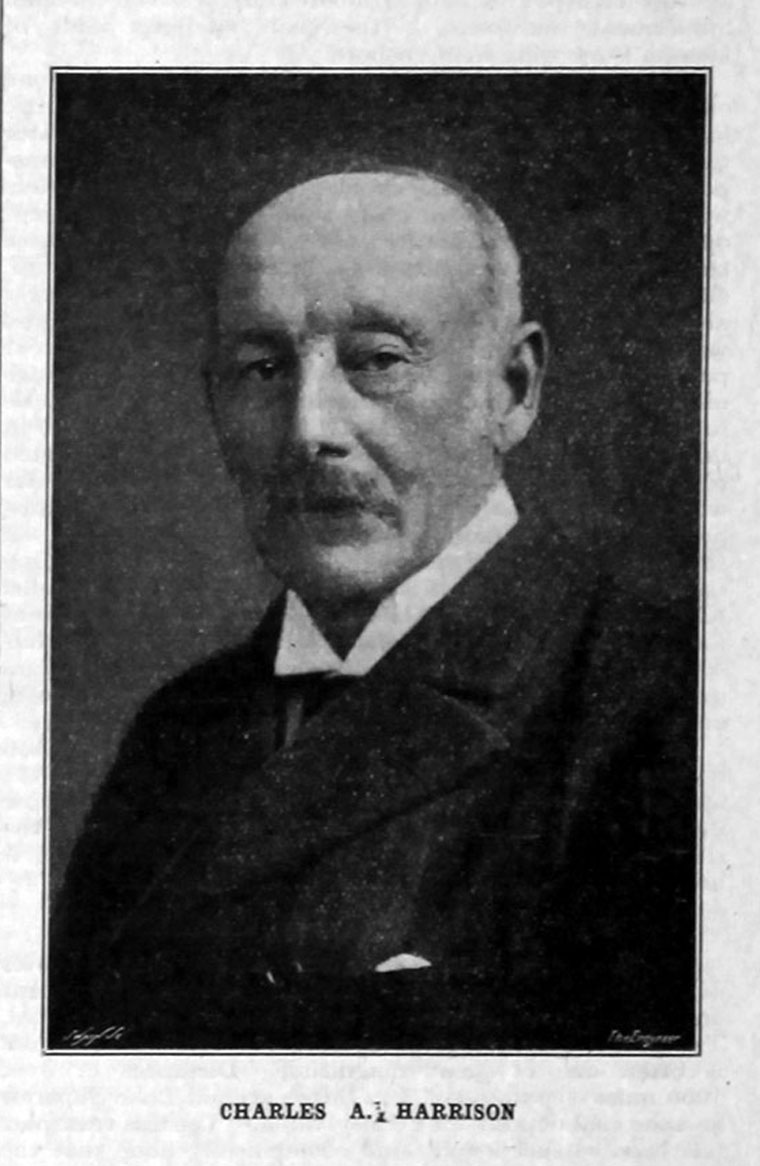 CHARLES AUGUSTUS HARRISON, late Chief Engineer of the North Eastern Railway, was born on the 27th March, 1848, at Vizianagram in the Madras Presidency, and died on the 28th October, 1916, at Hexham.

On leaving Marlborough College in 1867, he became a pupil of Mr. Robert Hodgson, M.Inst.C.E., for a period of 2 years on the North Eastern Railway.

He then entered the service of the Company as Resident Engineer in charge of dock works at Hartlepool, and afterwards on railway works.

In 1888, on the death of his uncle, Mr. T. E. Harrison, he was appointed Engineer to the Northern Division of the railway, and he relinquished that position in 1914.

From 1908 until his death he was Consulting Engineer to the Company.

During his charge of the Northern Division he carried out works of considerable magnitude for the provision and extension of railways and shipping facilities for mineral traffic in Northumberland and Durham - e.g., Dunston and North Blyth staithes, and the Annfield to Pelaw line - as well as the new Durham Coast line between Hartlepool and Seaham, and the Ponteland Branch, etc.

He was also responsible for the necessary alterations and third-rail equipment for the electrification, in 1904, of the local lines between Newcastle and the coast."

In 1910-1911 he served as Chairman of a Departmental Committee of the Home Office to inquire into the question of the danger to workmen involved in deep excavation. He was President of the Newcastle-on-Tyne Association of Students of The Institution for the Session 1894-189s. He was Lieutenant-Colonel in the Engineer and Railway Staff Corps (Territorial Force), and in 1906 he received the honorary degree of Doctor of Science from the University of Durham.