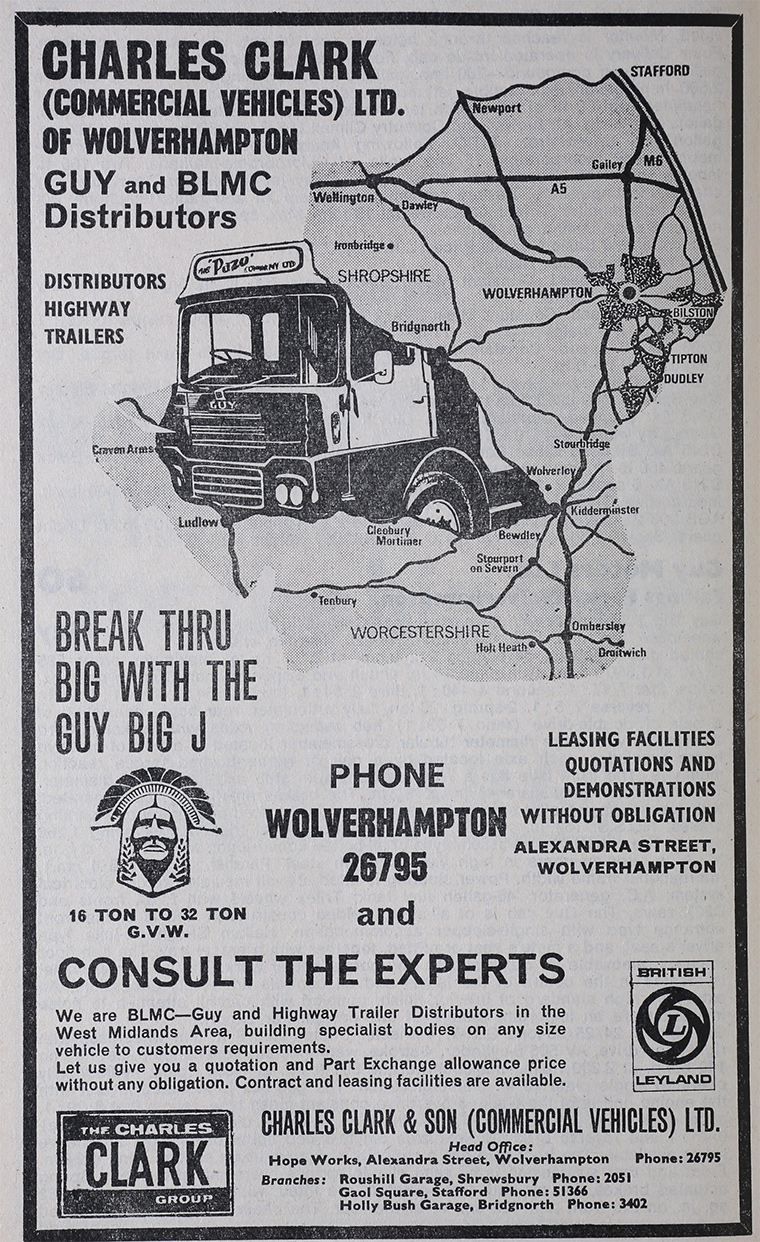 1949 The MD is J. H. Barnett when reconstructed premises were opened - see image.

1972 Rubery, Owen and Co concentrated on manufacturing and engineering activities, selling other subsidiaries including the British Leyland distributor, Charles Clark and Son[1]