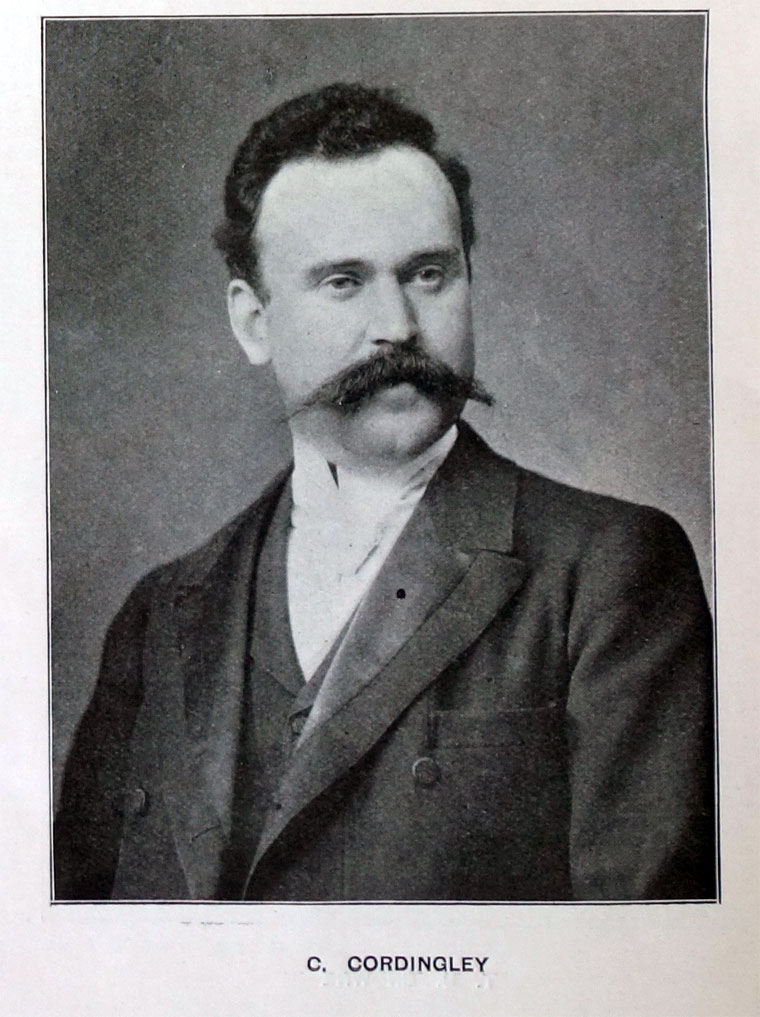 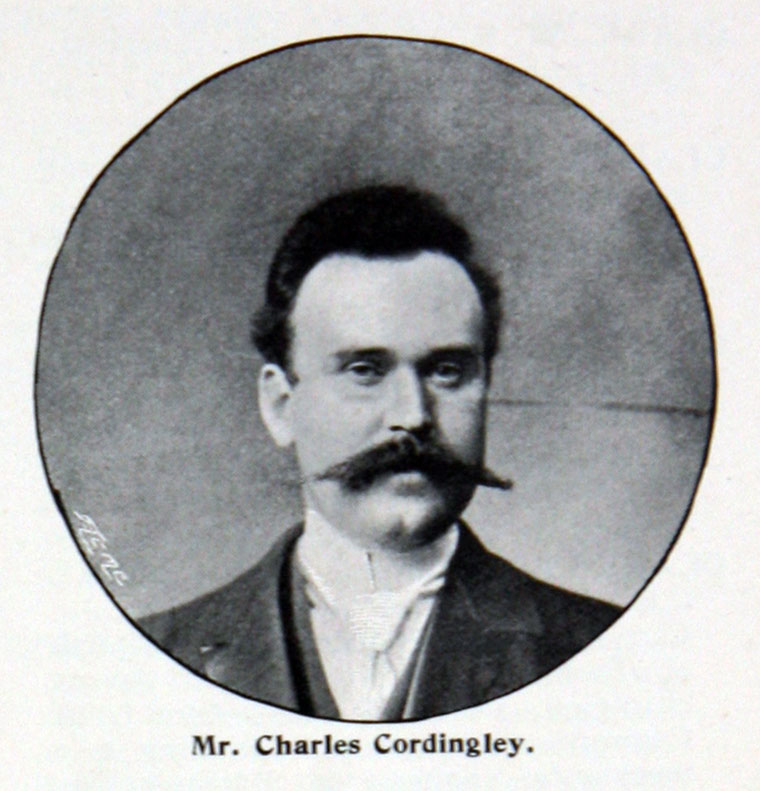 Charles Cordingley (1872-1914), Organiser of motor show for many years

1904 CORDINGLEY, Charles, Shoe Lane, London. E.C. Cars: 40 h.p. Mercedes, 72 h.p. Star. Is editor and proprietor of the Motor-Car Journal. Has organized international motor-car exhibitions at the Agricultural Hall ever since 1896, when he arranged the first show of motors held in Great Britain at that place. Motors for pleasure and profit. [1]

CORDINGLEY, C.- Born in 1862, and educated at public schools, Mr. Charles Cordingley was well known as proprietor of several trade newspapers before he first identified himself with automobilism by holding an exhibition of motor cars in connection with his other Exhibitions at the Agricultural Hall in 1896. Since then he has organised very successful motor exhibitions at the Agricultural Hall every year. These were held under the patronage of the Automobile Club, and Mr. Cordingley was appointed a member of the Club Committee on October 31st, 1899. Owing to the fact that the trade were not unanimous in recognising only one exhibition, the Club has not given its patronage to any exhibition in 1903. In March, 1899, he founded the very successful Motor Car Journal, of which he is the proprietor and editor. Mr. Cordingley has owned many motor cars, including a 6 h.p. M.M.C., a 12 h.p. M.M.C., a 9 h.p. Napier, and a 40 h.p. Mercedes.