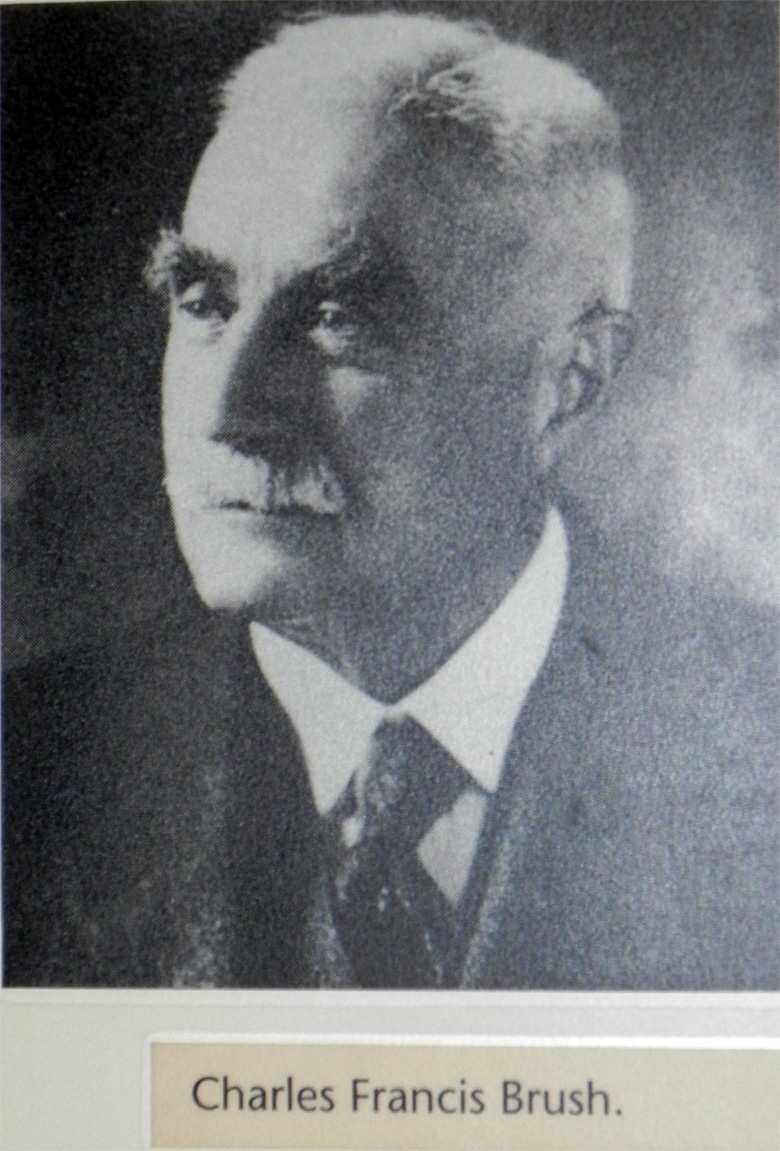 1877 Patented the dynamo, which won a competition sponsored by the Franklin Institute.

Invented the first arc lighting that was practicable to manufacture; had developed a system which allowed automatic maintenance of the spark gap.

1879 29 April: Brush's arc lamps were lit in the Public Square in Cleveland.

1880 The Anglo-American Brush Electric Light Corporation was established in Lambeth, London, to work the patents of Charles Francis Brush

1881 the Brush Electric Light Company was established to commercialise his system of lighting, and by 1882 his lamps had been installed in several major cities across America and Europe.

1887 Believed to have built the first automatically-operated wind turbine in Cleveland, Ohio.