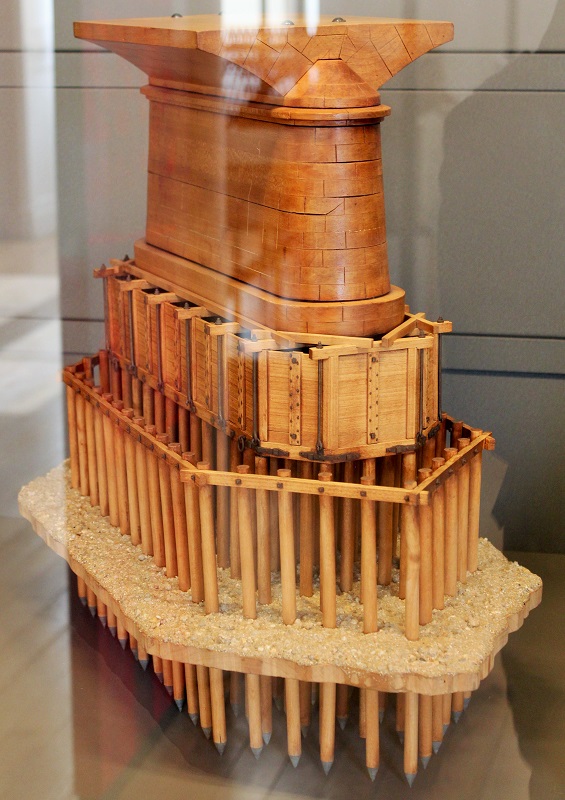 In 1855 Charles Nepveu published a treatise on bridge foundations. The Musée des arts et métiers have on display a scale model of bridge foundations by Nepveu, probably shown at the 1855 Paris Exhibition (see above). His achievements include the railway bridge over the Garonne at Bordeaux, whose piles were sunk using compressed air, and the installation of the Machine Hall at the 1855 Exposition. Nepveu also worked in an advisory capacity on the digging of the Suez Canal.[1]