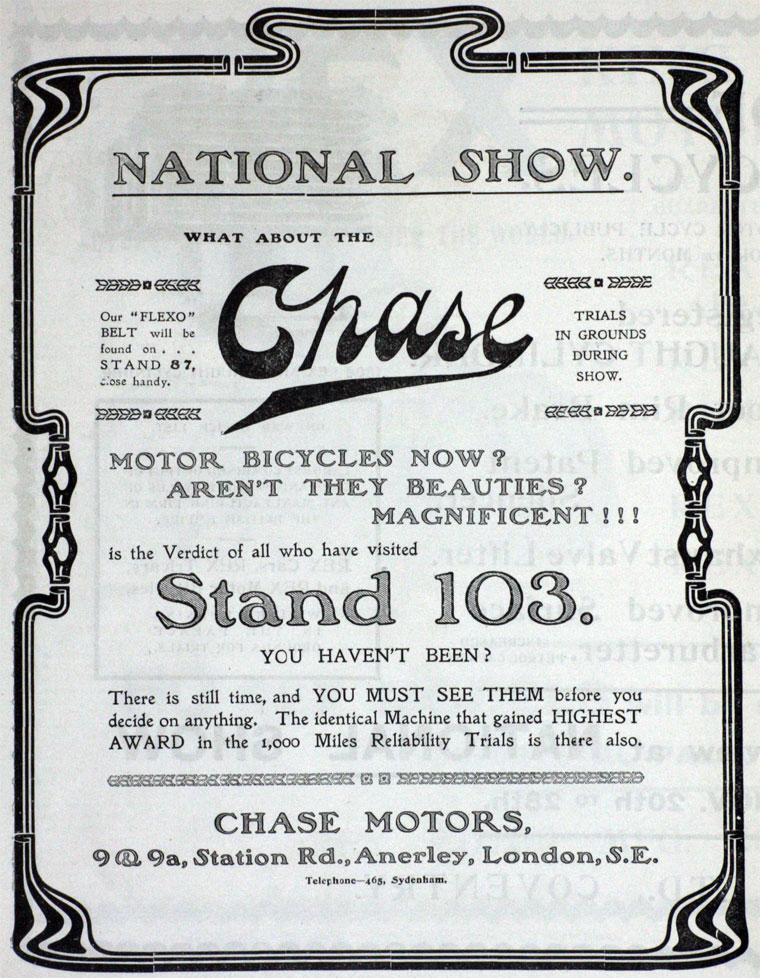 The machines were built by successful bicycle racing brothers, A. A. Chase and F. W. Chase of Anerley, London.

1903 With their comprehensive knowledge of all types of motorised machines, the brothers went into business to produce a motorcycle that was typical of the era. Engines were vertically mounted and included 2.75hp and 3.5hp MMC or 2.5hp and 3hp Ariel.

1904 Power increased to 4hp, and they added magneto ignition to some machines. They also offered a forecar with air scoops to aid engine cooling.

1905 A racing model with a 6hp engine was listed, along with a 7hp twin-cylinder forecar with fan cooling.

1914 A chase motorcycle competed in the 1914 Isle of Man TT Races. Was this the same company or Chase (USA)