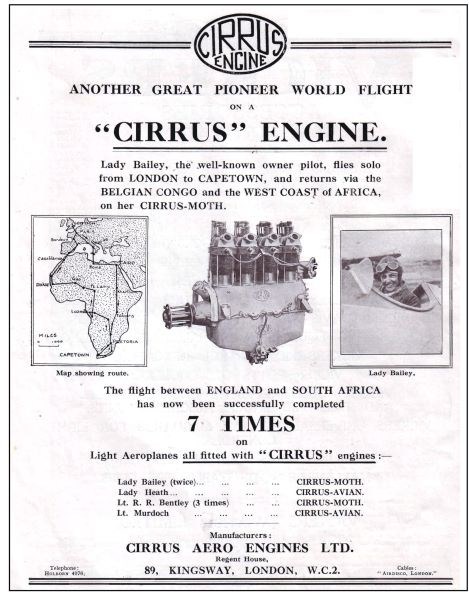 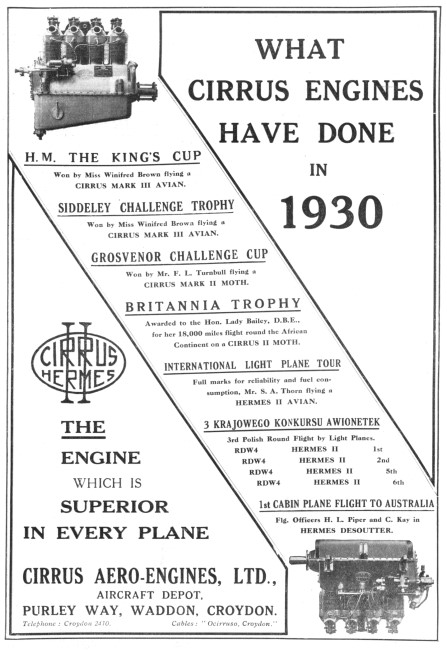 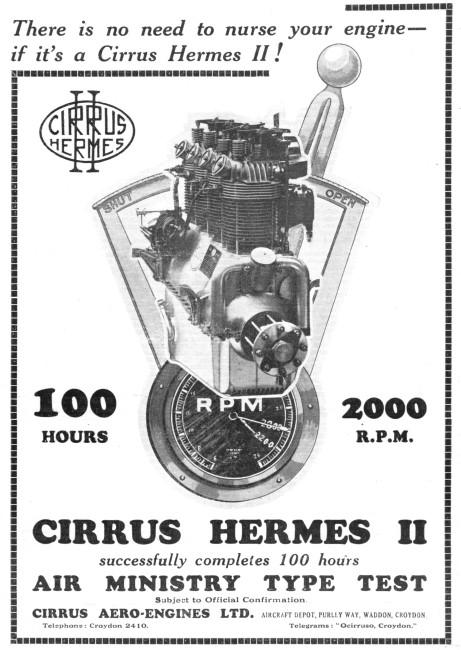 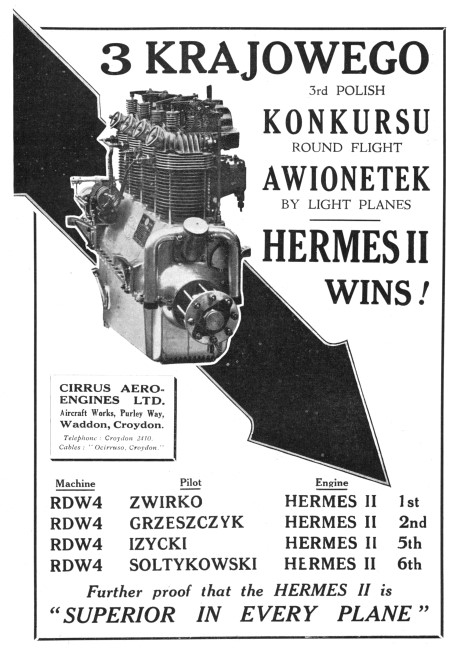 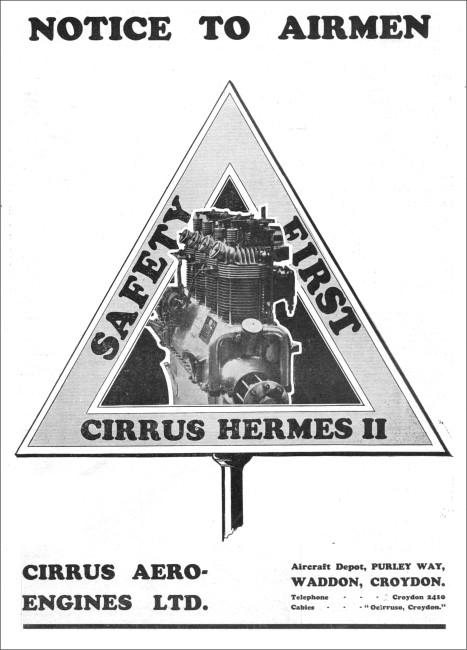 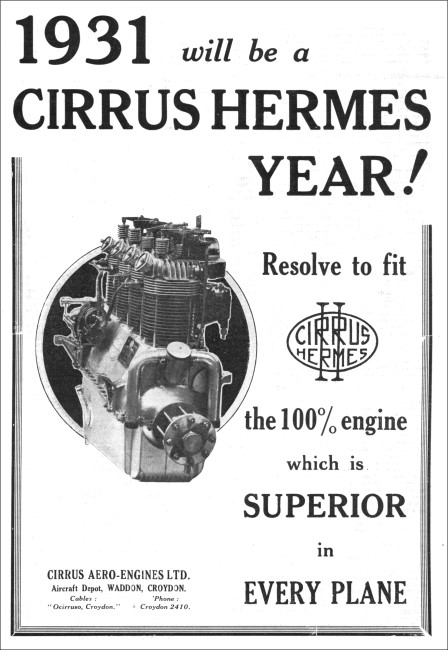 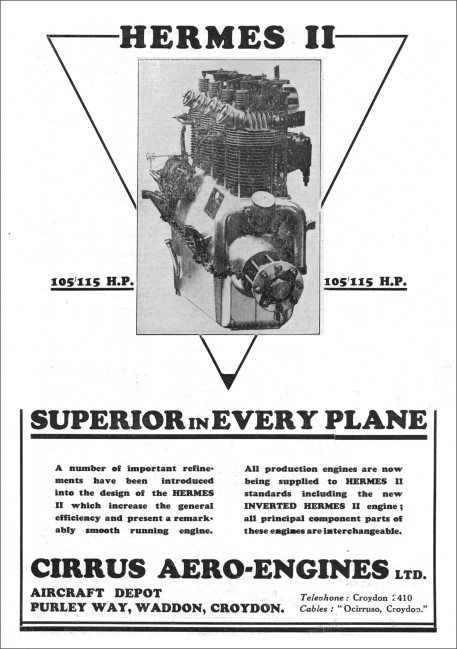 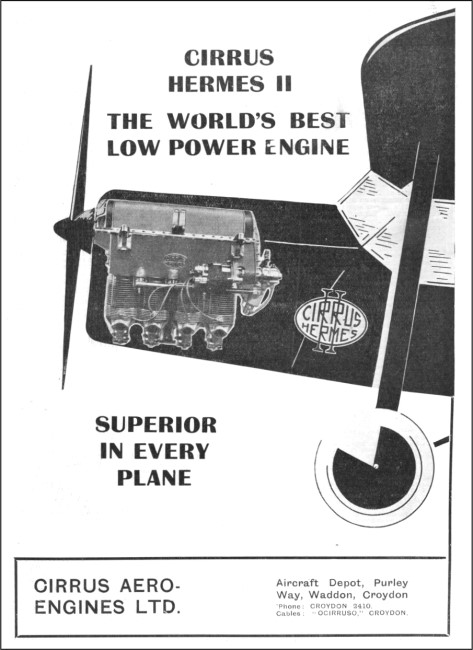 1927 Company formed to take over the manufacture of Cirrus aero engines from ADC Aircraft.

Cirrus's first product was the 90 hp (67 kW) Cirrus I, which had passed its 50 hour type rating in 1925. It was the first air-cooled inline engine, a design that proved extremely popular for light aircraft. The basic layout was quickly copied by a number of other manufacturers. Later versions named the Cirrus II, and Cirrus III were produced each with slightly greater displacement, and power.

1931 The company was bought by the Cirrus Hermes Engineering Co and was known as Cirrus-Hermes.

Later Cirrus-Hermes became the Cirrus Engine Section of Blackburn and General Aircraft Limited in 1934, and operated as a separate division until production ended in the post-World War II era.[1]