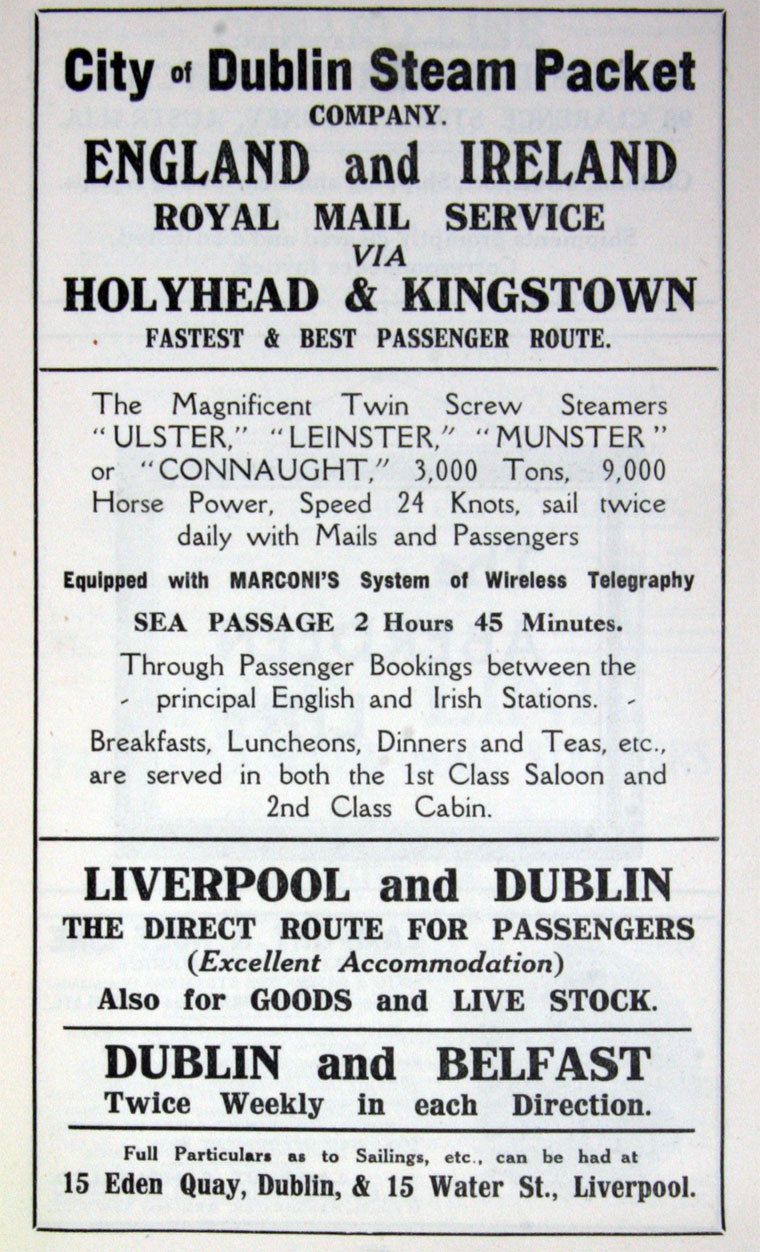 1823 The company was established, originally as Charles Wye Williams and Co

1833 The company was incorporated by Act of Parliament. [1]

1837 Established the Transatlantic Steamship Co to operate between Liverpool and New York.

After three years, the Transatlantic Company was closed down.

1850 Started carrying the Irish mails between Holyhead and Kingstown

1885 Lairds built the steamer Ireland for the company's mail service between Holyhead and Kingstown,

1909 The Steam Packet Company, which was carrying mails between Holyhead and Kingstown, claimed in court action against the Postmaster-General, exclusive use of certain berths at Kingstown under its contract (which ran to 1917) but lost in certain aspects on appeal. The London and North-Western Railway Company was also running a service on the same route.

1920 When the contract for the Irish Mails was re-tendered, it was won by the London and North-Western Railway Company[3]