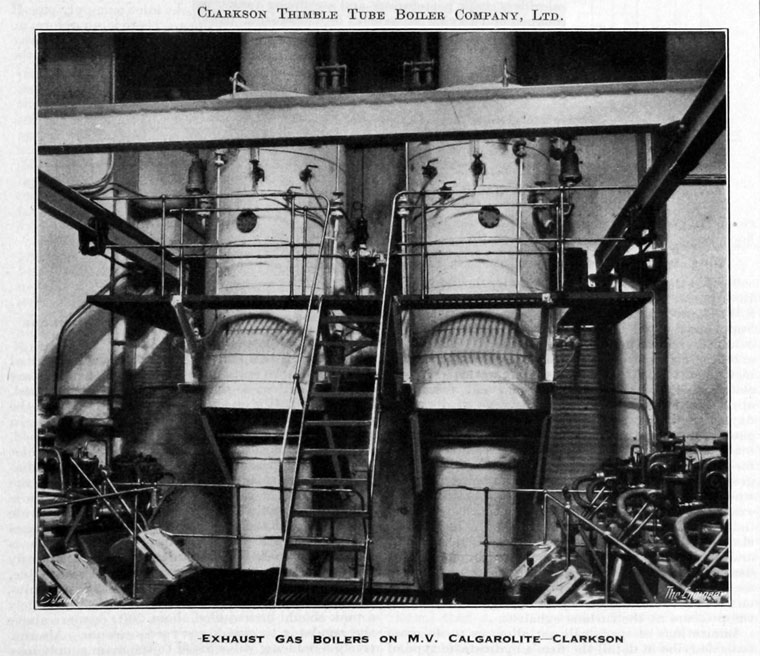 1926 T. Clarkson presented at the Inst of Civil Engineers on water circulation in thimble tube boilers[1]

1930 Patent on steam generators or water heaters, with Howard John Fountain, the first of around 20 patents

1932 Patent on improvements in steam generators or water heaters with William John Niven.