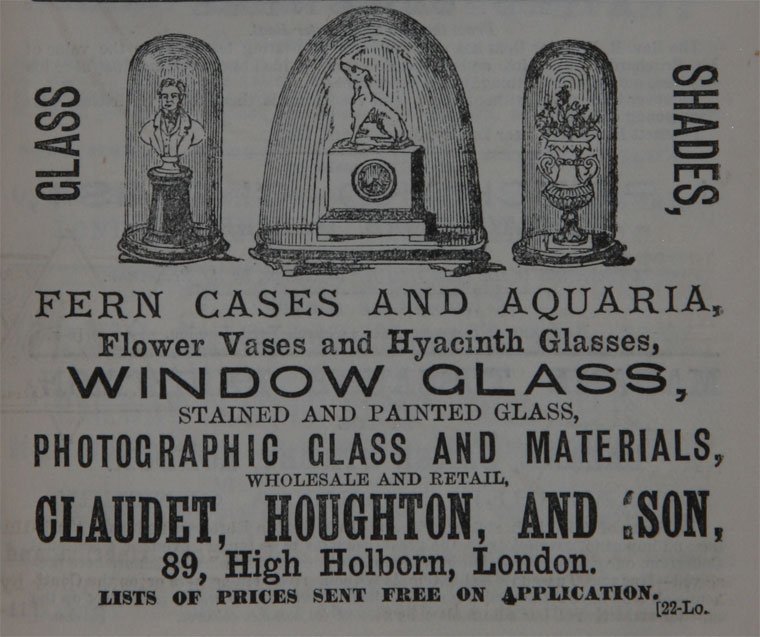 1834 George Houghton joined Antoine Claudet to manage a glass warehouse in London, under the name Claudet and Houghton.

1839 After the announcement of the Daguerreotype process, Claudet secured a license directly from Daguerre and spent most of his time operating his own studio while Houghton began selling Daguerreotype requisites.