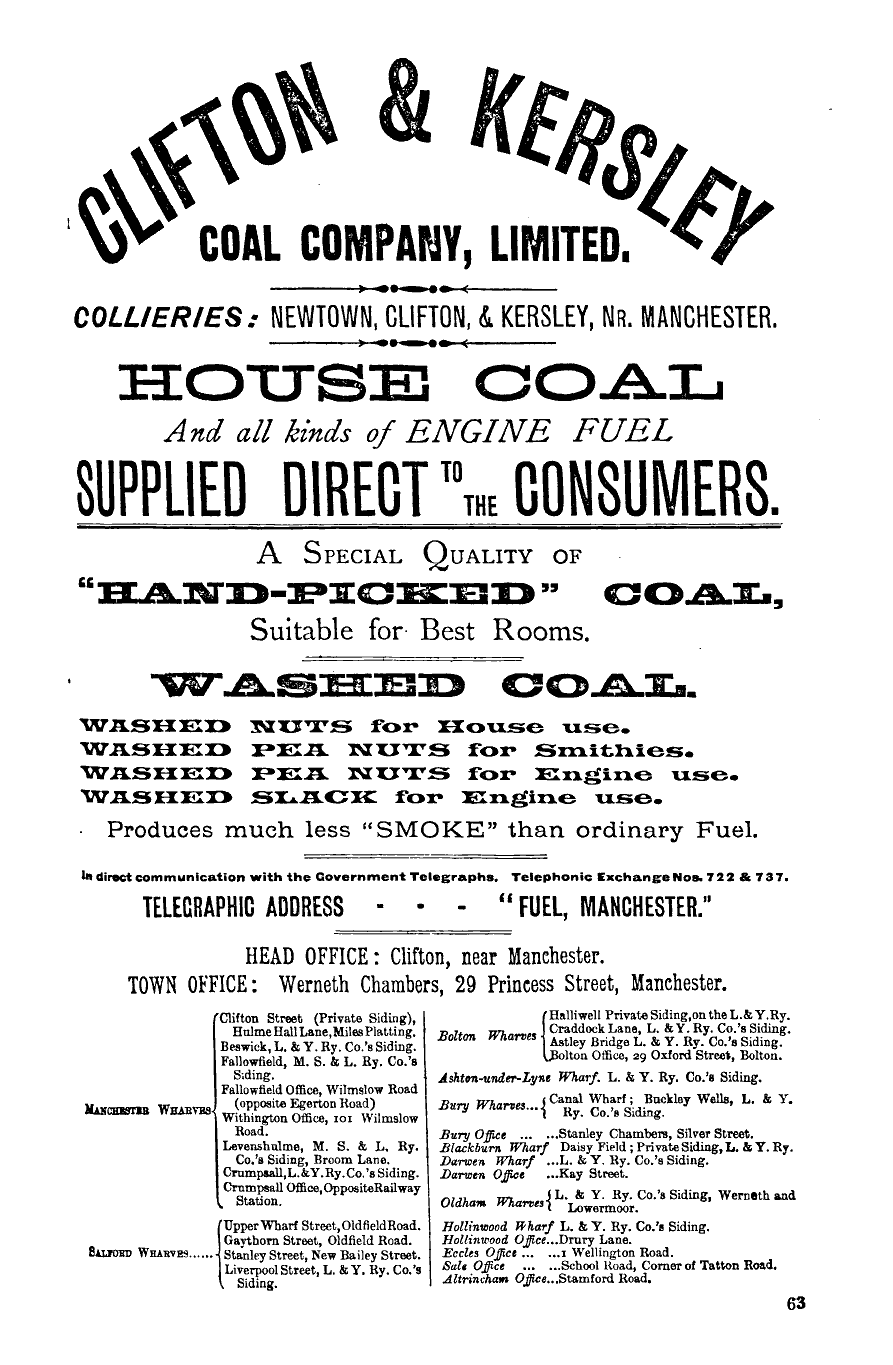 The Clifton and Kearsley Coal Co, of Clifton near Manchester.

In the eighteenth century and the first half of the nineteenth the collieries were worked on a small scale by the Fletcher family, whose consulting engineer was James Brindley

1885 Limited company incorporated to purchase from Messrs. T. D. Grimke, Edward Pilkington, and others, the Clifton and Kersley Collieries, Lancaster. The directors were:[1]

From 1908 the operations of the Company were extended to Astley, where a new pit was sunk.