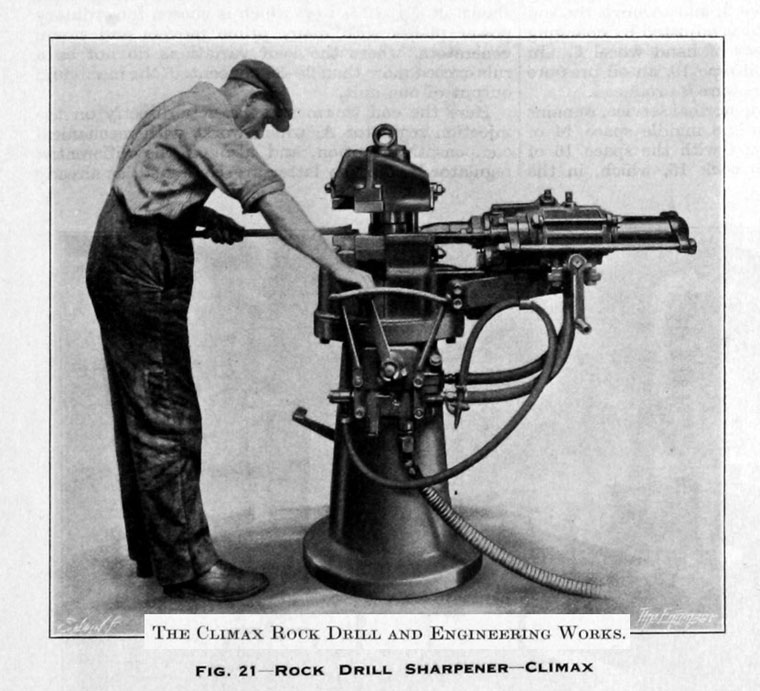 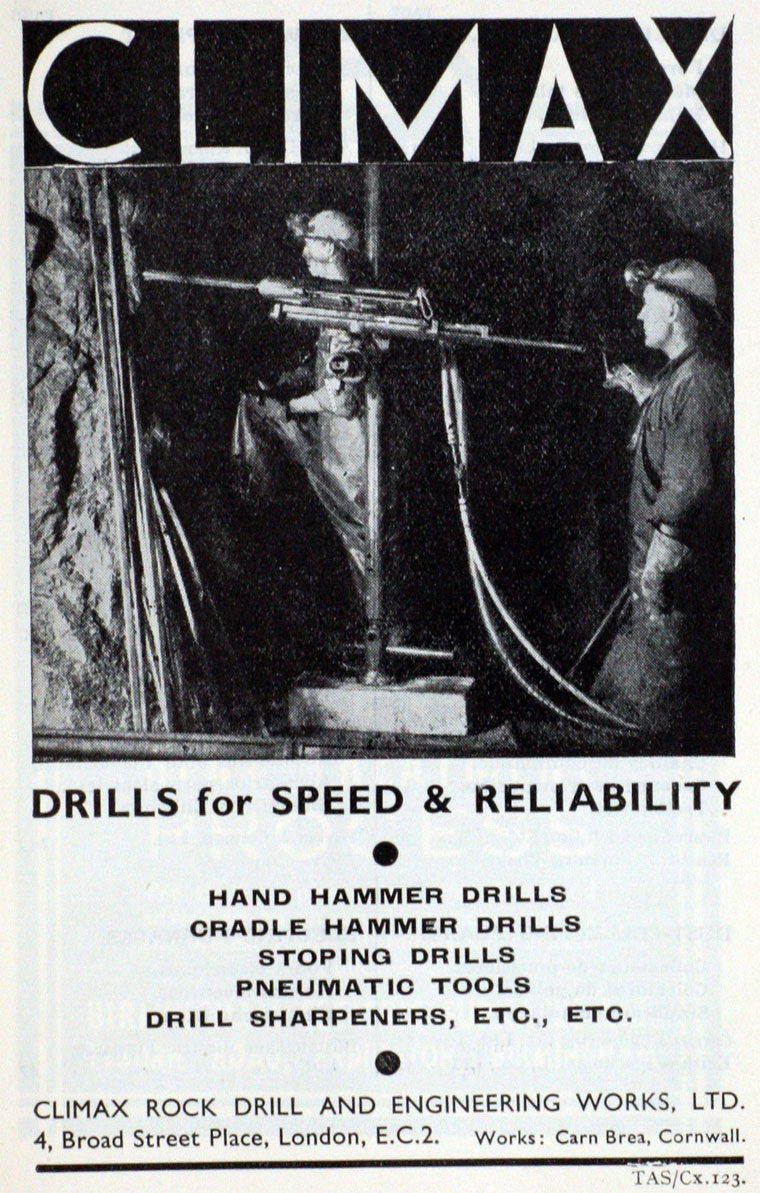 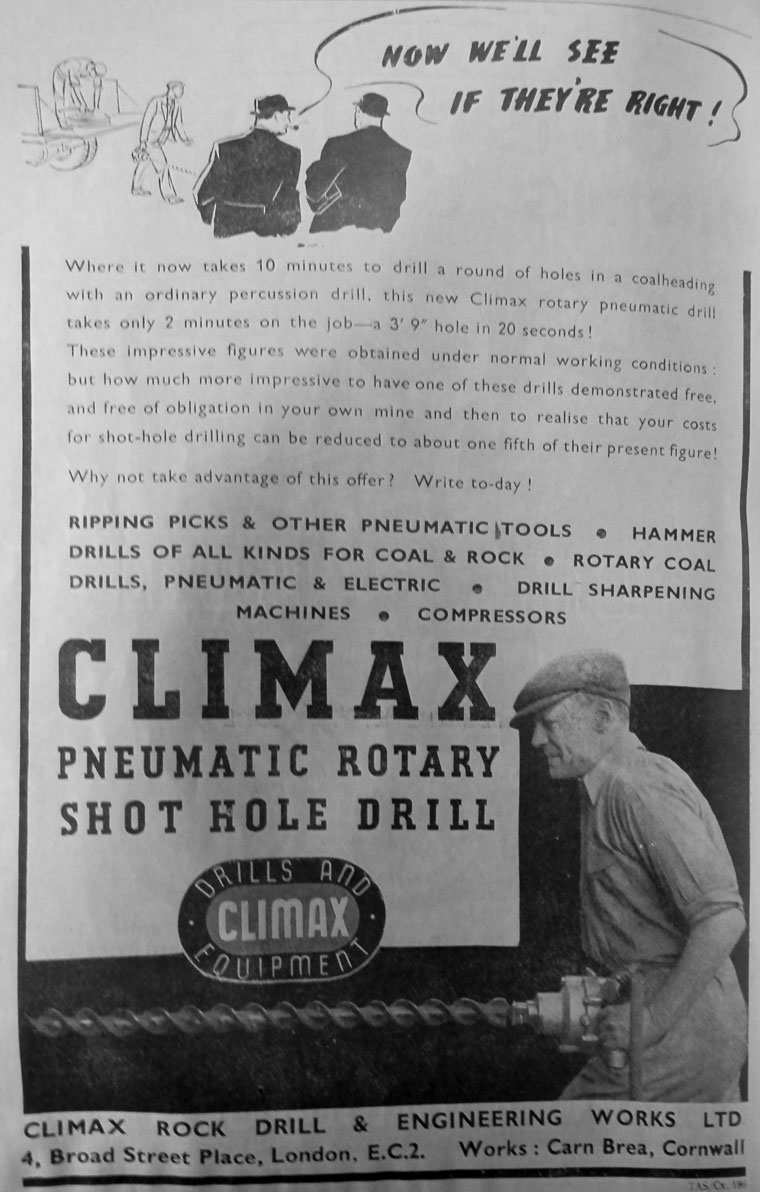 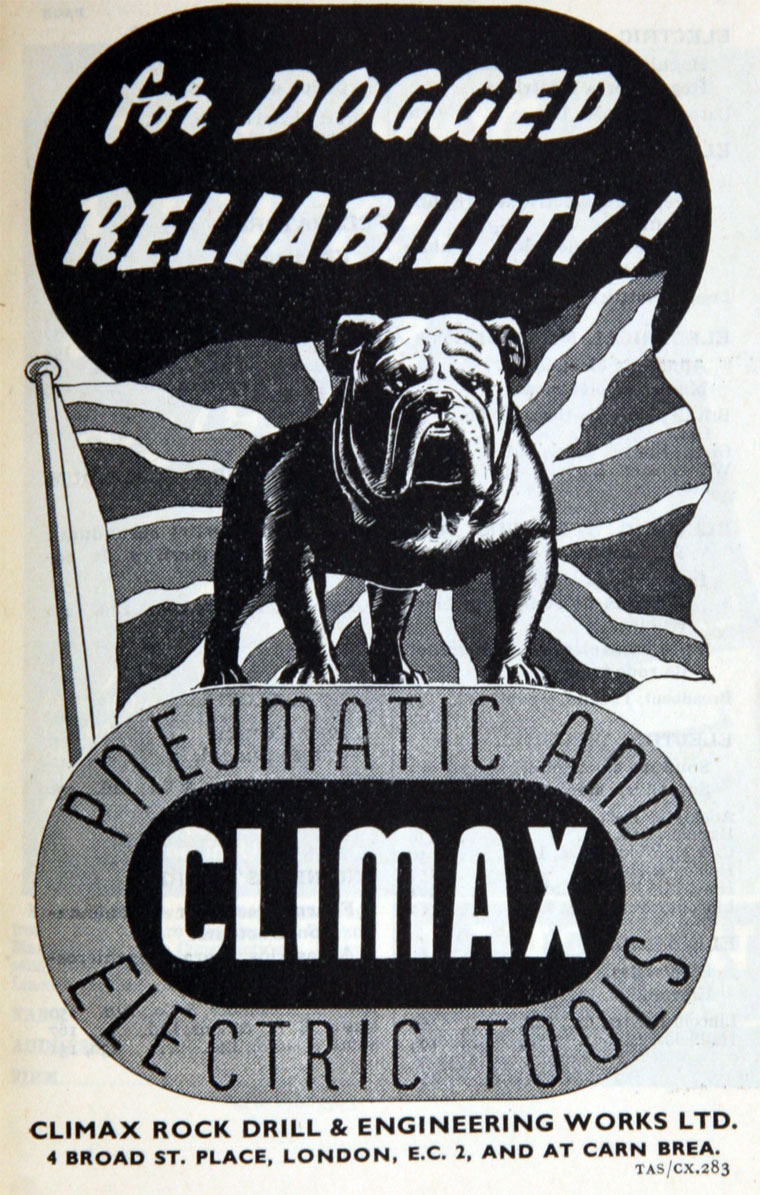 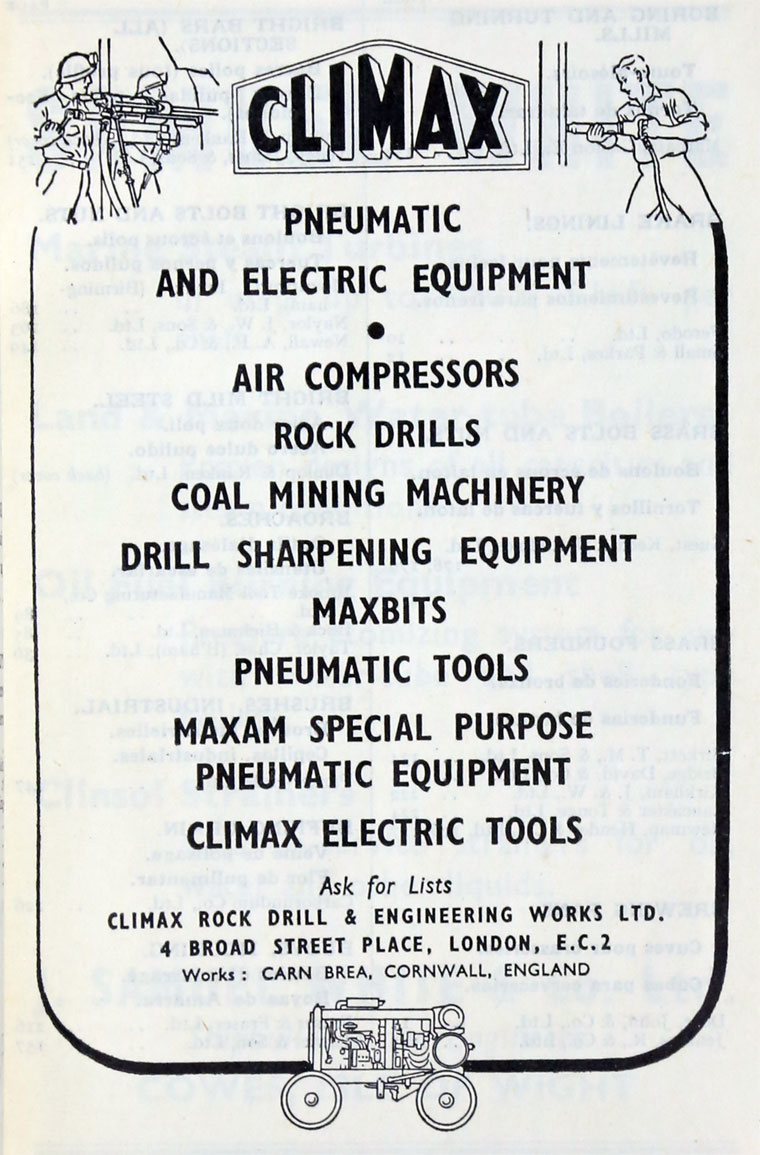 1945 Advert for the Climax fettling grip, an air operated vice for use in foundry and fitting shop. [3]

1951 Became a subsidiary of Holman Brothers

1958 Holman acquired the rest of the shares; Maxam Power was established as a separate subsidiary company to develop and exploit its technology for industrial automation[8]