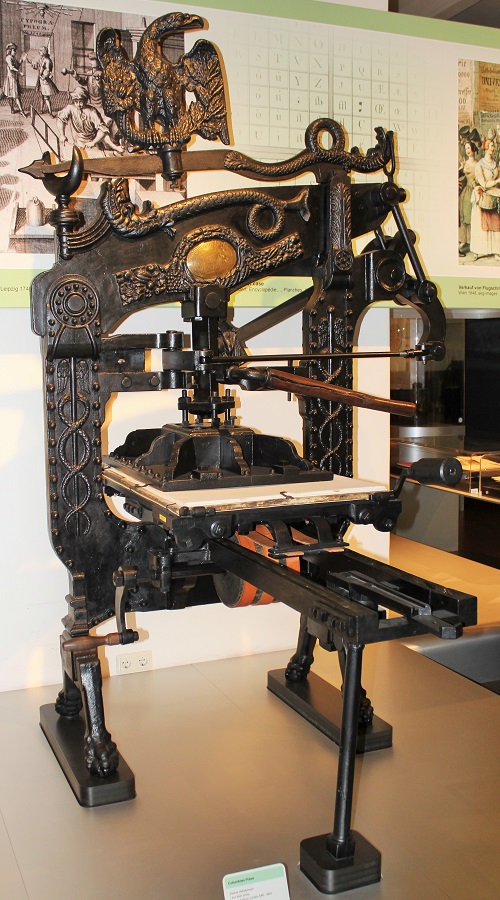 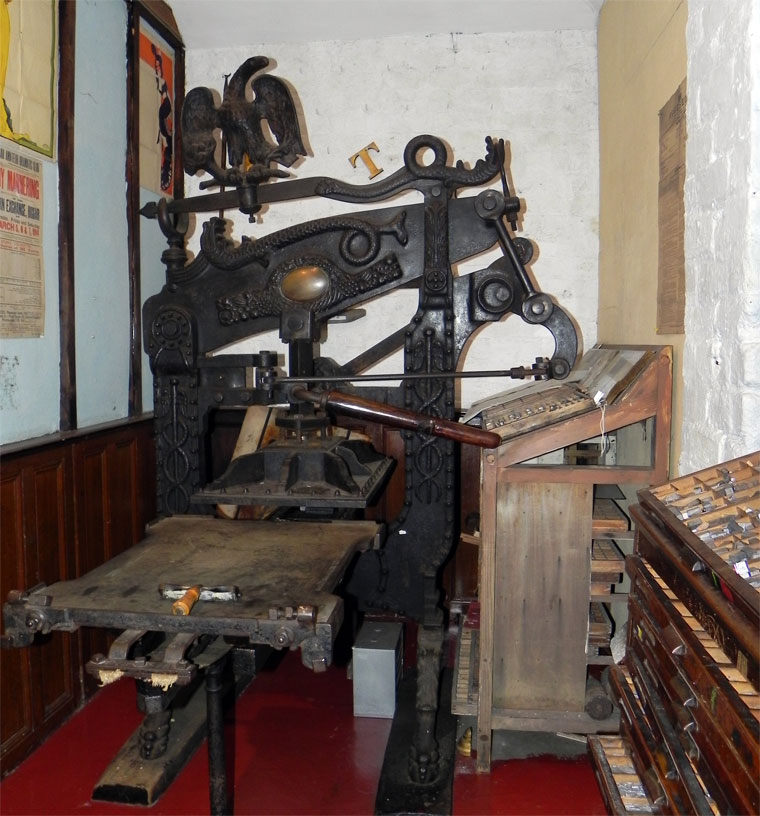 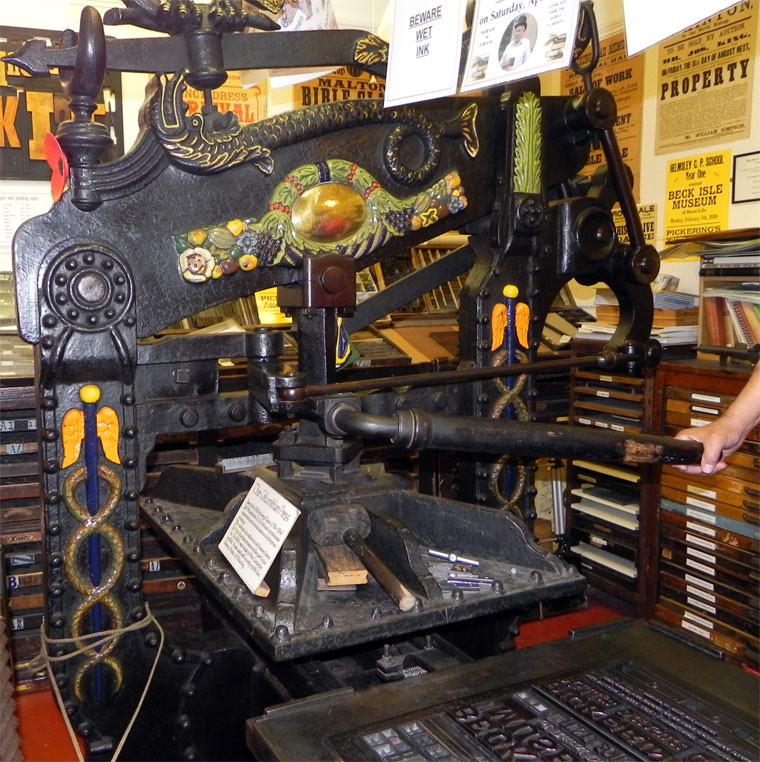 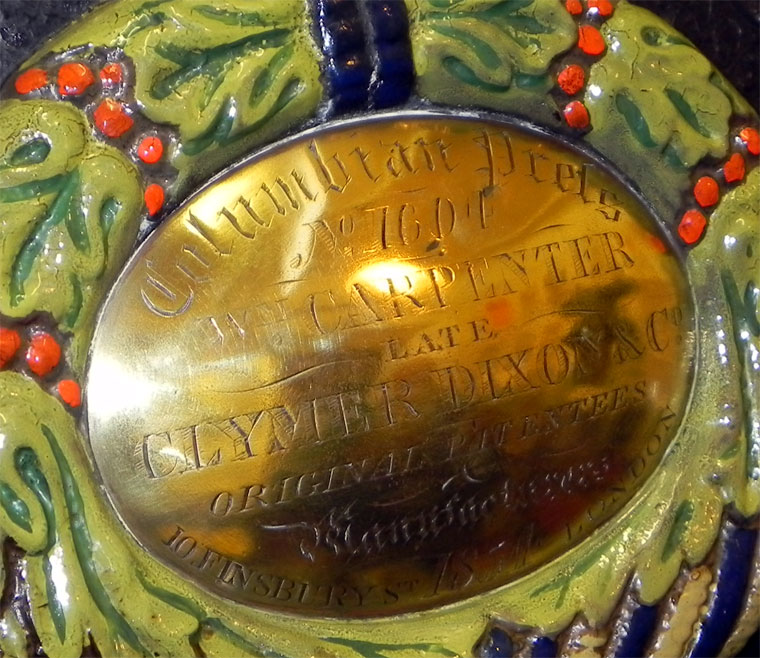 The Columbian Press was invented by George Clymer of Philadelphia, prob]]ably in 1813. It was inspired by the earlier presses, particularly the Stanhope Printing Press.

It allowed large formes, such as a broadsheet newspaper page, to be printed at a single pull. The press worked by a lever system, similar to that of the Stanhope press and quite different from the toggle action of the slightly later Albion Press. The press is sometimes, incorrectly, referred to as the 'Eagle' press due to the bald eagle counterweight which usually sits on the top lever. Some Columbians have the counterweight in another form; for example, a simple ornament, a lamp, urn, or orb. [1]

Clymer manufactured and sold a few presses in America, he found the market difficult and moved in 1817 to London, where he began a successful manufacturing programme that lasted well into the twentieth century, initially with operations at 1 Finsbury Street, London.

1830 Clymer took Samuel Dixon as a partner in the business and moved to 10 Finsbury Street and the business traded as Clymer, Dixon and Co.

1831 Advertisement. 'CLYMER'S Patent PRINTING PRESS, manufactured by CLYMER & DIXON, No. 10, Finsbury Street, Finsbury Square, London. The celebrity which these PRESSES have obtained by their constint use for nearly twelve years, in the Royal Printing Offices of the University of Oxford and the Royal Printing Offices of the Emperor of Russia, and the King of Holland; in America; in the East Indies, and more than four hundred of the most respectable Printing Offices in London, Edinburgh, Glasgow, and in short, and every important town in England, Scotland, Ireland, and the Continent, without a single failure in any one instance, renders eulogy on their superiority over any and every similar invention, guite unnecessary: suffice it therefore to to those who have not yet made a trial them....'[2]

1845 Dixon took in partners in the business

1849 Partnership dissolved. '...the Partnership lately subsisting between us the undersigned, Samuel Dixon and Thomas Wrigley Wiley, as Columbian Printing Press Manufacturers, and carried on at No. 10, Finsbury-street, Finsbury-square, in the parish of St. Luke's, in the county of Middlesex, under the firm of Clymer, Dixon, and Company, was this day dissolved by mutual consent; and that all debts due to and owing by the said late firm will be received and paid by the said Samuel Dixon...'[3]

1851 Business taken over by William Carpenter