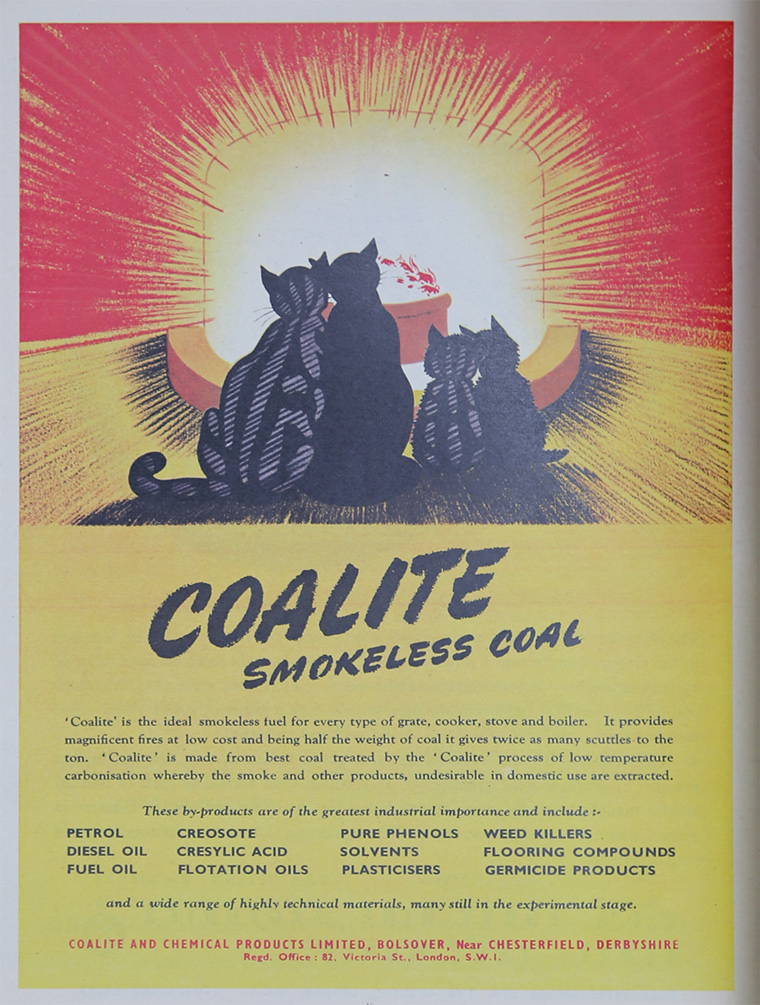 1952 the registered office for all three companies was moved from London to Bolsover.

1950s and early 60s: the company prospered during the economic growth.

1953 Coalite ceased to be rationed.

1956 The plant would have 19 batteries of retorts in use with a corresponding extension to the chemical plant. When the Clean Air Act came into force that year, Coalite was made an "authorised fuel" that could be burnt in domestic grates.

1960–1 A new research centre was built at Bolsover

1966 A new wing was added to the head office to house a computer.

In addition to the Bolsover plant, where the refinery business was now being run by Coalite Oils and Chemical Ltd, the company was making Coalite at Askern, near Doncaster (Yorks.).

1981 The group, now Coalite Group PLC, reorganised its two operating companies into Coalite Fuels and Chemical Ltd, which took over the Coalite plants at Bolsover, Askern and Grimethorpe, and the refinery at Bolsover.

1989 Taken over by Anglo-United which sold the quarry interests to Charter Consolidated[1] and many of the other non-core parts of the company.