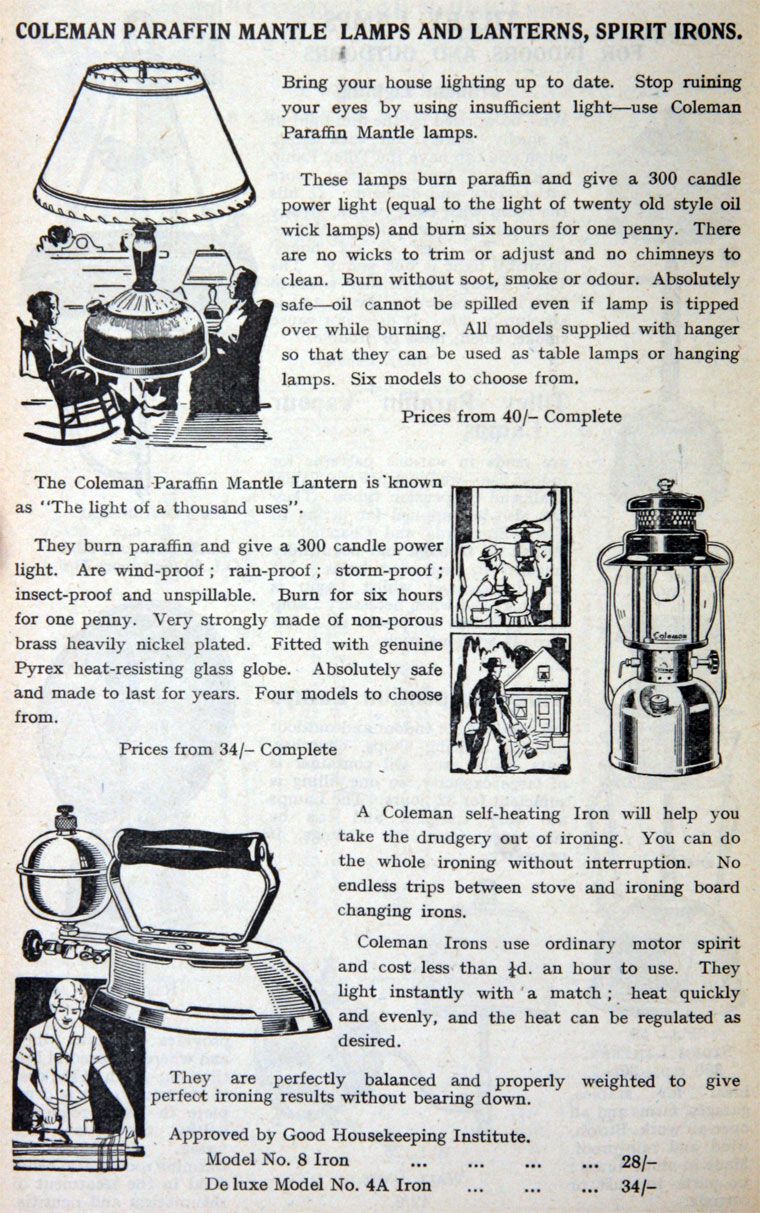 Initially founded in Oklahome, USA by William Coffin Coleman, the Coleman Company started out making paraffin lamps, which became known as Coleman Lamps. William Coleman was born on21st May 1870 and died on the 2nd of November 1957.[1] By the 1930's Colemans were making gas irons, and the identical model was also being made in Birmingham by Coleman Quick-Lite Co. Colemans produced a wide range of camping gear, such as stoves, sleeping bags, hot tubs and tents. They are still trading and information can be obtained from their website.