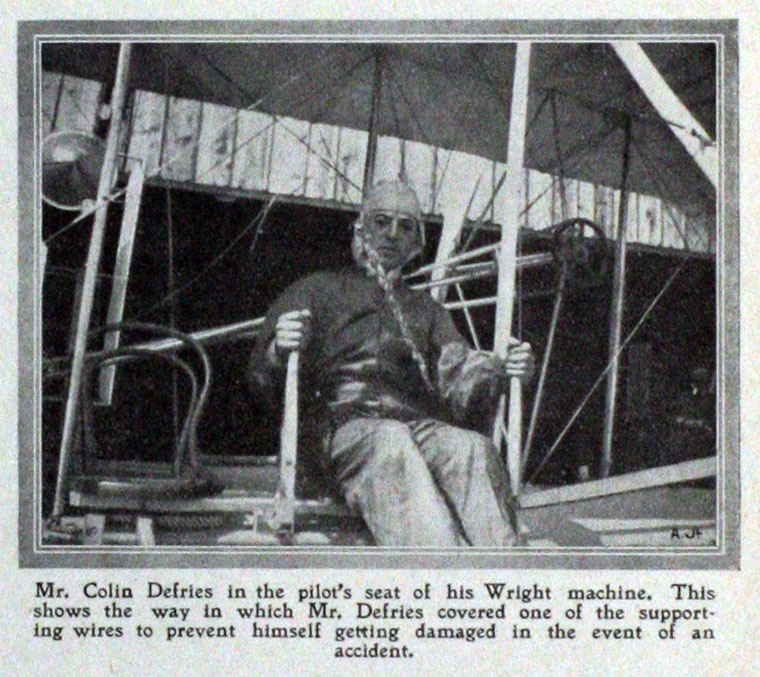 Lt-Col Colin Defries (1884-1963) was an English pilot who made the first attempted powered flight over Australia on December 9, 1909 in Victoria Park racecourse. He crashed his biplane when he lost control upon reaching for his hat, which was being blown off by the wind.

With the Aerial League and a newspaper denying that the flight had succeeded, much less occurred at all, Defries made a second attempt on December 18.

Finally, his mechanic, R. C. Banks made an attempt of his own on March 1, 1910, and crashed the plane again.