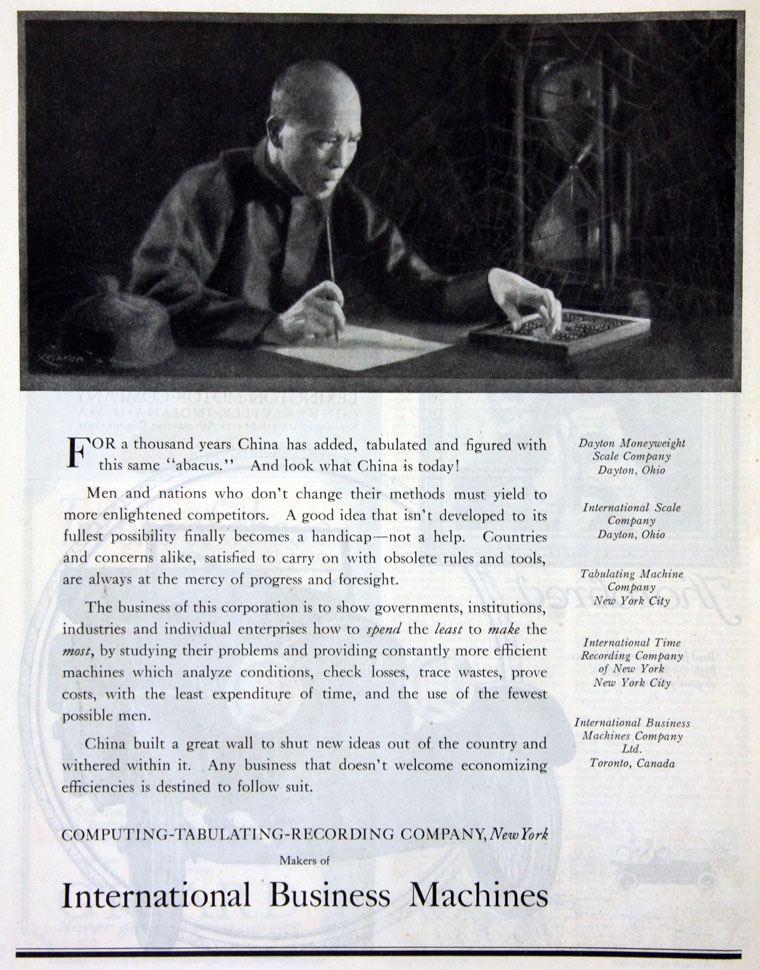 1880s Herman Hollerith invented the punched-card technology for use in the US census[1].

1896 Hollerith formed a small business in the United States to manufacture and market his machines.

1911 TMC became part of a new company, the Computing-Tabulating-Recording Co (C-T-R) which made timing devices, scales and slices (sic), in addition to tabulators.[3]