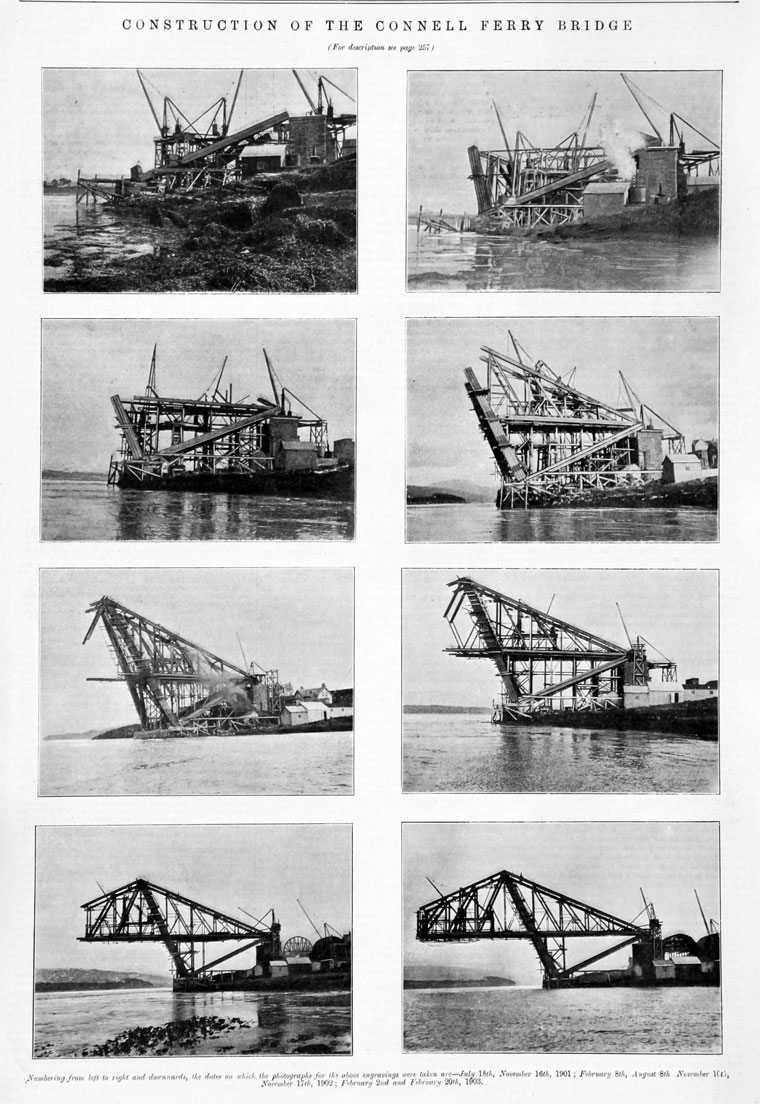 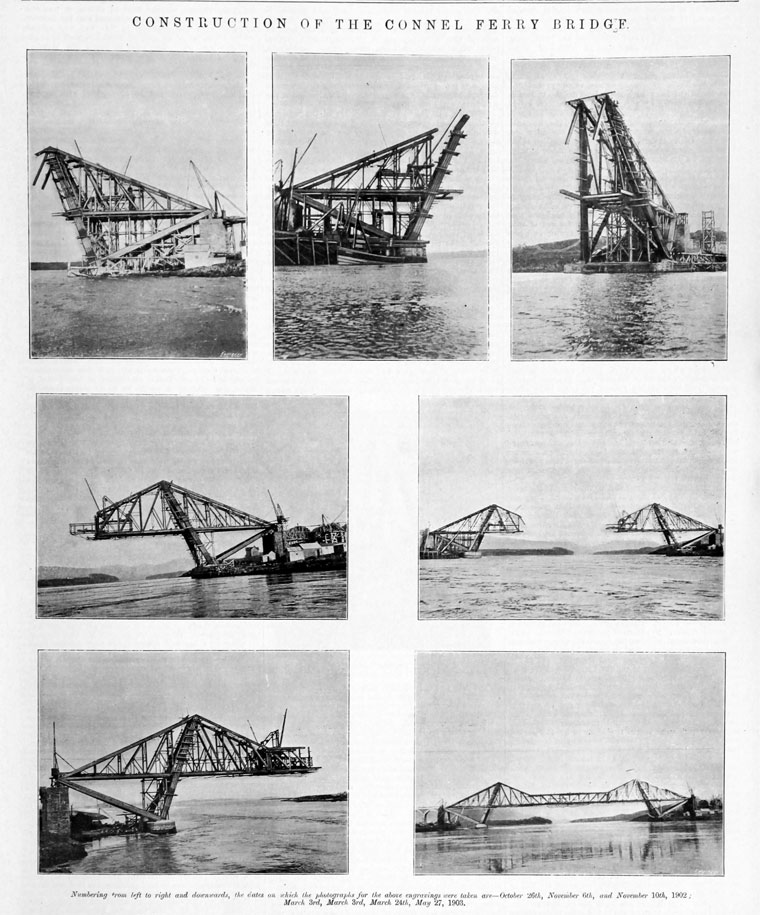 Connel Bridge is a cantilever bridge that spans Loch Etive at Connel in Scotland. The bridge takes the A828 road across the narrowest part of the loch, at the Falls of Lora.

Connel Bridge has a span of 500 feet (150 m), at an elevation of 50 feet (15 m) above the water level. The approach viaducts on each side of the bridge both comprise three masonry arches.

Completed on 9 May 1903, the bridge was built by Arrol's Bridge and Roof Co. It was originally built to carry the Ballachulish branch of the Callander and Oban Railway, which opened on 20 August 1903. Nearly 2,600 tons of steel was used in its construction and it cost almost £43,000 to build.

Originally, the bridge carried just the railway (a single track). In 1909, however, an additional train service started running between Connel Ferry station and Benderloch on which road vehicles could be transported over the bridge. A single car was carried on a wagon hauled by a charabanc that had been adapted to run on rails at St. Rollox railway works in Glasgow. This service also called at North Connel station at the north end of the bridge.

In 1914, a roadway was added to the bridge, alongside the railway line. The road occupied the western side of the bridge, with the railway running parallel immediately to the east. Due to the close proximity of road and railway, road traffic and trains were not permitted on the bridge at the same time and the bridge was effectively operated as an extended level crossing with gates. The road crossed to the opposite side of the railway at the north end of the bridge. A toll was payable by road users. After the branch line closed in 1966, the bridge was converted for the exclusive use of road vehicles and pedestrians, and the toll was removed. Despite the railway track having been removed, the roadway is not wide enough for vehicles to pass. Traffic lights are installed at each end of the bridge to enforce one-way traffic.

The steel arches at each end of the bridge have been raised after being struck by overheight vehicles. The current height limit for vehicles using the bridge is 13.8 feet.