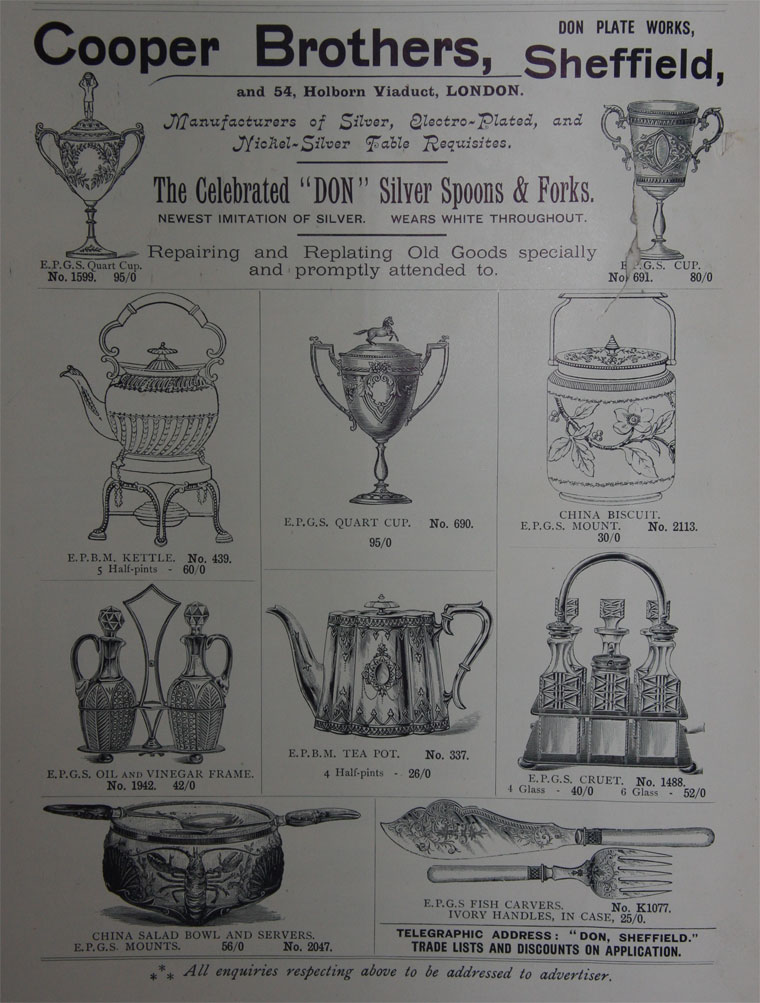 1866 The firm was founded as Cooper Bros. Wages Book - main series of entries begins in May, and show weekly payments, at first to only two men, but later to ten or twelve [1]

1871 In a directory of 1871, their address is given as 14½ High Street and they are described as manufacturers of electro-plated and nickel silver spoons and forks.

1885 They purchased the Arundel Street works where they remained until 1983.

1893 See a description of their works at Cooper Brothers and Sons: 1893

In 1983, the business was acquired by Frank Cobb and Co